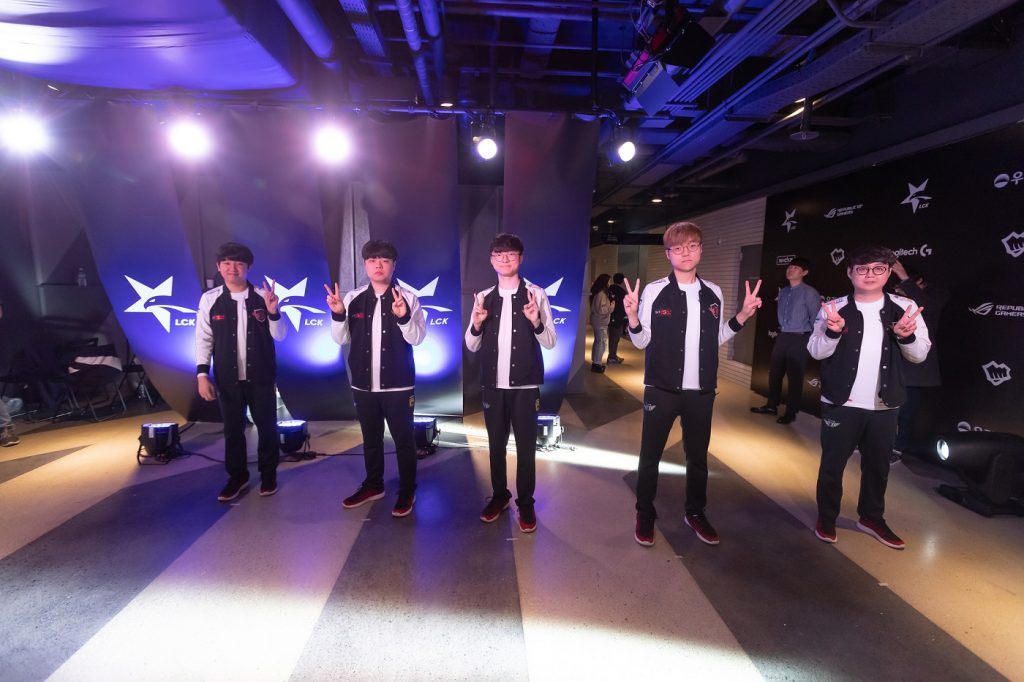 The 2019 League of Legends Champions Korea (LCK) Spring Playoffs begin April 3 and will last until April 13. Five teams will compete for a ₩ 350,000,000 South Korean Won prize pool and to be crowned Spring Split champions at Jamsil Indoor Stadium in Seoul, South Korea.

The ultimate goal in Korea is to win championships, so prize money is of secondary importance. A domestic championship is one of the top goals, but so too is qualifying for international tournaments to represent Korea. The Spring Split champion will receive 90 championship points toward 2019 Worlds qualification, a spot in the MSI and a spot in Rift Rivals.

The LCK receives four spots at Rift Rivals, so only the loser of the opening round will not attend. Championship points are crucial to 2019 Worlds qualifications because, outside of the 2019 Summer Split champion, the team that has gained the most championship points throughout 2019 will automatically qualify for Worlds 2019.

Round 1 between SANDBOX Gaming and DAMWON Gaming will be a best-of-three match, but the remaining three matchups will be best-of-five. The first three rounds will be played every other day:

The Finals will take place between Griffin and the last team left standing on Saturday, April 13 at Jamsil Indoor Stadium in Seoul, South Korea.

By virtue of the King-of-the-Hill format, we already know we’ll be seeing Griffin in the finals. SK Telecom T1 is thought to be their main competitor, and they will only need to win one best-of-five to make it there.

Kingzone DragonX have played well of late, beating Griffin in the final week of the regular season. They also have an advantage over SANDBOX and DAMWON courtesy of securing the third-seed.

DAMWON Gaming are the dark horse candidate to make a run in the LCK playoffs. Their skill ceiling is higher than SANDBOX Gaming or Kingzone DragonX. Consistency problems have plagued them throughout the season, though the additions of Lee “Flame” Ho-jong has helped in that regard. If they get hot, they have the individual strength to match up with any team.

SK Telecom T1 have come together and are peaking as Griffin slides at the wrong time. They take the Finals 3-1 as Lee “Faker” Sang-hyeok reclaims his throne.