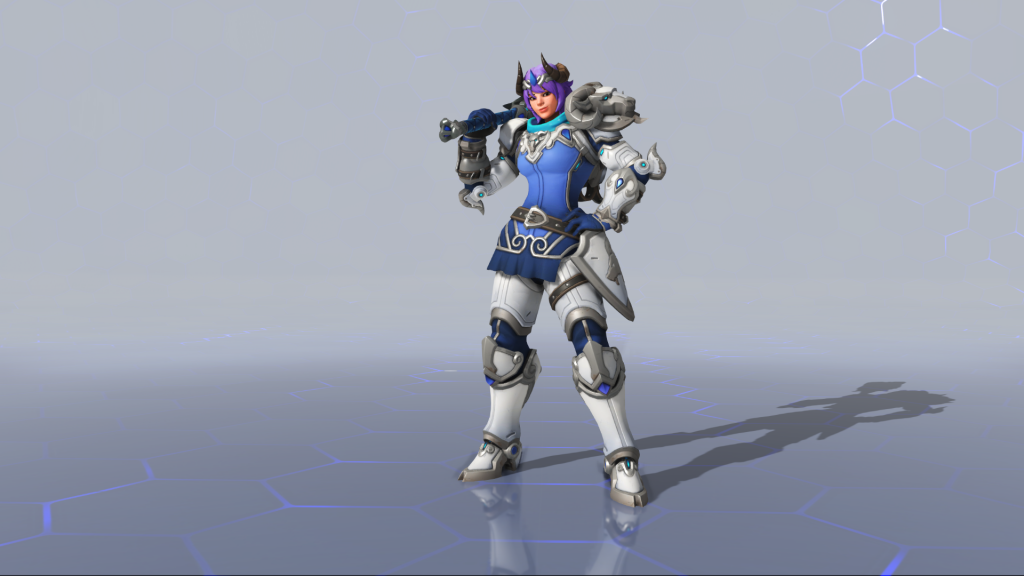 Overwatch’s latest retail patch went live on Tuesday. The major changes in the new patch include nerfs to Brigitte, buff’s to D.Va, and the addition of a permanent Competitive Open Queue mode under Overwatch’s Competitive card. The developers tested all of the hero updates included in Tuesday’s patch on the experimental card added on June 23rd. (Photo courtesy Blizzard)

Overwatch’s latest retail patch went live on Tuesday. The major changes in the new patch include nerfs to Brigitte, buff’s to D.Va, and the addition of a permanent Competitive Open Queue mode under Overwatch’s Competitive card. The developers tested all of the hero updates included in Tuesday’s patch on the experimental card added on June 23rd.

The new patch contained multiple changes to Brigitte’s abilities. Most notably, her Repair Pack will no longer grant 75 additional armor to teammates who received the Repair Pack at full health.

According to the patch notes, the Repair Pack’s ability to grant armor to any hero was simply too powerful. The repair pack significantly altered the balance of many squishier heroes. For example, Tracer deals a lot of damage very quickly, but is balanced out by her low health pool of 150 hp. However, when you add 75 armor on top of that HP she becomes a very difficult hero to answer, especially in the Overwatch League. Tracer + Brigitte has been a very powerful combination throughout OWL season 3.

Unfortunately for Brig mains, the nerf to Repair Pack will significantly decrease the effectiveness of Brigitte. The primary reason to select Brigitte before Tuesday’s patch was the additional armor. Without the ability to apply armor, it will be difficult for her to make a serious impact as a healer.

The Overwatch League receives retail patches two weeks after they go live, so these changes will not affect this weekend’s Summer Showdown. However, when the changes are added they will likely cause a significant reduction in Briggitte’s OWL pick rate.

Ashe’s dynamite cooldown was increased from 10 to 12 seconds. According to the patch notes, the change is in response to the recent increases in Ashe’s overall weapon damage. In the past couple of months Ashe went from seeing almost no play time in the Overwatch League to being one of the most popular hero picks after the L.A. Valiant’s Kai “KSP” Collins demonstrated her potential damage output in week 11. She has been a common staple in the OWL meta ever since.

The change to the Dynamite ability should not significantly alter Ashe’s effectiveness, though it should encourage players to focus less on landing dynamites and more on landing headshots.

D.Va received a few buffs meant to make her more responsive, without directly buffing her damage in any way.

Although these buffs won’t increase her killing potential, the changes will increase her overall  effectiveness and reaction time during team fights.

Junkrat received a couple minor quality of life changes for his Concussion Mine and his RIP-Tire. For his Concussion Mine, the trigger delay was changed from 0.156 seconds to .1 seconds. The five hundredth of a second adjustment is barely noticeable in game. However, according to the patch notes, this change should allow Junkrat to do Concussion Mine jumps which were made obsolete after a previous patch increased the mine’s projectile speed.

In addition, the time to regain control of Junkrat after using his RIP-Tire was reduced from 1.5 to .9 seconds.

Open Queue was added as a permanent competitive mode. The readdition of Open Queue was announced back in May. Overwatch Lead Designer, Jeff Kaplan, has argued that Open Queue will help reduce overall DPS queue times, since the Open Queue has proven popular among DPS players. Starting in season 23, which starts on Wednesday, players who enter the Competitive card will be prompted to select between a Role Queue and an Open Queue option.

Season 23 is also bringing some changes to high level placement matches. Going forward, the developers have instituted a placement SR cap of 3900. This means that no player will be able to place above 3900 SR by only playing their placement matches. Instead, players will have to win regular season matches to earn a higher skill rating.

According to the patch notes: “This change is intended to address many of the issues that SR Decay tried to fix, but in a more positive manner that rewards staying active and playing more games instead of penalizing players for not playing enough.“

This patch introduced a lot of changes, which is in line with the developers commitment to experiment and bring more changes to Overwatch throughout 2020.