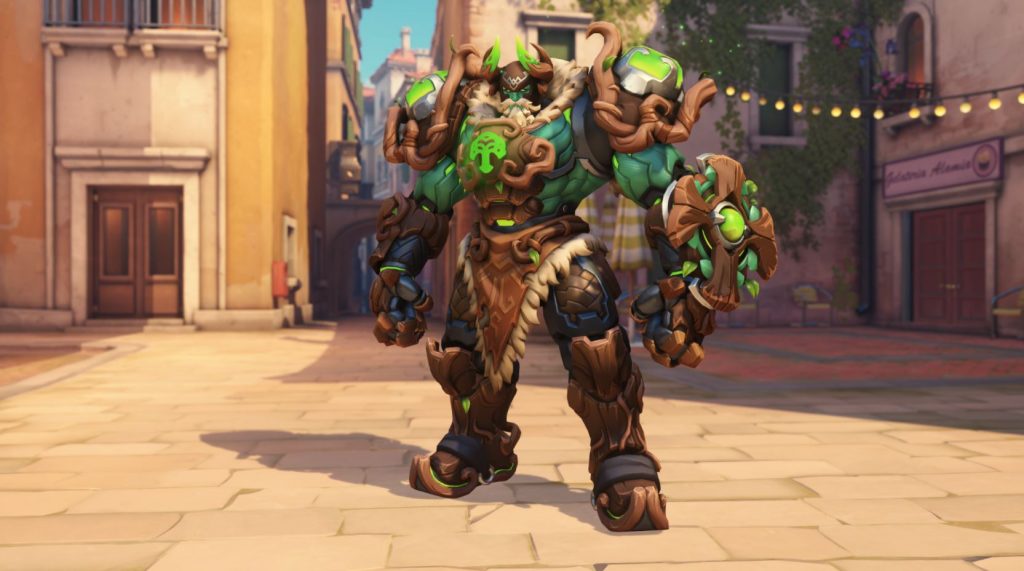 The new patch went live on retail servers on Thursday, and contained a handful of balance changes. (Photo courtesy Blizzard)

A brand new patch was released for the Overwatch retail servers on Thursday, which included a small nerf for Baptiste and a moderate buff to both D.Va and Reinhardt. All of the new changes were tested on the most recent experimental card over the past week before being finalized and released for all modes.

D.Va received a buff in Thursday’s patch which changed her health pool from 200 armor with 400 health to 300 armor with 300 health. Armor blocks five damage from any attack that deals more than ten damage, and it halves the damage of any attack that deals less than ten damage. This means that armor is an effective tool for countering shotgun pellets, damage-over-time beams, and weapons that rely on hitting a lot of shots quickly, because armor has a more significant effect on lower damage pellets than high damage hits. By increasing her armor, this change should make D.Va a more durable hero, which is good since she has been feeling pretty squishy for a tank in recent months.

The developers gave Reinhardt a similar buff, increasing his armor from 200 to 250. Post change, Reinhardt has a total health pool of 550 health, 250 of which is armor and 300 of which is health. They also increased the damage of his Rocket Hammer from 75 to 85 damage per hit. The buff to his damage means he can kill a 250 health enemy in three hits instead of four. When combined, these two buffs should make a significant improvement on Reinhardt’s frontline abilities, since he will be able to deal more damage and take more damage.

Finally, the developers nerfed Baptiste in this Overwatch patch by lowering the health on his Immortality Field from 200 to 150 and increasing the cost of his ultimate, Amplification Matrix, by 15%. He recently received a buff to his Biotic Launcher and Amplification Matrix in the last patch on November 18th. Those adjustments made Baptiste much more effective than the developers had originally intended, so they decided to nerf him by making his Immortality Field slightly worse and making it harder to earn his ultimate.