LATAM and EU to Battle in Six Invitational Lower Bracket 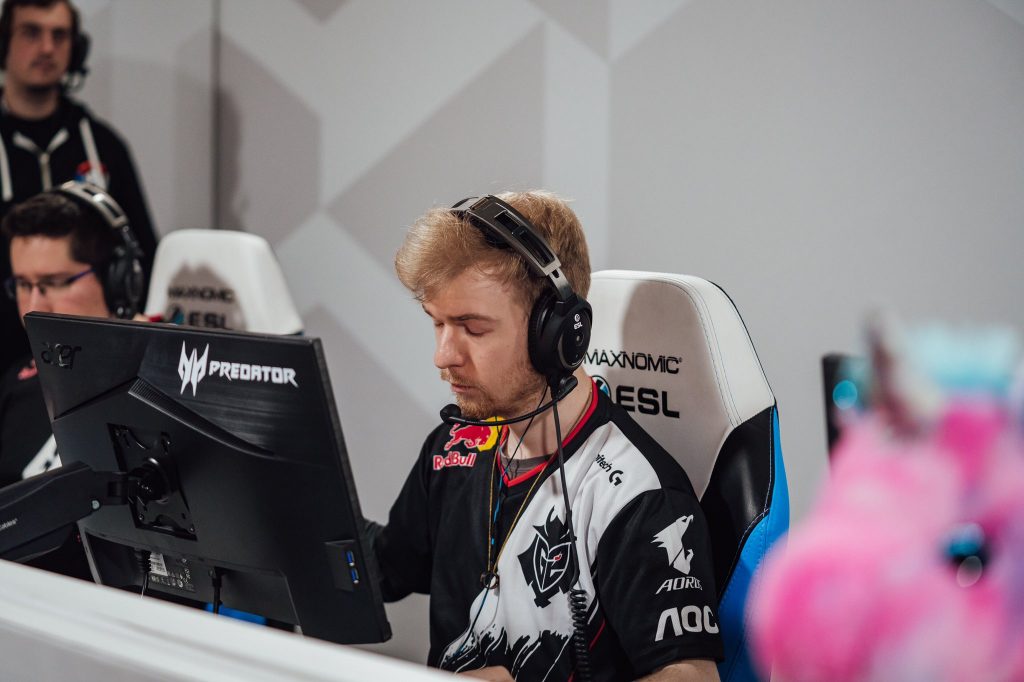 G2 will have to fight through the lower bracket to defend their Six Invitational crown. (Photo courtesy Image by Peter Chau - Ubisoft)

TSM once again took another best-of-three series 2-0. But, like their Na’Vi series, the score doesn’t reflect the perceived stomp. TSM was so close to losing Consulate against Ninjas in Pyjamas, regardless, they won the map 8-7 in overtime. TSM started well, but NiP’s tactical timeout early got them dominating the map. NiP was on match point, however TSM’s tactical timeout got them back into the game. From there, it was too close for comfort for both teams. The real MVPs of the map must be the coaches.

Moving on, TSM finally showed us that hype that was built around their squad just weeks before. TSM destroyed NiP on Kafe Dostoyevsky. Surely, this result restored some confidence after SSG beat TSM to a pulp on Kafe in the group stages.

Fnatic load up on upsets during the Six Invitiational, taking down another EU giant in G2 Esports. Every map was surprisingly close with G2 winning Kafe 7-5. Fnatic took the next two maps, Border 7-4 and Villa 7-5. The best part about this is that Villa is G2’s not so secret weapon for LAN environment. Fnatic took Villa with a fair 1v1 fight to close out the series.

The thing about Fnatic is not that they are one of the best teams at the event, but their team ethic is second the none. The APAC region isn’t full of great teams or great players. Although, when APAC producea magic such as this, it’s because they understand their opponent, and have great faith in each other.

Patrick “MentalistC” Fan said on twitter he hasn’t been himself during the Team Empire or G2 Esports series. Regardless, Fnatic haven’t felt the repercussions of that just yet. Their team environment looks and feels authentic. If you don’t want Fnatic to win the Six Invitational at this point you have no soul.

A true team backs up any team member feeling down and under performing. My brain was not functioning today and played extremely poorly

But my team never stopped supporting and encouraging me, and then I had the confidence to make my only good decision last round

Spacestation Gaming had a good series against MiBR. Villa was the opening map, and both teams played an extremely good attack. For those unaware, Villa is a heavily favored defender map. Both teams went 3-3 on both sides. Villa then went to overtime, where SSG’s double defence won them the map.

From there, SSG won Border 7-4. For both teams, this was the battle of the perceived underdogs. They both had a solid series and it was easily the most calm and collected series of the day. We look forward to seeing both teams compete in their next battles. Especially since every other series so far has had our hearts working overtime.

DarkZero had quite the showing against BDS Esports. On Border, DarkZero’s destruction of BDS’ supporting elements caused BDS to struggle on the defense. On the attack, Bryan “Elemzje” Tebessi and Stéphane “Shaiiko” Lebleu visibility on the leader board propelled them to almost make it an overtime battle. Although, DarkZero closed the map 7-5.

Moving on, Consulate was so close that Europe sat on the edge of their seats. Consulate ended on the final overtime round with BDS taking the win. There’s not much else to say here other than both teams attacking side was poor. However, it was enough for them to get a map win as DZ’s attack failed in overtime.

Dark Zero made up for their poor attacking side with domination on Coastline. Matthew “Hotancold” Stevens earned two kills every round. The hard carry he put on was enough to make us think he was challenging for the highest kill record. Despite this goal in view, the game didn’t last long enough for that to happen. DZ won Coastline 7-2. No doubt they feel confident moving on.

With the Six Invitational quarterfinals are done, LATAM and EU will face off in the lower bracket on Thursdsay. G2 Esports will battle NiP, with BDS facing off against BDS Esports. For these four teams, it will be a battle for regional survival. Meanwhile, TSM will play Fnatic, with SSG and DZ having a regional battle in the upper bracket semi-final.