Larssen on Rogue’s Chances, How To Beat Top Teams 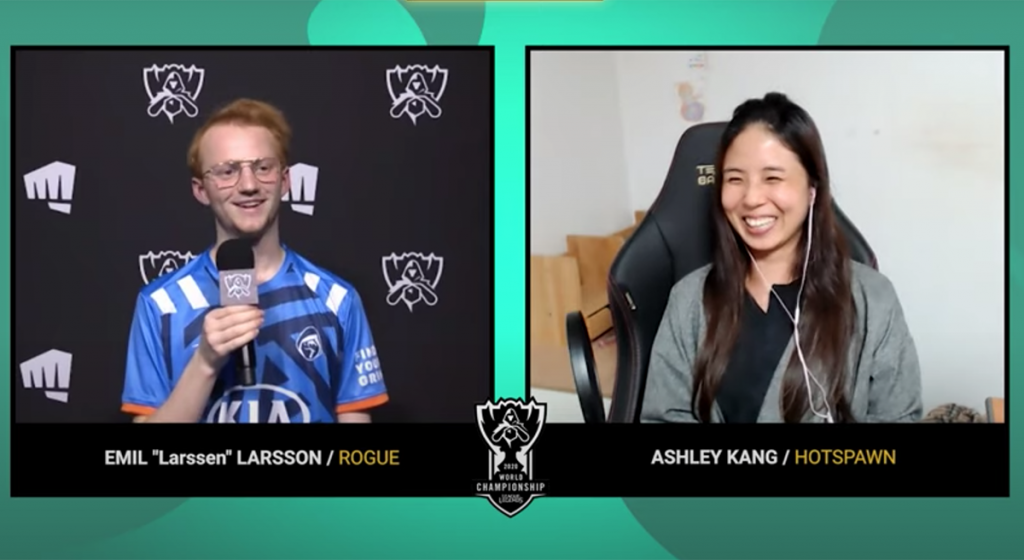 Larssen gives Rogue a "40% chance" of getting out of the Group Stage.

Halfway through the Group Stage at Worlds 2020, Rogue find themselves 1-2 and in need of wins to make it to the quarterfinals. Following the team’s defeat to JDG, Ashley Kang spoke to Rogue mid laner Emil “Larssen” Larsson about what happened in that loss.

“I think we had a good shot at winning the game,” said Larssen following the loss. “But I’m not actually sure what went wrong in the game, it kinda exploded and suddenly it was kinda hard to win when I felt like we were in a really good spot.”

Despite the defeat, it was obvious that Rogue had leveled up between their games against DAMWON and JDG. One of the biggest things that Rogue learned in that 24-hour span was how they should be playing against the tournament favorites.

With only the top two teams in each group moving on in the tournament, Larssen knows how important picking up victories are, especially against either DAMWON or JDG. However, the mid laner is far from deterred.

“I think we have a decent chance [to get out of groups]…We just need to win against JDG and PSG, so it’s not impossible,” Larssen tells Kang. “I would give it maybe like, 40%. Maybe it is optimistic…It’s best of ones, right. There’s only three games, so I think anything can definitely happen. So, yeah, I’m a believer”

Rogue will have several days off before they take to the Rift again, with their next set of games coming on Friday, October 9.