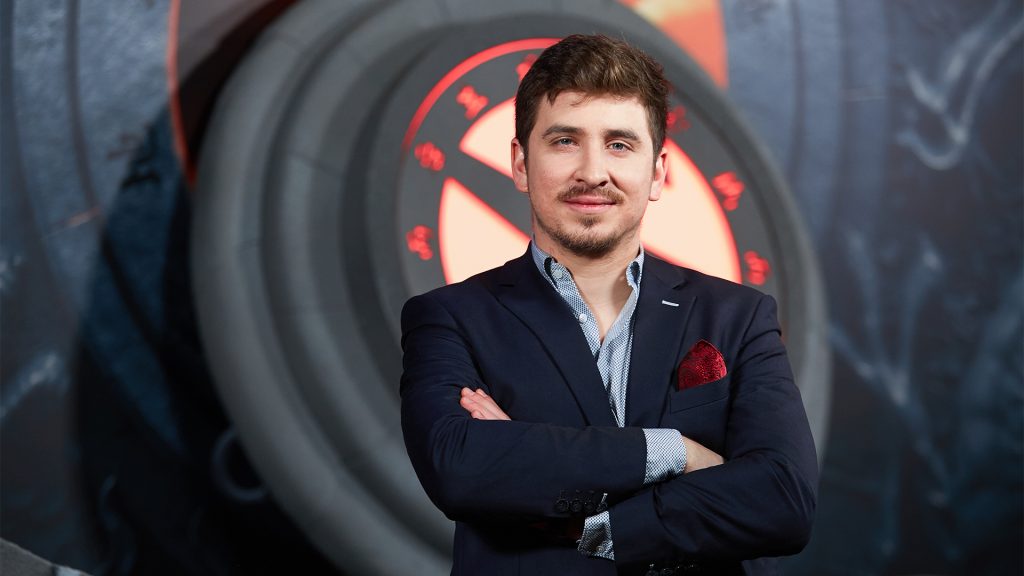 Dota 2 analyst and ex-professional player Kyle “Kyle” Freedman has once again taken to social media to express his thoughts, this time sharing his belief that Valve has mismanaged the competitive scene.

The 2,700-word post made on Medium focuses on three main points; Valve’s approach to TI’s prize money distribution and disapproval of revenue sharing, the lack of incentive to enter the Dota 2 space in the current climate, and Valve’s poor response to supporting the scene during the COVID pandemic.

“Their (Valve) support begins and ends in August”

“Like most esports, Dota 2’s world championship serves primarily as a marketing tool for the developer,” said Kyle. “Every August, Valve cements themselves as ‘bigger & better’ than rival publishers. But unlike those competitors, their support begins and ends in August.”

Kyle’s comment was made in relation to Valve’s decision to change the prize distribution percentages for TI9 in the summer of 2019. Epic Games’ Fortnite World Cup was held that same summer and offered $15 million in prize money. At TI7 and TI8 the winners took home 44% of the total prize money, but for TI9, Valve tweaked the percentage to 45.5%, meaning the winners would win just over $15 million, ensuring Fortnite did not snatch the record for biggest prize money.

“Over the years, more and more money has been funneled to the TI prize pool. More and more importance is put on TI, and less and less to the rest of the year,” said Kyle.

Well written article. Valve gets the 3/4 of the pie, Tier 1 players get 1/4. EVERYONE ELSE IS LIVING OFF THE CRUMBS. I have a dream that one day Tier 2 Dota pros make at least 1/2 of what Tier 2 League/CSGO pros make, I'd be happy with that. (right now its about 1/5) https://t.co/ZrrFYNeAg5

“Only a moron would bite the hand that feeds”

Lack of revenue sharing by Valve was another point of heavy criticism in the blog post.

Kyle went on to say that at TI5 several teams, including his own at the time CompLexity, reached out to Valve to ask for a share of revenue generated from the in-game fantasy system. “After all, Valve was using their team logos, their players, their IP, and selling it in-game without giving the teams themselves, well, anything,” said Kyle. “Some organizations estimated that the revenue could approach six figures per team, even if splitting 50/50 with Valve.”

According to Kyle, Valve declined and suggested instead that if they had a problem with the system, their team IP could simply be removed.

“Ultimately teams were left with two options — publicly explain the situation and pray for enough community outcry to strongarm change (no other weapons exist) or just shut up and go away. They chose the latter. Only a moron would bite the hand that feeds.” 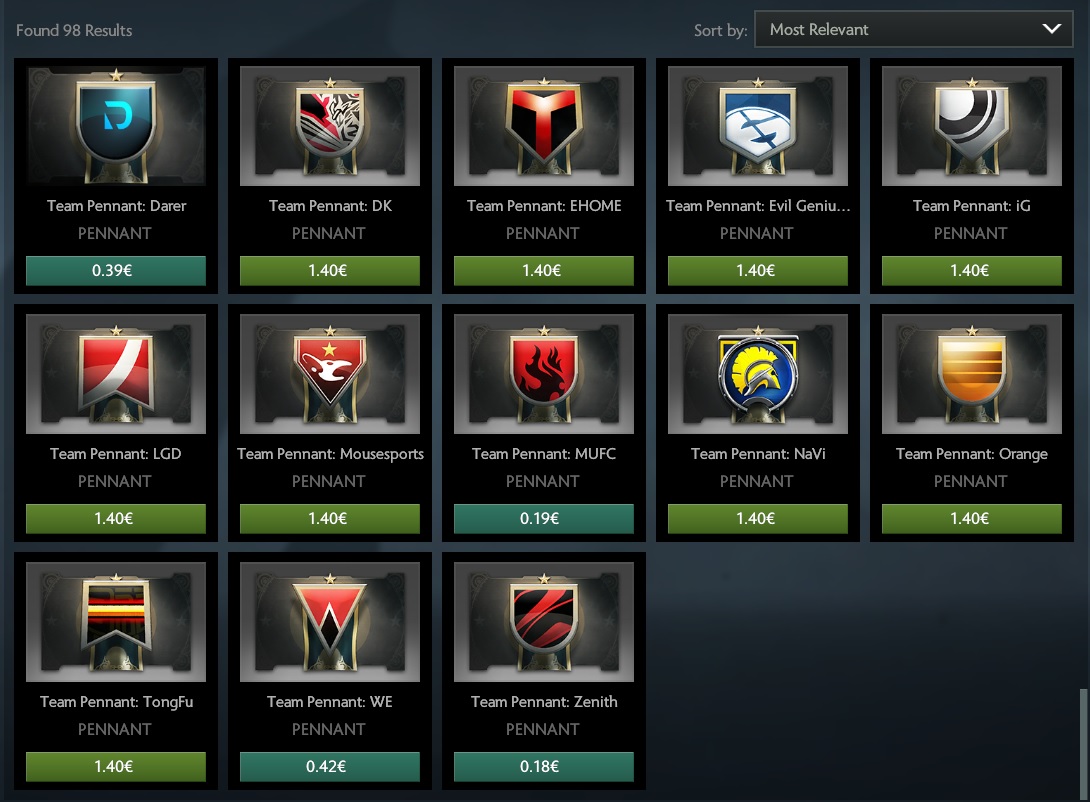 Pennants were previously purchasable at TI to show support for your team.

“Remember pennants? They represented ~$50,000 to $100,000 in revenue annually to popular teams. Enough to hire a couple [of] content creators, an extra coach, to pay 2–3 months of top-end salary. Alas, our Gods are not motivated by paltry five-to-six figure sums. They are no longer functional,” said Kyle.

“Valve made themselves the only merchant”

Pennants were purchasable in-game and allowed fans to show which team they were supporting, but it is not just at TI that Valve has limited revenue sharing as Kyle mentioned. In 2014, Valve allowed third-party tournament organizers to have their own Compendiums for their events, which would both increase the prize pool of the tournament and create an additional revenue stream.

“The Summit 2’s prize pool went from $100,000 to $310,912 thanks to the community’s purchase of in-game cosmetics linked to the event,” said Kyle. “Comparatively, after Valve stopped supporting TO’s creating their own in-game compendiums, the Summit 5 tried crowdfunding through their own BTS website selling real world merchandise and collectibles. The prize pool increased from $100,000 to $101,044. Virtual hats sell better than real ones, and Valve made themselves the only merchant.” 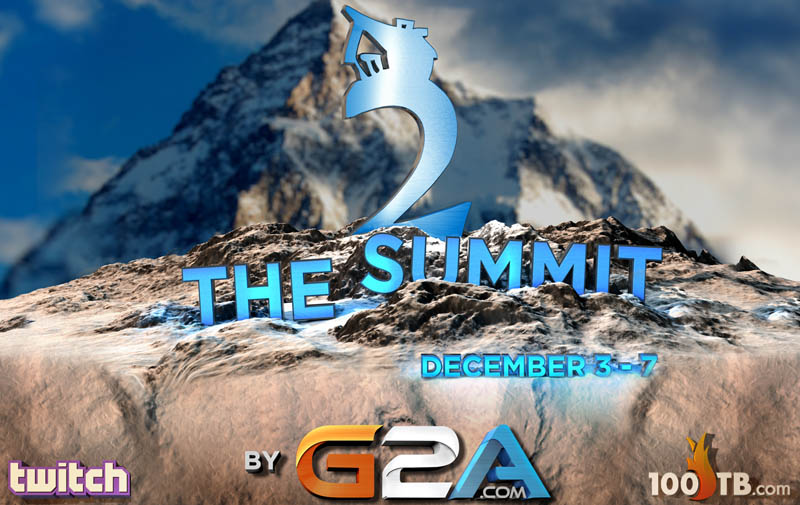 Kyle went on to say, as many fans generally already know, that this lack of revenue sharing makes Dota 2 as a game not particularly appealing for big-name esports organizations.

There is no current franchise structure in place in Dota 2 compared to the likes of Call of Duty, Overwatch and League of Legends, but the lack of an ROI has stunted Dota 2’s scene.

Overall many of the issues Kyle covered are well known, but given Valve’s limited involvement in their competitive scene during COVID, the analyst called for a change of approach that would allow third-party organizers to lead the charge.

“I have no doubt that if it became a priority (for Valve), the Dota 2 competitive circuit could rival or best any competitor. It just isn’t a priority,” said Kyle. Aside from criticizing the situation, Kyle also proposed a solution.

Kyle’s solution to TI and the Dota 2 pro scene

“Cap the TI prizepool at 25 million. First place gets 10. It’s enough to keep players motivated, I’ve asked. Open the system. End the DPC. Let anyone throw an event anytime. The market can work it out,” said Kyle.

“TI Qualifying Points to be earned based on the amount of regional representation/global rankings/total prizepool/whatever that a tournament possesses. Keep the rest in a war chest. Use it to match the $$ of any event worthy to count for the year’s journey to TI.”

The fact TI10’s prize pool has surpassed $40 million means that Valve has made over $120 million, as they take a 25% cut of any crowdfunding. As Valve so far has not announced any major financial support for the competitive scene despite the lack of a Dota 2 Pro Circuit, this has led to a section of the community growing a distaste towards Valve, believing the developer has not reinvested a reasonable amount of the profit in keeping the scene alive.

On September 4, Valve made a statement in response to “a lot of negative feedback from fans,” stating that they felt that “a lot of the points that were raised were reasonable criticisms towards us, especially because we did not communicate what our intentions were.”

Valve said at the time they had begun reaching out to offer financial support to tournament organizers, but aside from the $45,000 to a South American organizer, there has been little to no news regarding their upcoming financial support of the competitive scene. Kyle’s blog post is likely to cause a surge in discussions regarding the future of Dota 2, the question is whether Valve would feel the need to speak.