Kuroky to Return to Play After Five Month Hiatus 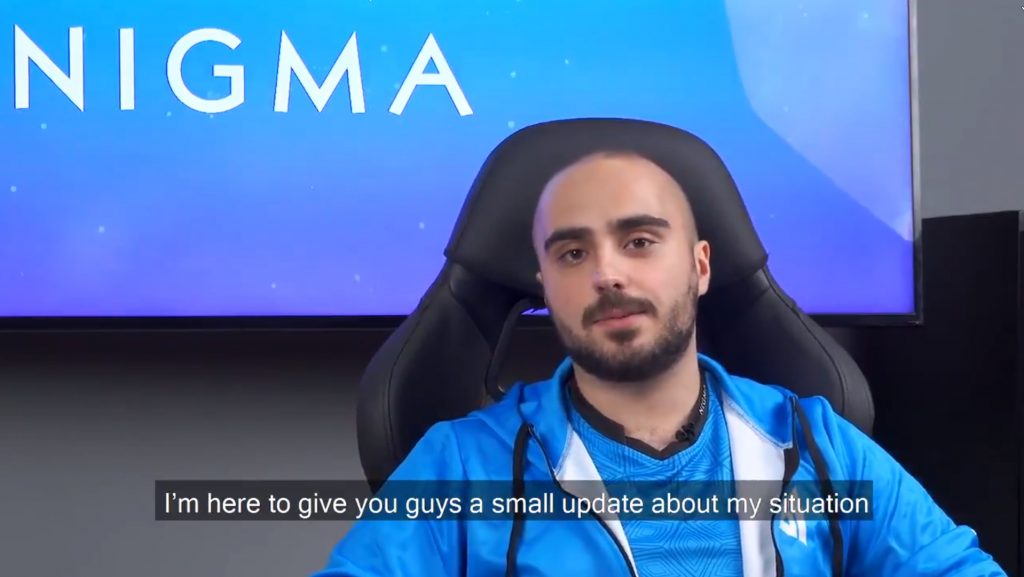 Amidst concerns that Kuro “KuroKy” Salehi Takhasomi was about to announce his retirement from competitive Dota 2, he has instead revealed his impending return. The TI7 winner has been out of action for five months but in an official video from the Team Nigma office in Cairo, Kuroky explained the reason for his absence:

“I’ve been struggling with some issues in my hands and my arms, I’ve had issues for a couple of years now,” said Kuroky. “It just came from all the grinding I’ve been doing. I never really took proper breaks, never really took good care of it and the corona situation gave me an opportunity to slow down and take good care of myself. I’ve been just on the path of recovery the past few months. Every day I feel better and better, and I’m excited to announce that I’m going to play the upcoming Epic League.”

The last time Kuroky played for Team Nigma was back on June 28th in the Grand Finals of Beyond Epic League, where his team suffered a 3-0 defeat at the hands of Team Secret. Since then, Coach Roman “rmN” Paley has stood in for Kuroky, helping the team achieve a first place at OGA Dota Pit Season Two and a third place at OMEGA League Season One. Team Nigma’s win percentage without Kuroky was 59%, with 13 wins in 22 matches.

Kuroky remains one of Dota 2’s most decorated leaders and prolific players, having made it to three TI Grand Finals, and is the #6th highest earning esports player of all time with over $5 million in prize money. News of his return will come as a relief to Dota 2 fans who, given his extended period out of action, had begun to fear an imminent retirement.

“I’ve just started scrimming with the team and we’ve been practicing the past few days and I feel really good. The guys feel really good and we’re just very excited to get to play together again,” said Kuroky. “Hopefully we’re going to manage to give you guys inspiring games.”

Team Nigma to expand to other titles

Aside from sharing the excellent news of his impending return, Kuroky also used the opportunity to give an update on the organization’s plans moving forward. “It’s been around one year since we made Team Nigma, and we’re quite happy with how things are going,” said Kuroky. “Obviously our whole plan slowed down due to COVID-19 but overall we’re satisfied with how things are going.”

“We’re focusing a lot on promoting Esports in the MIddle East, we did the RIsing Stars tournament which has been a huge success for us personally,” said Kuroky. “(…) With Team Nigma we’re planning to expand into a different territory and looking into other games as well.”

Typically a man of few words, Kuroky still did not miss the opportunity to thank the staff of Team Nigma and the Dota 2 fan base. “I want to thank you guys who’ve always been supportive of us, in the good times and bad times and in these trying times. I hope you guys won’t miss out on the games tomorrow, and I’ll see you there,” said Kuroky.

Kuroky’s first match back is on November 14th as Team Nigma take on Mud Golems, a team they unexpectedly lost 2-0 to in the ESL One Germany 2020 group stage.