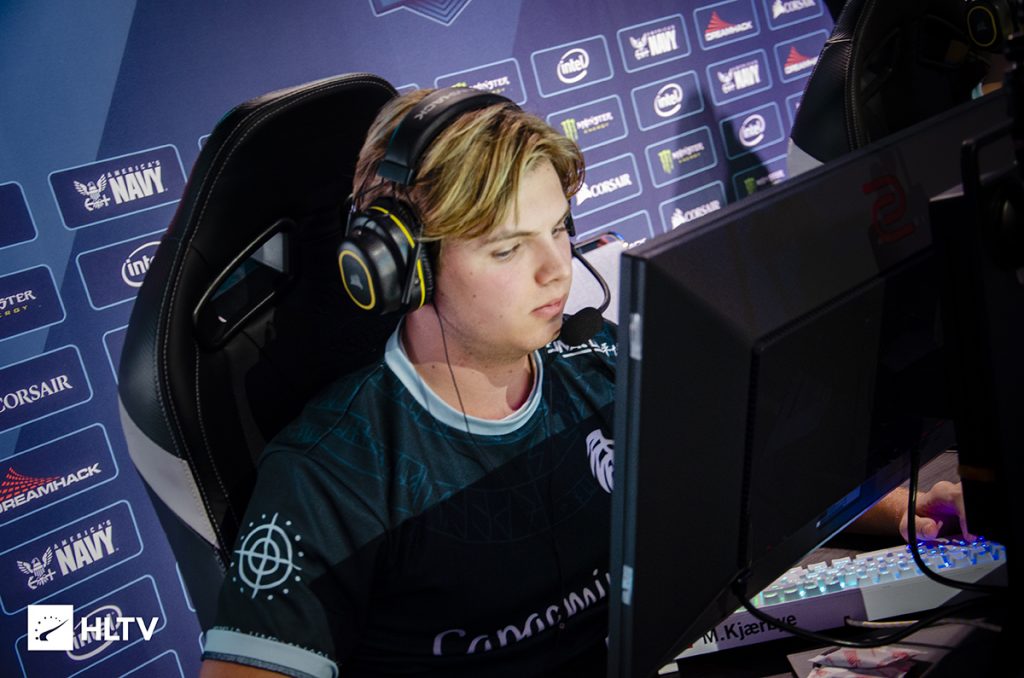 According to Kjaerbye himself, he’s been experiencing “abdominal pains, breathing problems, and chest cramps” in the last several months which has inhibited his performance (Photo via HLTV)

North has announced Kristoffer “Kristou” Aamand will join the team on loan while Markus “Kjaerbye” Kjærbye takes an indefinite break due to medical concerns.

Kristou, the 18-year old Danish rifler, will make his way from AGF Esports. He is said to have already begun practicing with the team ahead of DramHack Masters Spring 2020, according to the organization.

Kjaerbye had been absent from a number of North matches this month, forcing the Danish group to field Jimmy “Jumpy” Berndtsson as a stand-in. Despite this, North was able to secure a spot in the ESL One: Road to Rio playoffs.

According to Kjaerbye himself, he’s been experiencing “abdominal pains, breathing problems, and chest cramps” in the last several months which has inhibited his performance. At the time of writing, it’s unclear when Kjaerbye will return to action.

“I have to a point where I need to listen to my body, and give it time to fully recover. I don’t know when I will be back on the server but, I do know that I need a break. I want to thank my family, fans, and the North team and management for supporting and understanding,” he wrote.

North’s Head of Esports Operations, Graham Pitt, commented on the situation in a statement, saying:

“We have been collecting and tracking data on a number of young talents in the Scandinavian region as part of our expanded scouting directive in 2020. When it became apparent that we would need a short term substitute due to Kjaerbye’s unfortunate situation, we wanted to take the opportunity to look at the future and use a young and developing talent.

“Among the many players that were at the top of our metrics, further analysis from our coaching team lead to Kristou standing out as a player that had the qualities that we desired for the role we were looking to fill. We are looking forward to seeing him play during our run in Dreamhack Masters.”

The move will be a significant leap into the upper-percentile of Counter-Strike teams for Kirstou. However, he does stand out in the lower levels of CS:GO, swaggering a 1.47 average K/D in the Elgiganten League.

North will enter the server with Kristou as soon as tomorrow in the ESL One: Road to Rio Europe playoffs against GODSENT. Although, thicker competition is right around the corner at DreamHack Master Spring, where North will faceoff against G2, Astralis, and Heroic as early as next week.

With Kjaerbye out, North will be fielding the following: