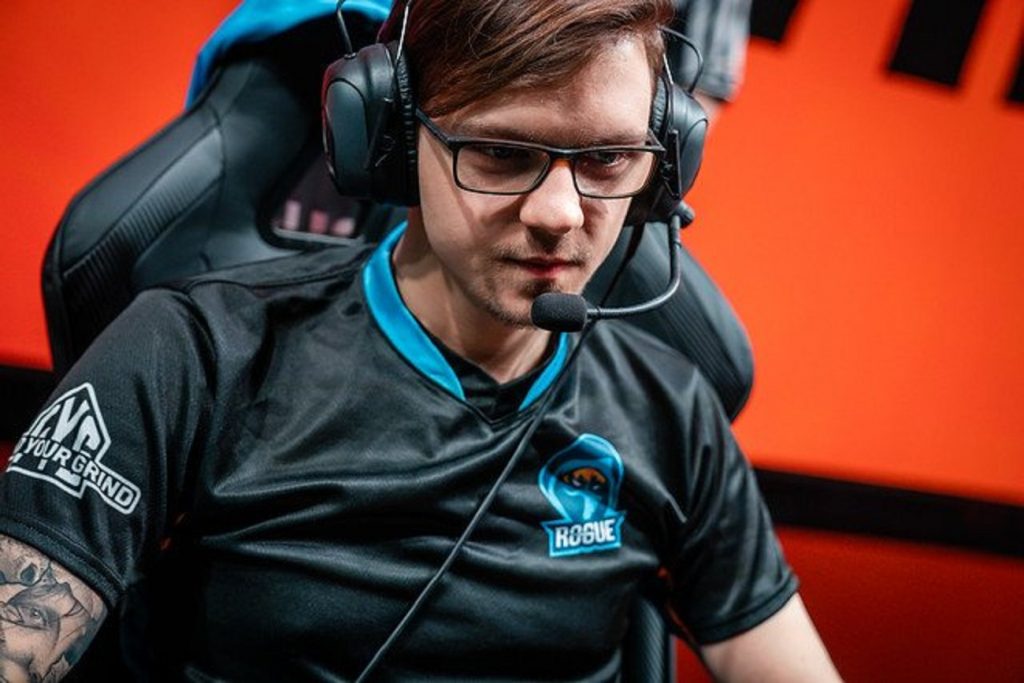 Kikis announced his free agency this week. He's leaving Rogue and looking for a new team in the LEC or LCS. (Photo courtesy of Rogue)

The League of Legends off-season shakeup has well and truly begun. Mateusz “Kikis” Szkudlarek has announced that he has departed Rogue’s franchise in the LEC.

In the statement released by Rogue, it was made clear that Kikis and the team came to an agreement that changes needed to be made. As a result, they made the decision which has led to Szkudlarek’s departure.

Kikis also updated on his current ambition on Twitter. In a screenshot, Kikis states that he is a free agent, who is looking for a team in either the LEC or the LCS. If no contract can be made, then he will “just grind solo Q untill [sic] one of the teams decide that their jungler is not good enough to carry them in playoffs/to playoffs.”

In a Reddit post, Rogue has made it clear that they intend to start Rogue academy’s jungler, Kacper “Inspired” Słoma as Kikis’ replacement. In addition, Rogue intends to flex their Marksman position between Martin “HeaQ” Kordmaa and Paweł ‘Woolite’ Pruski. More roster news from Rogue is also on the horizon as hinted by the RogueGG Reddit account.

It is clear heavy changes are needed for the Rogue franchise. The team finished dead last in the LEC  Spring Split with a 2-16 win-loss record. The only wins Rogue managed to achieve were against Excel Esports and Misfits. In both games they utilized substitute support Oskar “Vander” Bogdan and substitute toplaner Finn “Finn” Wiestål from their academy team in the Polish League.

These changes are a good start for Rogue to secure a better start in the Summer Split of the LEC. With more room for changes in the roster coming, Rogue’s offseason is looking very promising.