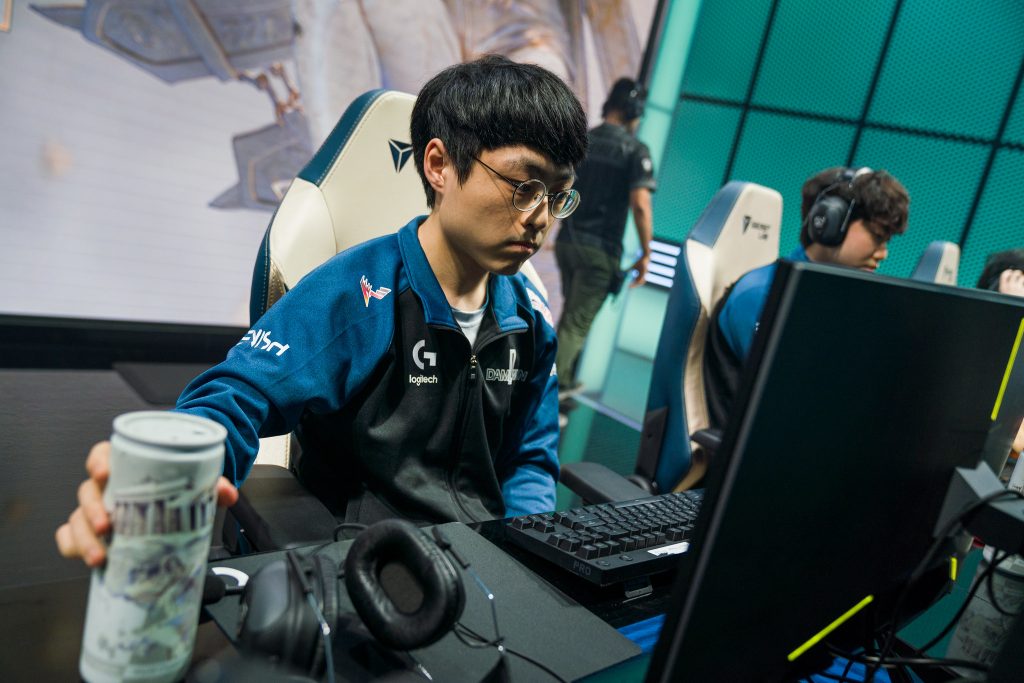 Its been a while since the professional League of Legends season ended. The annual KeSPA Cup is right around the corner to help players and viewers alike get back into the swing of things before Season 10 officially begins.

Starting on December 23, 20 of Korea’s best League of Legends teams will face off in a battle for pre-season supremacy. This is a chance for the organizations to show off their shiny new rosters and gain some momentum going into LCK and CK Spring 2020.

The top four finishers in League of Legends Champions Korea circuit points have earned a pass to the playoffs.

The other sixteen teams have been seeded into a single-elimination bracket. Matches will be best-of-three. The top four teams out of this bracket will qualify for playoffs.

The eight-team playoffs will be a single-elimination bracket with best-of-three matches for quarterfinals and best-of-five matches for semifinals and finals.

The twenty teams participating in KeSPA Cup 2019 are:

At the top of the food chain, we have T1 (formerly SK Telecom T1), Griffin, DAMWON Gaming, and SANDBOX Gaming already qualified for playoffs. 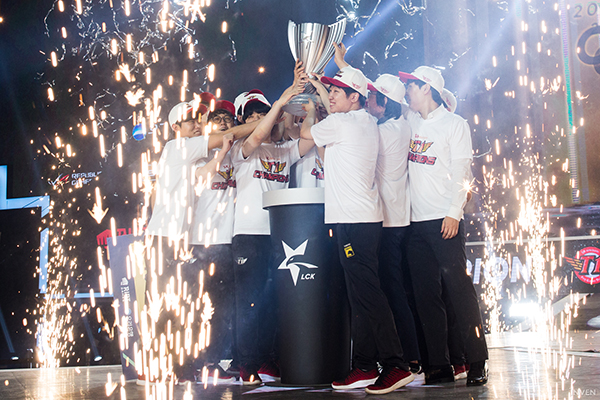 T1 bested all of these teams on their championship run in Summer 2019, but their roster has changed quite a bit since then. They will have Kim “Roach” Kang-hui replacing Kim “Khan” Dong-ha in the top lane and Moon “Cuzz” Woo-chan replacing Kim “Clid” Tae-min in the jungle. Cuzz is expected to be a sort of a lateral move to Clid, while Roach is seen as a downgrade from Khan, until he proves himself. In addition, long-time head coach Kim “kkOma” Jeong-gyun has left T1, his replacement being Kim “Kim” Jung-su from DAMWON. KeSPA Cup will be a good indicator of how well the team has come together after the changes.

Griffin’s massive Worlds and offseason fiasco has left the team fragmented. Only jungler Lee “Tarzan” Seung-yong and ADC Park “Viper” Do-hyeon remain on the starting roster. Three new starters plus a new head coach do not bode well for an early-season tournament, but their replacements aren’t bottom of the barrel either. Either way, it will be a tough ask for the 2018 KeSPA Cup champions to repeat the victory. 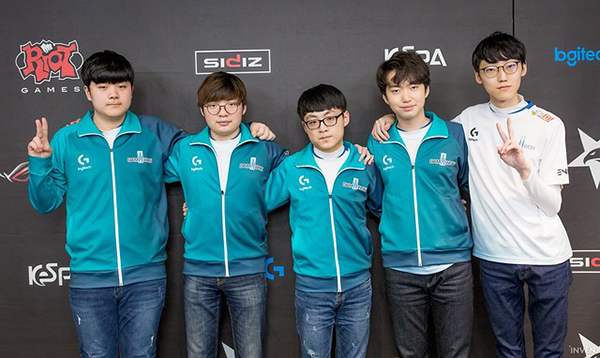 DAMWON Gaming have kept their successful roster entirely the same. The star-studded mechanical team is ready to be back and stronger than ever. Their existing synergy will help them to face off against newer rosters. While they did lose their head coach to T1, DAMWON simply promoted their long-time secondary coach Kim “Micro” Mok-kyoung to the top position. Expect more of the same from DAMWON this season.

SANDBOX have also kept their recipe for success mostly the same. Their carry-centric solo laners and jungler are still around, but they have replaced their bot lane who were often liabilities last season. SANDBOX acquired ADC Han “Leo” Gyeo-re from T1 and support Kang “Gorilla” Beom-hyeon from Misfits. By pairing a skilled young ADC player with a veteran support, SANDBOX guarantees that they will have much more stability across their lineup.

Among the sixteen teams playing in the qualifying rounds, many have a largely new roster with variable expectations. 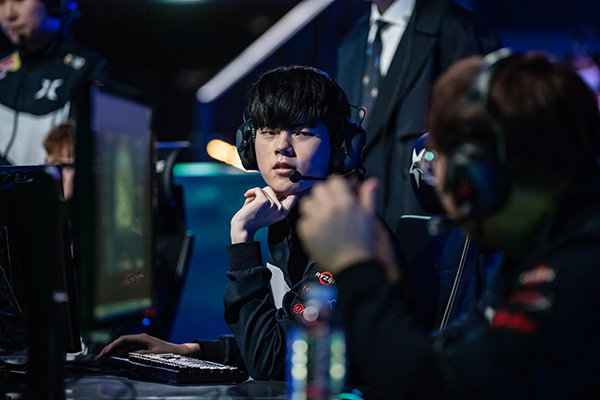 DragonX will be interesting to watch, as they have added four new starters. Two of which are Choi “Doran” Hyeon-joon and Jeong “Chovy” Ji-hoon from Griffin. The new solo laners will hope to bring more carry potential to a lineup who previously relied on ADC Kim “Deft” Hyuk-kyu to do most of the damage himself. Their jungler Hong “Pyosik” Chang-hyeon and support Ryu “Keria” Min-seok are move-ups from their substitute roster, so they have experience with the DragonX system and should be quick to gel with the team.

Gen.G have opted into an entirely new topside to complement their main carry in Park “Ruler” Jae-hyuk. They’ve picked up top laner Kim “Rascal” Kwang-hee from DragonX, jungler Kim “Clid” Tae-min from T1, and mid laner Gwak “Bdd” Bo-seong from KT Rolster. This is an exceptionally experienced core and should be good general fits for any forming roster. Gen.G previously had many substitute players for multiple roles, but now they only have one. If this roster struggles to mesh together, they don’t have any backup options.

Afreeca Freecs new roster will still focus on top laner Kim “Kiin” Gi-in, but they have bolstered their ranks in many places to help him. They have brought on mid laner Song “Fly” Yong-jun from Gen.G and bot lane duo Jin “Mystic” Seong-jun and Nam “Ben” Dong-hyun from the LPL. These two played on Team WE together for multiple years, so they will come with synergy. Hopefully, their competency will allow Fly to help snowball Kiin into leads which he can use to win the game. 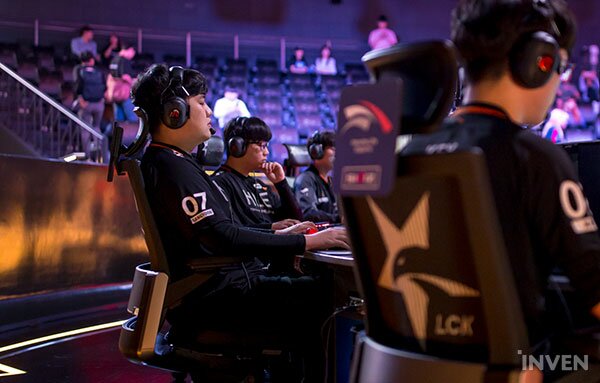 Hanwha Life Esports are looking to remedy their ninth place Summer finish with a revamped roster. Hanwha have added players from all over the LCK. Top laner Lee “CuVee” Seong-jin from Gen.G, jungler Kang “Haru” Min-seung from T1, ADC Jeon “Zenit” Tae-gwon from KT Rolster, and support Son “Lehends” Si-woo will all join the starting roster. Such a mix-and-match lineup could either have great success or horrible failure. However, Hanwha have signed three new coaches to help this roster grow and improve together.

How to Watch the KeSPA Cup

KeSPA Cup 2019 begins on December 23 at 3:00 a.m. EST on Twitch. Currently, there will only be a Korean broadcast, but a potential English broadcast is in the works.

EDIT 12/22: An English broadcast has been approved and will be available on YouTube.

The first elimination round will see two matches played per day for four days. The initial matchups are:

Hanwha Life Esports vs ESC Ever

Playoffs begin on December 30 at 3:00 a.m. EST with SANDBOX Gaming vs Griffin. The rest of the matchups are to be decided. Grand Finals will take place on January 5 at 1:00 a.m. EST.