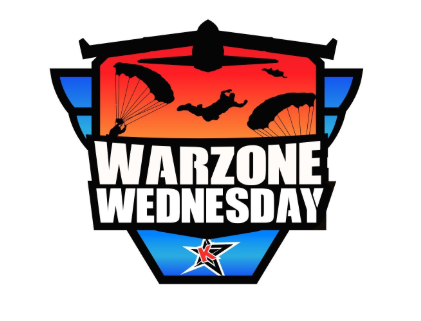 Get ready to watch your favorite creators go head to head in a weekly Warzone tournament. (Photo courtesy KEEMSTAR)

KEEMSTAR has announced Warzone Wednesdays, a weekly tournament where top streamers and content creators will go head to head for a $20,000 prize pool.

KEEMSTAR has hosted similar tournaments in the past such as Minecraft Mondays and Fortnite Fridays. The previous tournaments had several big names competing each week, so fans will likely see some participants return. Several big names in the community have already been confirmed by KEEMSTAR such as Nadeshot, Myth, Cloakzy, xQc, Ninja, and Summit1G.

Typically, Fortnite Fridays ran as a kill race in which teams had to rack up the most kills in random games in a certain time period. The team with the most kills, won. It’s assumed Warzone Wednesdays will run the same as there are yet to be custom lobbies available.

The original Minecraft tournaments stopped in October due to funding issues and hacker interference. Hackers were able to enter the Minecraft lobby and disrupt the server which resulted in the tournament being stopped. KEEMSTAR also stated he was not being paid for the tournaments, but several companies had offered to fund the events going forward.

The tournaments will take place in Call of Duty: Warzone which has been very popular since its release. Dozens of streamers and content creators have grinded the game over the past week, so competition in the tournament will be intense. Warzone offers a new take on the battle Royale experience with a unique respawn mechanic known as The Gulag and a high player count per lobby.

The entire world is currently impacted by the COVID-19 virus and large portions of the population are required to stay home. Almost every major sport and esport leagues have been postponed or canceled, so thousands of people are looking for a new source of entertainment. These tournaments will help fill the content void and will likely be more popular than the previous tournaments.

Fans will also likely see big names outside of the esports realm competing in the tournaments as several professional athletes are gamers and have already started streaming.

Warzone Wednesdays is said to start next week.