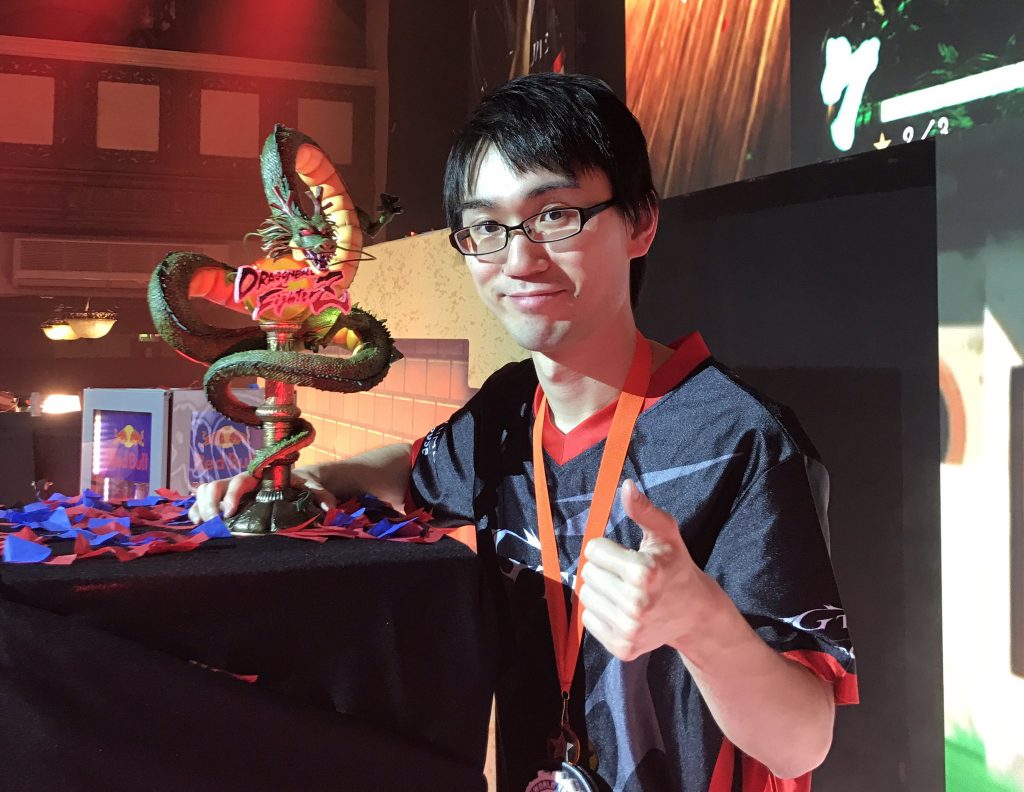 Kazunoko has now won six of the last seven DBF tournaments he entered – placing second in the lone event he failed to win.

Kazunoko cruised through the first two rounds of the tournament, going a combined 6-1. However, things started to get more difficult for the Japanese competitor, barely squeaking by Goichi “GO1” Kishida in the Winner’s Bracket Finals before making his way to the Grand Finals.

The Grand Finals itself set up for a potential feel-good story, as Kazunoko faced off against Shoji “Fenritti” Sho – the man he defeated in the quarterfinals of the Winner’s Bracket. Fenritti won the initial Best-of-5 against Kazunoko in the Grand Finals but the tournament was double elimination, meaning that Fenritti needed to beat the most dominant DBF competitor twice in a row. The task proved to be too much, as Kazunoko took the final set of the tournament 3-1.

The space between the competitors in the field appears to be getting tighter in Dragon Ball FighterZ. Both Dominique “SonicFox” McLean and Eduardo “HookGangGod” Deno were eliminated early in the tournament.

SonicFox was shocked in the first round of the Winner’s Bracket, losing 3-2 against BNBBN (a relative newcomer to the world of DBF). The EVO Champion would eventually finish in 5th-6th place.

Damn I tried my best! Too sloppy! Let a couple of games slip away from me hahaha. The japanese players are too strong! I will have to come back even stronger come season 2 hahaha

HookGangGod – one of the four pre-tournament qualifiers – dropped his two games at the event by a combined score of 6-2.

Everyone already knew Jiren was on the way after it broke in some Japanese publications recently but all four additions should satiate the needs of many hungry fans.

In terms of the competitive meta – the only DLC character that has become a constant is Bardock. It will be interesting to see if any of the six new characters can crack into the meta, especially with some of the top tier players looking at a break after the World Tour Finals.