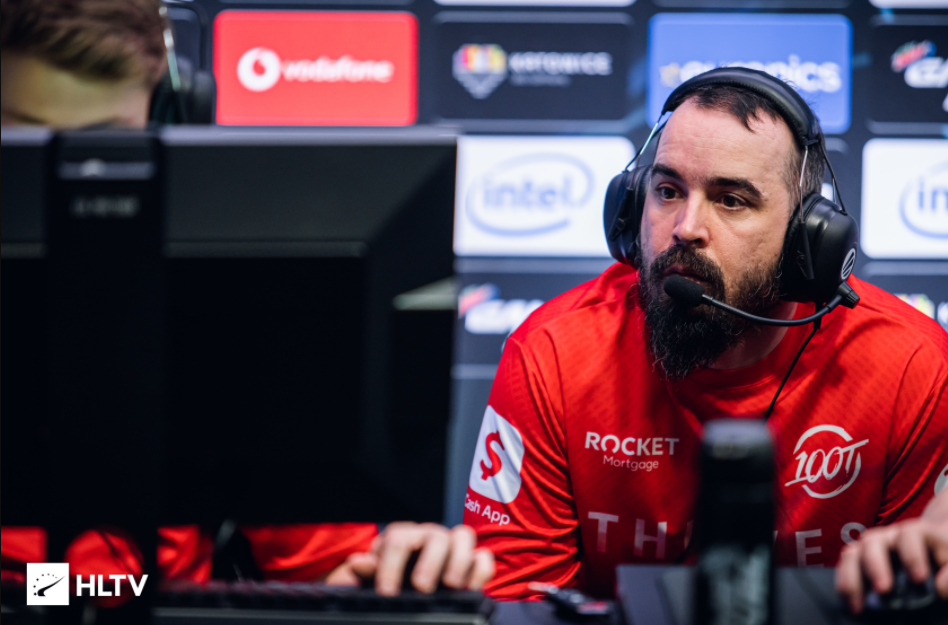 Kassad will leave 100 Thieves after coaching the Australian core for a total of three years. (Photo courtesy HLTV)

100 Thieves have announced that they have mutually parted ways with Counter-Strike: Global Offensive coach Aleksandar “Kassad” Trifunović. This announcement comes right in the middle of the ESL One: Road to Rio RMR qualifier event.

After extensive discussions, we’ve mutually agreed to part ways with our CS:GO Head Coach, Kassad. We appreciate his work with the squad over the past few years and wish him nothing but the best in his future endeavors. pic.twitter.com/PlkpD8Xwtb

Before they were with 100 Thieves, kassad coached this same Australian core on Renegades starting in January 2017. After a year and a half with the team, kassad went to coach Valiance for four months before returning to Renegades.

Under his coaching, Renegades were undeniably the best team to play from the Oceanic/Asian regions. They were the only ones who found themselves at S Tier events, taking games off of CS:GO giants somewhat consistently. A week before kassad’s return from Valiance, Renegades signed Jay “Liazz” Tregillgas and Sean “Gratisfaction” Kaiwai. The addition of these three were what Renegades needed to truly jump into the international scene.

2019 would be the squad’s breakout year. A top eight finish at the IEM Katowice Major led into a top four at StarSeries Season 7. Renegades were then invited to participate at ESL Cologne and IEM Chicago. After a top four finish at the StarLadder Berlin Major, the stage was set for kassad and the Australian core to make a big move.

100 Thieves purchased the Renegades roster in late October. They then placed second at their first tournament under the new banner, losing to Astralis in the IEM Beijing finals. Things were looking up for the Thieves as they peaked at rank five in the world. However, their rate of improvement slowed. Although they were playing internationally, 100 Thieves started having a hard time finding high placements. They’ve yet to earn a top four finish at an event ever since November.

In a TwitLonger, kassad states that him and the team “have been drifting apart in more ways than one for a while now.” He cites dissatisfaction in the team’s stagnation and an inability for the two parties to come to an agreement on how to approach their problems. In the end, this split up is the result.

Kassad is currently accepting offers to continue coaching, while 100 Thieves now need to find a replacement fast. Chet “ImAPet” Singh who was cut by Evil Geniuses earlier this month could be an option.