KaKAO: “My Team Always Has Faith That ‘KaKAO Can Make It Happen.’” 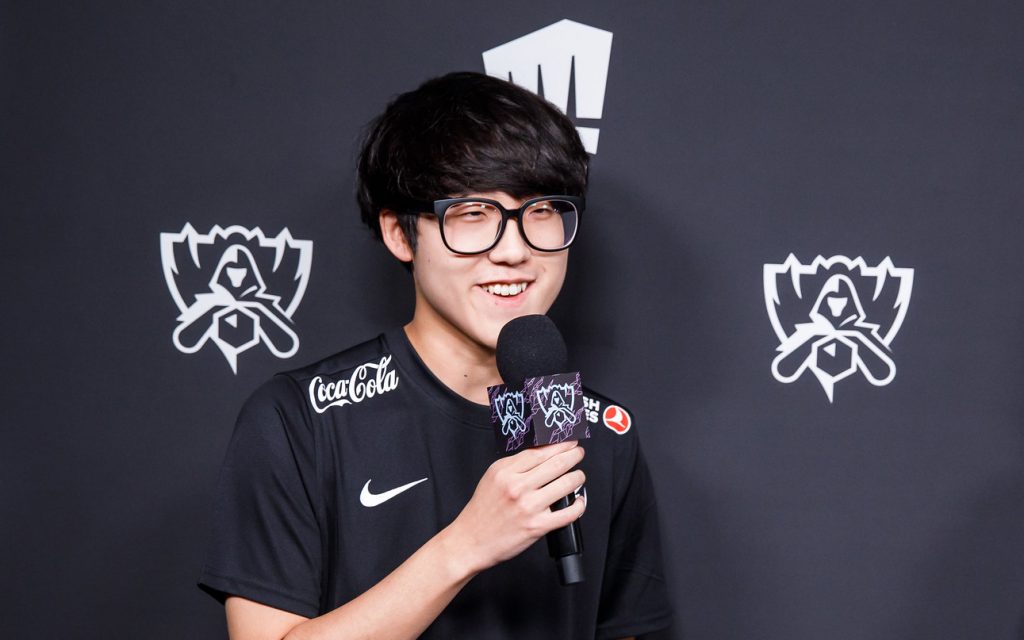 The start to the League of Legends World Championship could not have been better for jungler Lee “KaKAO” Byung-kwon and his team Papara SuperMassive. In the Play-In Stage, the Turkish team brushed off Brazil opponent INTZ with ease. Shortly after, against the LEC’s fourth seed MAD Lions, Papara SuperMassive walked away triumphant yet again. With a 2-0 score at the end of the second day of Worlds, KaKAO and his teammates lead their group.

After the victory against MAD Lions, KaKAO joined us for an interview. He told us about his team’s preparation for the two opponents they beat today, and how adjusting his coffee routines may have been the toughest challenge so far this Worlds. The South Korean also shared why he chose to return to the TCL, and how he managed to quickly build a synergy with his teammates.

Hotspawn: Congratulations on the two victories today KaKAO! This was your team’s first appearance at these Play-Ins, and you immediately had to face off against two different teams. How did you prepare for this?

KaKAO: First up, for INTZ we knew that they would go for a lot of mid lane ganks. So we tried our best to avoid those ganks. For our second game, when we were up against MAD Lions, we saw that they played really badly when they had Evelynn on their team. So we predicted that they would be going back to AD junglers and that they would put an AP carry champion in the mid lane. Based on that, we prepared our draft.

Hotspawn: You knew for a while that you’d play against these teams. During quarantine, how did your team go about practicing and preparing?

KaKAO: So, I have a very low tolerance for caffeine but I do like coffee. So normally I only drink Starbucks Coffee because I had read in an article that Starbucks globally has a very sustained amount of caffeine. This apparently goes for all their branches across the world. That’s why I always stick to drinking Starbucks coffee. But during the quarantine, I was not able to have the same amount of caffeine, so it took me a while to get into the caffeine rhythm. Outside of that, during the quarantine, we weren’t really sure about our chances against other teams. We’re from Turkey, which is a wildcard region. But when we saw the other teams perform, we grew more confident about our chances. We realized that it is actually doable.

Hotspawn: It hasn’t been that long since you joined Papara SuperMassive; you joined the team this June. How has it been to develop synergy with these players and make it work at Worlds?

KaKAO: First off, our team has a lot of veteran players. It was not really hard for me to adapt to this new team. In addition to that, our whole team has always shown that they have a lot of faith in me. Not only in the game with drafting but also outside of the game. My team always has faith that “KaKAO can make it happen.” I always do my best, and I really do my best to meet their expectations.

Hotspawn: You returned to the TCL, the Turkish league, after last playing in it in 2018. What appealed to you in the league that made you return?

KaKAO: Well, SnowFlower, the support of our team, he won the championship twice before with the same team. So after I failed to get promoted with my team in the Challengers Korea tournament, he told me: “Hey, we should just go to Turkey. We’ll have the best top laner in Turkey, we’ll have the best mid laner in Turkey, and we’ll also have the best AD carry.” He told me that, it if I could just farm the jungle camps, we would win the title. So I decided to fly to Turkey. It wasn’t exactly the same experience, but yeah, it was really good.

Hotspawn: Papara SuperMassive is looking like a really strong team. You’ve played in Turkey before, so you know the region. Is this team the strongest team Turkey has ever sent to a World Championship?

KaKAO: Yes. I can confidently say that that’s the case.

Hotspawn: The final topic I want to touch on is Worlds itself. You’ve played at Worlds before, but didn’t get very far. How do you rate your chances this time around?

KaKAO: It is too soon to look far ahead. But for now, my goal is to make it to the Group Stage. We’ll see what happens then.

Hotspawn: Finally, it’s looking like multiple wildcard teams could be making it to the Group Stage, meaning that you could end up in any group. Which one would you like to be placed in?

KaKAO: Every group looks really tough. But there is one specific group I would really like to avoid: the group with DAMWON Gaming.

Papara SuperMassive’s next match is played against Team Liquid on Monday, September 28th, at 10 a.m. CEST.