Kaiwing: “Facing Unicorns of Love will be challenging and exciting” 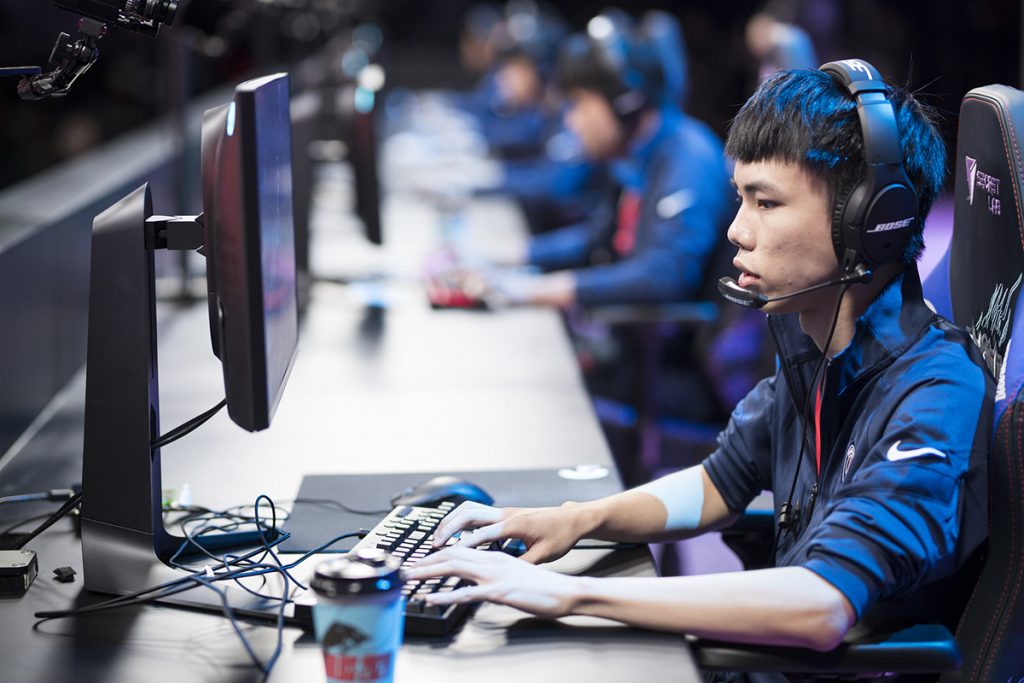 PSG Talon was hit unexpectedly hard just before the League of Legends World Championship started. Three of their starting players were not able to arrive in Shanghai in time to go through quarantine and still make it to the start of the tournament. With loaned players from other PCS teams, PSG Talon entered the tournament with a glued-together squad. But miraculously, they absolutely dominated. After taking care of LLA team Rainbow7 with relative ease, even the scary LGD Gaming, the fourth seed of the LPL, stood no chance against PSG Talon.

After the 2-0 start, we spoke to PSG Talon bot laner Ling “Kaiwing” Kai Wing about the dream start his team had to Worlds. He told us how the different players managed to perform so well together, and how his team prepared for the two opponents they defeated today.

Hotspawn: Congratulations on the victory, Kaiwing! How do you feel after going 2-0 on the first day and beating the LPL’s LGD Gaming?

Hotspawn: Let’s go back a bit and start at the preparation you did for today. Due to visa issues, your team is playing with three people who aren’t actually on PSG Talon. How did the preparation with these players go?

Kaiwing: So, we have three new team members, but we only played together for a very short time. Getting two wins with these changes is very exciting for us. We actually think that our cooperation is going really well at the moment. If we continue to practice together, we think our results for the coming matches will be very good.

Hotspawn: Is it easy to mix the different styles of players from different teams?

Kaiwing: Unfortunately, our bot laner had been out of the game for about two years. So we had to tell him how he should play and coach him throughout the match. We told him what he should focus on in the match. Our mid laner and jungler, who originally play in ahq eSports Club, are doing a really good job in the matches and in the scrims.

Hotspawn: The first opponent you faced today was Rainbow7. How do you approach your practice when you’re up against a team that isn’t that well known internationally?

Kaiwing: We watched VODs of their matches in the LLA to find out how they played. We tried to get as much knowledge from that as possible, so we can do our best to beat them and get the first seed in our group.

Hotspawn: When studying them, did you learn anything specific about Rainbow7 that made it easier for you to counter them in your match?

Kaiwing: Rainbow7 is mostly relying on their jungler to carry them throughout the game. It is the core of their team. We constantly kept an eye on their jungler and pay close attention to what he was doing so we could beat him in the match. I think that really helped us to win against Rainbow7.

Hotspawn: The jungler on your side, Kongyue, had an amazing game on Ekko. Was it your strategy to try and let him carry the game so he’d directly be ahead of Rainbow7’s jungler Josedeodo?

Kaiwing: Our jungler told us that his best champion was Ekko. If it will not be banned by other teams either, he said he would definitely pick Ekko in the following games as well.

Hotspawn: Your second match of the day was against LGD Gaming, who play in the LPL. Did you feel that they would be the most difficult team to beat in the Play-Ins?

Kaiwing: Originally, we thought that we needed to be a bit lucky to win against LGD. Before this game, we watched a lot of matches from them playing in the LPL’s Playoff stage and the Regional Qualifiers. They were doing a really good job there, and they easily won the Regional Qualifiers. So yes, we thought they were going to be a really strong team to play against.

Hotspawn: Still, you played incredibly well against LGD Gaming and they didn’t have much of a chance. Did your victory against Rainbow7 give you a confidence boost to play well against LGD?

Kaiwing: No matter what team we are facing, we should pay close attention to them. No matter if they are strong or weak. Otherwise, we can not win the game.

Hotspawn: You’re still playing against V3 Esports and Unicorns of Love. Are you looking forward to facing them both, or do you have one of them as your favorite?

PSG Talon plays its next match against Unicorns of Love. The match will be played on September 26, at 2 p.m. CEST.