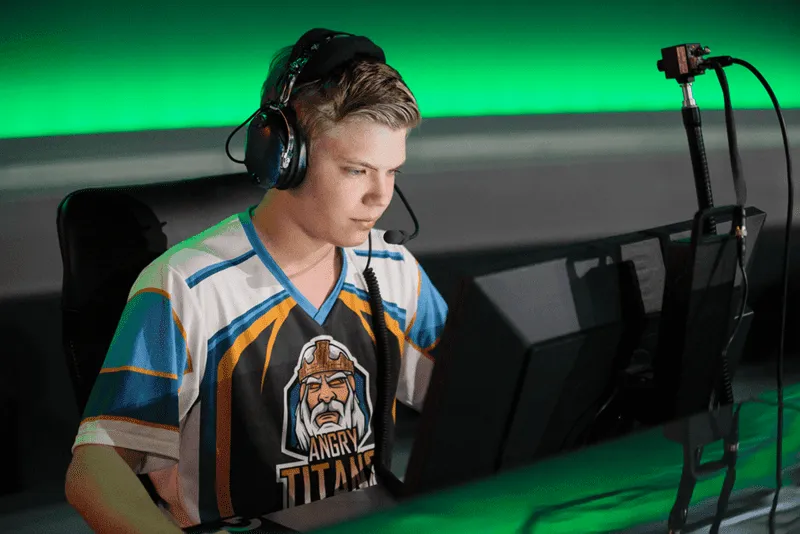 LullSiSH will be moving on to compete for Young and Beautiful in Overwatch Contenders. (Photo courtesy Blizzard)

The Washington Justice announced on Tuesday that they granted main tank player Lukas “LullSiSH” Wiklund his release from their Overwatch roster. He has been on the Justice roster since the middle of the 2019 OWL season, however the Swedish player never saw any playtime in the Overwatch League due to complications surrounding his visa.

Today we announce the departure of @LullSish as we grant his release from our roster so that he may immediately pursue other opportunities to play Overwatch professionally.

We wish him the best and hope that he is able to compete in the Overwatch League soon! pic.twitter.com/l4Gj93OWQL

Following his team’s success in 2019, LullSiSH was signed by the Washington Justice and invited to compete for Team Sweden in the 2019 Overwatch World cup. He competed in the World Cup, where Sweden was eliminated in quarterfinals. He did not, however, see any playtime in the Overwatch League.

Unfortunatly me and elli are not going to participate in this stage due to visa delays, gonna be cheering on the team from home and hopefully get to see some of the guys at worldcup. https://t.co/l6aDWM8Nbt

Despite being signed more than a year ago, he ran into visa complications which prevented him from joining the active roster. Ultimately Justice gave up on resolving those complications Tuesday, saying in a follow up tweet: “Unfortunately due to unique individual circumstances we were not able to successfully resolve his Visa situation and welcome him to D.C. earlier this year.”

LullSiSH signed with the European Contenders team Young and Beautiful shortly following Washington’s announcement that he had been released. A number of current OWL players got their start on the Tier 2 team, including Brice “FDGoD” Monscavoir, Alhumaidi “KSAA” Alruwaili, and Samir “Tsuna” Ikram. Despite the team being a step down from the Overwatch League, LullSiSH should at least get some playtime.

It's finally time to reveal our mystery tanks 😱

We had to get some of the most beautiful flowers available to help us during trials, so please give a warm YEP YAB welcome to @LullSiSH and @Hafficool!

Justice picked up Gui-un “Decay” Jang for the playoffs in early August, ostensibly to replace LullSiSH once it became clear that his visa was not coming through. The Overwatch League made new rules in August which allowed teams to pick up eligible free agents for the playoffs if teams ran into travel complications with their players. Washington’s move to pick up Decay was seen as somewhat shady by some, including OWL commentator Josh “Sideshow” Wilkinson who suggested Justice were abusing the emergency measures, since they haven’t played or relied on LullSiSH all year. Nonetheless, the Overwatch League approved the roster move.

Also opposite to the rule's intentions. "Emergency measures to sign replacement talent for playoffs" OH let's sign Decay with no playoff hopes to replace…Lullsish?

Now he can't help a potential top 2 team that truly has issues with one of their stars before travelling to Asia. https://t.co/TrtDf9iFDI

The 12th seeded Justice will play against the 11th seeded Vancouver Titans in the first round of the OWL playoffs on Thursday.