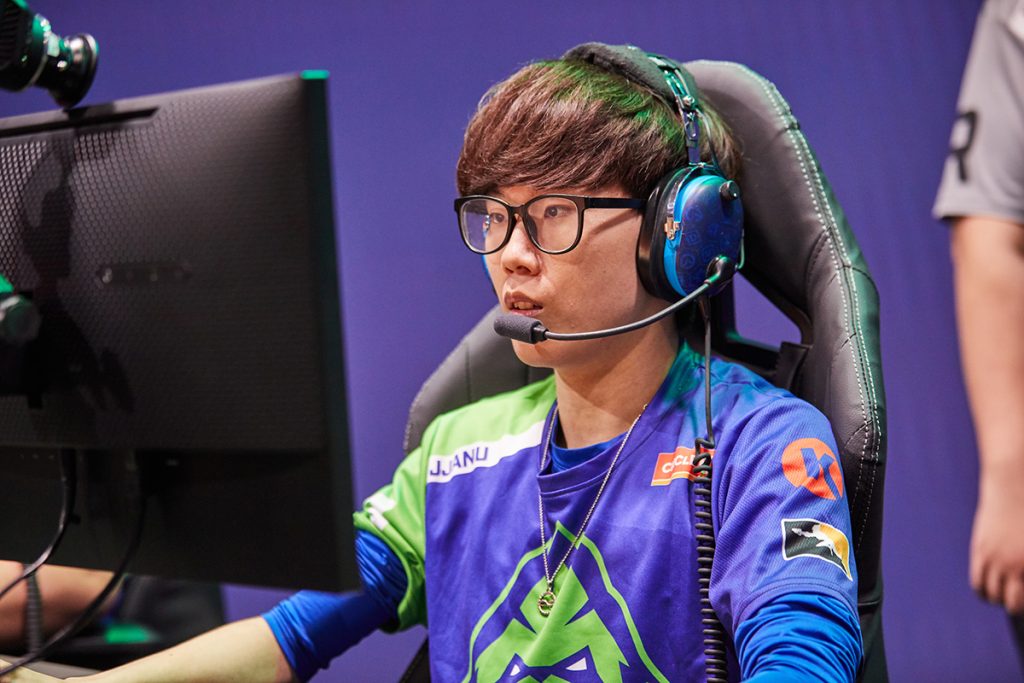 JJANU has extended his stay with the Washington Justice, signing a long term contract (Image via Robert Paul for Blizzard Entertainment)

The Washington Justice announced Friday that they have added HyunWoo “JJANU” Choi to the team on a long term contract. He had previously been signed to a 14-day contract, a new option instituted by the league this year to help teams add roster flexibility. Now he joins the Justice full-time and will travel to North America following this weekend’s May Melee tournament.

We are delighted to announce we have signed @JJANU_ow to a long term contract and look forward to welcoming him to the U.S. following the May Melee!#JusticeIsServed pic.twitter.com/4QJK2VY6kI

JJANU signed with Washington following his release from the Vancouver Titans shortly before the organization decided to drop their entire roster and coaching staff. He, along with former Vancouver teammate Chunghee “Stitch” Lee, signed short term deals so both sides could test the waters and allow the Justice to meet the league’s minimum roster size. Stitch’s contract has not yet been extended past the original 14 days, which will come to an end after this weekend.

JJANU gives the Justice a true star to build around after their dynamic DPS duo of Corey “Corey” Nigra and Ethan “Stratus” Yankel both stepped down from the team within days of each other. JJANU was an MVP candidate last year in Vancouver and has proven to be one of the best flex-tank players in the entire league.

The Justice also continued making behind the scenes moves today, promoting Aaron “PRE” Heckman to fill their vacant General Manager position. Earlier this week, the team let go of its previous GM, Analynn “bawlynn” Dang, along with Assistant Coach Chris “Bani” Benell. PRE had previously served as a coach with the Justice before moving into the Assistant GM role last season.

Humbled and honored to be chosen to lead this team through this season and beyond. I've learned so much since OWL Season 1, and I know it's been a long road of ups and downs for our fans in DC. It's time to reward everyone's hard work and make our city proud. #JusticeFighting https://t.co/NA3TYMk7YL

The Justice will compete in the May Melee tournament starting on Friday, May 22. Both JJANU and Stitch will still be playing from Korea on high ping.