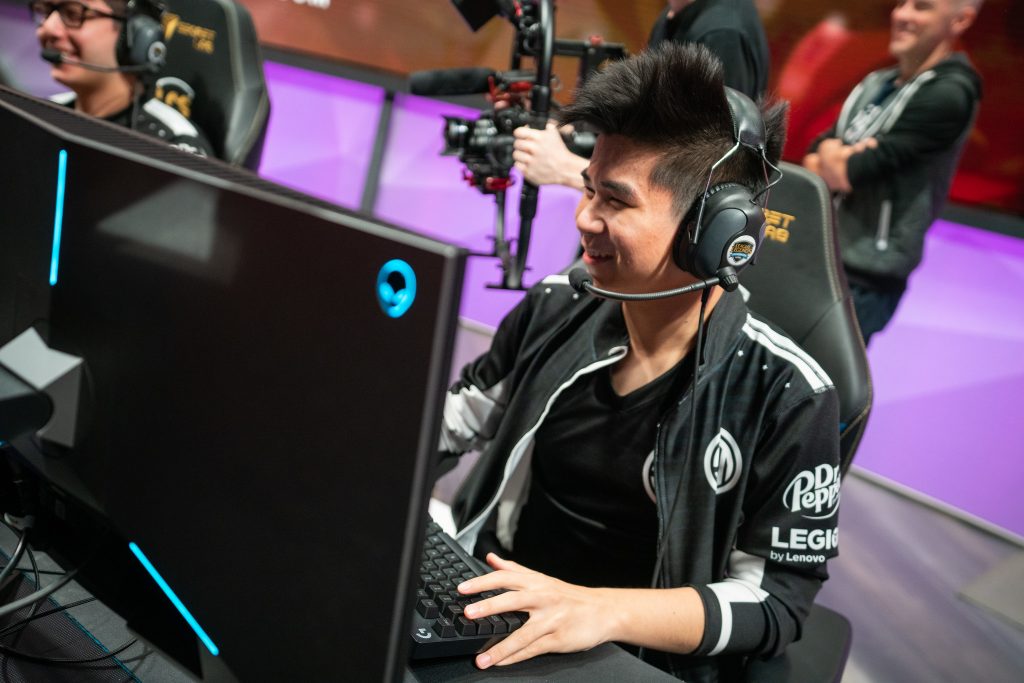 Spica is back as TSM’s starting jungler after spending a split playing in Academy. (Photo via Kevin Haube | Riot Games)

TSM have announced that jungler Mingyi “Spica” Lu will round out their starting lineup to begin the 2020 Summer Split. Spica will join Sergen “BrokenBlade” Çelik, Soren “Bjergsen” Bjerg, Vincent “Biofrost” Wang, and new addition Yiliang “Doublelift” Peng on the team.

This will be Spica’s second stint on TSM’s LCS roster. As a rookie, Spica replaced Matthew “Akaadian” Higginbotham and Jonathan “Grig” Armao for the final week of the 2019 Summer Split. Spica then started in TSM’s round 1 playoff loss to Clutch Gaming and their Regional Finals loss to CG.

Spica then spent 2020 Spring on TSM’s Academy roster. He and the squad went 10-8 in the regular season before losing to Cloud9 in the semifinals of the playoffs.

TSM had more jungle problems in 2020 Spring. They brought in Joshua “Dardoch” Hartnett prior to the season, but he never fully meshed with the team. TSM recently shipped Dardoch off to Dignitas after only one split with TSM.

Spica and the rest of the team think he could be sticking around for good this time. Spica said: “I have many goals for myself as a player — to go from Academy to LCS is the first step, and I’m happy to have the opportunity to do it properly this time. Over the past year, I’ve gotten to know BB and Bjergsen much better and am excited to play alongside them. Finally, I understand the role I’m stepping into. It seems that being a TSM jungler is like being a Defense Against the Dark Arts professor and that they’re constantly cycled out, but I’m here to change that with my immaculate Sejuani gameplay.”

Bjergsen also thinks Spica should perform better in his second stint. Bjergsen said of the move: “Super excited to play with Spica and seeing what he can do with an opportunity starting in LCS. I saw a lot of potential in him when he subbed in for us in the 2019 playoffs, but there just wasn’t enough time for him to fully integrate and find his own voice in the team. This time he will.”

Spica’s job won’t be easy. There are a lot of carry players and dominant personalities on TSM, so as a jungler it will be his job to decide which lanes get the extra attention and which lanes will have to play on the weak side. That’s a burden that has broken many junglers before him, but there are also few better opportunities to play alongside great players. Once again, TSM will expect to qualify for the World Championship.

We’ll get to see if Spica can be the one to break the curse of underperforming TSM junglers when the LCS returns on Friday, June 12.