Johnsun: “Even I Didn’t Expect to Make it to Playoffs” 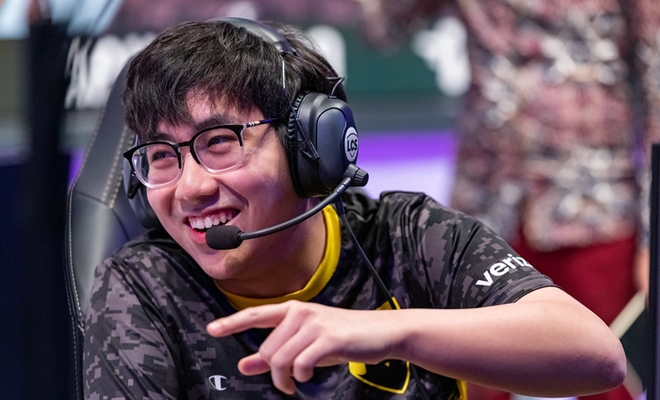 Johnsun is the only rookie in the LCS to have started for his team in every single game throughout both Splits. (Photo courtesy Riot Games)

Many players in the scene were used to seeing Johnson “Johnsun” Nguyen’s name at the top of the solo queue ladder well before he debuted in the League of Legends Championship Series 2020 Spring Split. Despite a turbulent rookie year with Team Dignitas, however, he was able to help turn around his team’s performance to clinch the last spot in the Summer playoffs.

After a long day of games that ended in DIG’s tiebreaker victory over CLG, we spoke with Johnsun about his thoughts on his first year in the LCS, the team’s playoff chances, and what he’s learned from the veterans on his team.

Hotspawn: I don’t think many people expected Dignitas to slip into playoffs. Did you expect this result?

Johnsun: To be honest, even I didn’t expect to make it to playoffs. We were like 0-8 and it was pretty depressing to play. But then I guess other teams also played bad like us, so we at least got some dubs to force a tie-breaker and CLG was slumping really hard so we were able to beat them and make it to playoffs.

Hotspawn: Who do you think was the MVP of the match?

Johnsun: Hard to say. I’d say support and jungle did most of the work, but everyone performed well and did their job.

Hotspawn: Things have been kind of rough for DIG all year, but especially this split. Have things just kind of clicked into place recently? Was there a talk at some point to rally everyone?

Johnsun: Last week after we lost the Immortals game, that was a guaranteed win we could’ve gotten. It was kinda doomsday. Dunno if we thought we were gonna make it. But after playing against C9 we had some momentum or hope and thought “oh, it’s winnable,” even though we lost at the end. We were able to prepare well against 100 Thieves which gave us the opportunity to even have a chance to make it to playoffs. Then obviously FlyQuest and C9 helped us make it to playoffs by fracking a tiebreaker. I think after watching CLG play yesterday and today, we thought it was kinda possible to make it to playoffs. Immortals could’ve made it a three-way tie if they beat TL yesterday, but they didn’t.

Hotspawn: Has morale slowly been getting better? What was it like playing with the team while you guys were struggling to pick up wins?

Johnsun: To be honest after the 0-8 our morale was low, but I just played to perform and I’m able to carry the game then I carry the game. I wouldn’t say “if I don’t make it to playoffs, I’ll just give up.” I’m just playing my best given the circumstances.

Hotspawn: Well now that you’ve made it, it looks like you’ll be matched up against the loser of the match between TSM and Golden Guardians. Which team are you hoping to get?

Johnsun: I’d say Golden Guardians, because they’re obviously lower than TSM. But both teams are pretty damn good and had solid performances throughout the whole split. They’re not bad teams at all, but obviously our preference would be Golden Guardians.

Hotspawn: So I spoke with Edward “Tactical” Ra earlier and he said that if he had to pick a rookie of the year other than himself, he’d pick you. How would you summarize your first year in LCS?

Johnsun: I’d say in Spring, I learned the fundamentals of LCS and pro play at a high level. Then learning from the veterans on my team like Zaqueri “Aphromoo” Black, Heo “Huni” Seung-hoon, and even Henrik “Froggen” Hansen. Then Summer Split some whack stuff happened with the roster. We got new players and kept swapping in and out. I’d say what I learned most this split was how to be more independent and communicate more and fill up what was being done in Spring by my other teammates and try to do it myself and obviously I got better mechanically. 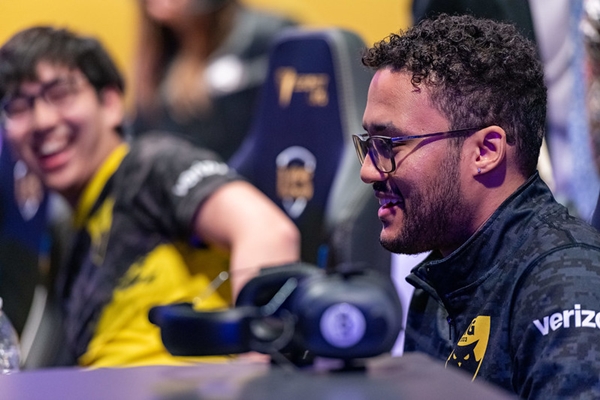 As one of the longest standing veterans in the LCS, Aphromoo has been playing since the league’s inception. (Photo courtesy Riot)

Hotspawn: Did you learn anything by laning with Aphromoo? Is he calling a lot of the shots on the team?

Johnsun: Usually he’d be the one on the team to step up and make a decisive call. Obviously he’s been in this position before: losing or even having a deficit against winning teams. He for sure stepped up this split with the calls and the plays, but obviously when we lose… I can’t say anything about that one [laughs].

Hotspawn: You were on TSM Junior for a bit before going pro. Is there anything you learned from that time that stuck with you up to now?

Johnsun: So the Junior thing was an idea that they did. Basically, we helped the Academy team scrim because we had [ADC], jungle, and mid at the time and top and support never got filled out. So we’d play some champs for the Academy team in scrim blocks for them to try things out. I don’t think I learned much because I was playing with random supports too. I wasn’t learning how to lane because even I didn’t know how to lane at the time at a professional level. I would say I learned more about the meta, and Academy coach Peter Zhang gave me some tips. But honestly I don’t think I learned that much while I was on Junior, it was mostly an opportunity for me to make money while I was in school.

Hotspawn: Hey, there’s nothing wrong with that. Do you think it gave you a decent enough look at what life as a pro would be like?

Johnsun: Well they asked me to go to LA as a sub to learn and then they had me play some games, then I’d hear a review from Peter Zhang. It just made me more aware of what I can do. Then I got a chance to go to LCS this year, but I think that even if I didn’t go this year I would’ve eventually made it to LCS. No ego, but I was working hard and I think a lot of teams were taking chances on their Academy team this year compared to last year. TL and IMT did it with David “Insanity” Challe, FlyQuest did it with Brandon “Mash” Phan, and CLG gave basically everyone but support a chance. So I’d say eventually I would’ve gotten a chance.

Hotspawn: Last question then. If you could give yourself an honest grade of your performance this year with A being the highest, where would you put yourself?

Johnsun: I would say B or C. I’d say A is like you hard-carry your team. You see Victor “FBI” Huang  for example, he’s smurfing on his team even though his team is pretty inconsistent and it’s not like they’re top of their role or anything. But he’s 1v9ing most of the time.

Johnsun’s first ever LCS playoff match will take place on August 15th against the loser of the TSM vs. Golden Guardians match.