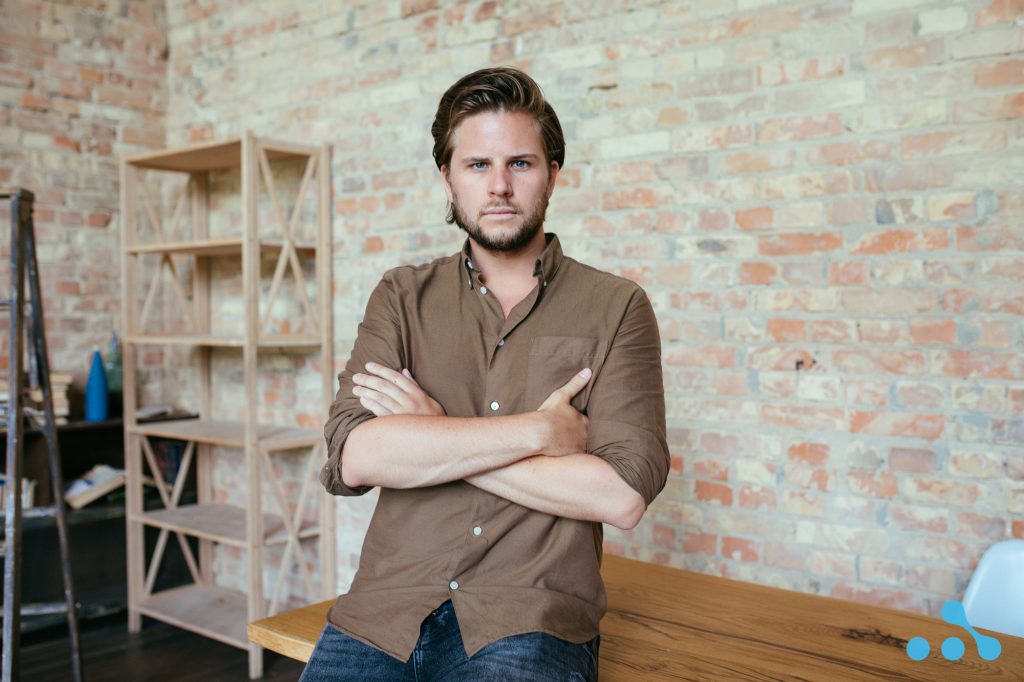 With the WePlay! Dota Underlords Open only days away, Hotspawn was thrilled to speak with caster, Joel Larsson.

Known for his Magic the Gathering achievements, Joel Larsson has dabbled in various digital card games (RIP Artifact) and autobattlers recently. While we’re sure all the different autobattlers out there have their charm, Larsson gravitated towards Dota Underlords. Due to a busy schedule, he was able to hit Lord of White Spire in Dota Underlords’ new ranked system on July 21, three weeks after hitting Big Boss 1.

Was bummed out I couldn't get to Lord of the Spire before traveling to Chamonix after several attempts winning at Big Boss 5 and then loosing ranks again, but finally! What a sweat!@DotaUnderlords #pangpang pic.twitter.com/Tj1hgWuLHh

Now, WePlay! has tapped him to join the broadcast team for the WePlay! Dota Underlords Open. Larsson’s previously cast for Magic the Gathering, but now he’ll be venturing into the virtually untested waters of casting a professional Dota Underlords event.

Hotspawn had the pleasure of doing a Q&A with him ahead of the event:

Larsson on WePlay! and Casting

As a competitor, you’ve traveled quite a bit. Do you enjoy that aspect of working in esports? Have you been to Kyiv before, what are your first impressions?

Joel Larsson: I started to travel when I was pretty young and at that point, I like this thing a lot. I’ve been in forty countries now, so I think it’s definitely changed me as a person and I’ve gotten to experience a lot of things. It has to be a little bit less enjoyable when you travel so much, but I think I still enjoy it to the fullest extent and I like the way life goes. I haven’t been to Kyiv before and I haven’t seen much yet. It’s just nice, and I guess I will see more soon.

In the past, you’ve competed at WePlay! Events. Why did you choose to participate in this event as a caster rather than a competitor?

First of all, I think it’s a very interesting experience to be a caster. I’ve cast previously but not the Dota Underlords — it was Magic the Gathering and I’ve enjoyed it a lot. You don’t get the opportunity to cast as often as you get an opportunity to play, but I feel like it’s kind of similar. Sure you are not in a competition per se, and I do enjoy the competitive aspect but I also enjoy analyzing and talking about the game.

How did your preparation for the event differ from how you might have prepared as a player?

The preparation is similar: you have to be up to date and you have to play a lot to understand what’s going on with the best players. You almost have to be at their level to understand what they are doing. I have analyzed other players’ games more before this particular event. I mean, I’ve seen lots of statistics, I played a lot trying to keep up to date and I’ve read the articles. Of course, I have also watched other people playing. The reason why I played so much was just that I liked it. And only in that way you can grasp the whole picture of the game and be prepared.

I’m really looking forward to WePlay! Dota Underlords Open tournament! Sixteen best Dota Underlords players in the world have managed to qualify and have figured out what other five thousand participants haven’t. I think that would be very exciting to see the event in the real-time! Maybe these players have kept some secret tactics to the final games, so it would be super interesting.

I’m not worried about the talking part for sure. Previously when I’ve done casting, I’ve never done much of sketches and stuff like that before the actual casting. Now I’m having a pretty interesting media sequence in WePlay! broadcast, so I’m a little bit nervous about that, but I’m sure it’s going to be fine.

The game is still pretty young, but it’s already making a significant impression with players. What do you like about it versus its competitors?

What I like about it the most is that it’s the cleanest version of all auto chess games. I think the graphical interface is very welcoming for all players and everything runs very smooth. It’s very easy to see the alliances and strategies in comparison to TFT, for instance. These games are similar but they are still pretty different, and I think that Dota Underlords is more specific in the way you use the currency in the game. There are a lot of different strategies to where you spend your gold during the game, and I feel like in TFT that’s a little bit more locked. But TFT is more diverse in the way that there are more flexible compositions in the game where you can add small strategies with each other.

Are you happy with the patch cycle and the degree of communication from the developers?

I’m super impressed! They are really in touch with their audience, and even though they don’t get it perfectly right every time, I feel like they are very in-depth with what’s happening. Maybe they’re not making it perfect, but they’re still going in the right direction. Again, I’ve been honestly super impressed, and I can’t say that for every game I play.

Look who I found wandering around in Ukraine @JoelLarsson1991 pic.twitter.com/HWOwU8XOtr

If you could buff or nerf one hero in the game, which would it be and why?

I think I would buff Juggernaut because I remember he always was a force to be reckoned with. I guess they tried to buff him a little bit all the time, but it’s just never enough so I’d like him to become a better character in the game. And I would nerf Crystal Maiden because I feel like it might be an issue for the design space of the game. New characters that come to the game have the potential to become too good just because she exists, so I think the ways to change her would be interesting.

Will we see you compete in Dota Underlords in the future or are you going to focus more on casting for this particular game?

I started playing all the auto battler games just because it was fun. It was this beautiful new genre and I enjoyed it so much that I actually become good at it, and now I’m invited to this event. So we’ll see! I would love to be able to cast more tournaments and I would definitely look forward to doing that.

Thank you to Joel Larsson and WePlay! Esports for taking the time to talk with us.

You can tune into the WePlay! Dota Underlords Open beginning August 1 on the WePlay! Twitch channel. Check back in with Hotspawn for complete coverage of the event.