JJoNak to Fans: “We will not get complacent” 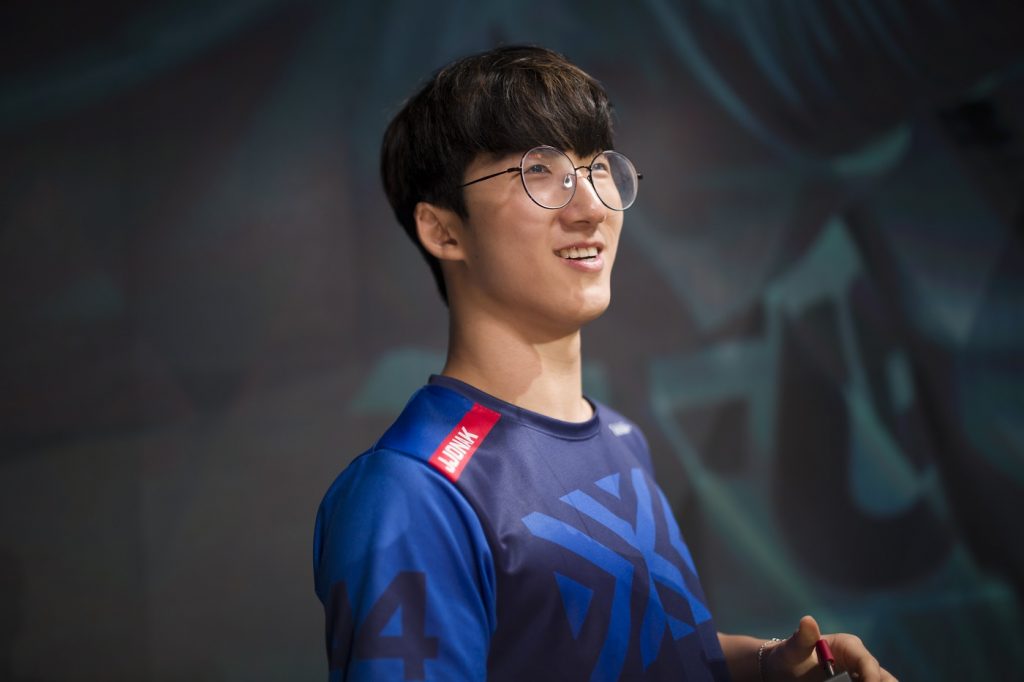 Sung-hyeon “JJoNak” Bang, the MVP of the Overwatch League’s Inaugural Season and the 2018 Overwatch World Cup, is just one opponent away from reaching the 2019 Grand Finals. With two convincing victories over the Atlanta Reign and the Inaugural Season Champions, the London Spitfire, the New York Excelsior must defeat the top-seeded Vancouver Titans to immediately book their tickets to Philadelphia.

With the Philadelphia Fusion’s upset over NYXL in last year’s semifinals preventing JJoNak from competing at the Barclay’s Center in front of a home crowd, motivation and pressure is higher than ever. Hotspawn spoke with the former MVP about New York’s approach to the new meta, reacting to criticism and what it would mean to compete for the title of Overwatch League champion.

Hotspawn: Congratulations on earning a spot in the Winner’s Finals against the Vancouver Titans! How excited are you to compete for the opportunity to play in the Grand Finals?

JJoNak: We haven’t won against Vancouver yet, so this is our last chance to get revenge. Everyone will think that it’s going to be a harder match than our last one, we won’t think it’ll be easy. We will try to play better than today.

You got your revenge against Atlanta after their victories this season. Was that a factor for you in this match?

It definitely motivated players to practice harder, work harder. I think we succeeded in getting revenge against Atlanta, so we will work to do the same against Vancouver.

How does the Excelsior push through the harder moments of Playoffs?

Saebyeolbe creates a brighter mood for everybody so we can get less nervous, and also the coaches tell players when the map is over, or if we are tied, to do some breathing exercises. That really helps me a lot.

You have been playing much more Moira in the playoffs, what makes her so suited to the Sigma meta?

The reason why Moira comes up so much is because against right now we are in a shield meta. Ana and Zenyatta – if Sigma marks those healers, it’s hard for Ana and Zen to do anything. Moira can heal through shields, and her ultimate goes through shields, too, so there’s more that Moira can do in this meta.

Could you potentially see Moira getting nerfed in the future?

I think we should not nerf Moira, but look at nerfing Sigma because he is really strong right now. That will allow us to transition from this shield meta.

New York has your off tank Meko playing Sigma, while the Atlanta Reign had a main tank Sigma specialist in Gator. Are there advantages to having a main or off tank playing this hero?

There’s no answer, it depends on the team’s circumstances. Generally, main tanks are better at managing shields, so that’s why some are playing Sigma nowadays. But in our case, MekO is just really good at Sigma, so even though he’s not a main tank we have him playing Sigma.

Compared to last year, how has your preparation and readiness for playoffs changed?

Last year some people had certain ideas, while others had different ones. But this year, everyone is on the same page and it feels like everyone is working harder.

Some analysts have predicted that New York will “choke” and not perform well. Does that criticism impact you?

I understand why commentators may say that, because we haven’t performed well in the regular season’s stage playoffs. But it does motivate me. The only thing we can do is perform well in the playoffs so they can’t say anything like that again.

If you make it to the Grand Finals, what would that mean to you, especially after narrowly missing it last year?

Next week is your last match at the Blizzard Arena. Will you miss your time here?

I think I will miss the people. The fans who always come and watch us play, and the Overwatch League staff members. I think I’ll miss them the most. Of course, I’m excited to meet new people in New York, and am looking forward to meeting the fans because they will be so passionate.

Do you have a message for your fans?

We haven’t shown them good performances in this year’s Stage Playoffs. But we will try our best to show them a good performance in this Season Playoffs. We will not get complacent because we have beaten two teams, we will work harder so we can win the championship this year.

You can watch JjoNak and the New York Excelsior play in the Overwatch League post-season playoff tonight at 7:00 p.m. EDT / 4:00 p.m. PDT on Twitch.