Jesiz: “I Know Exactly What These Players Need to Succeed” 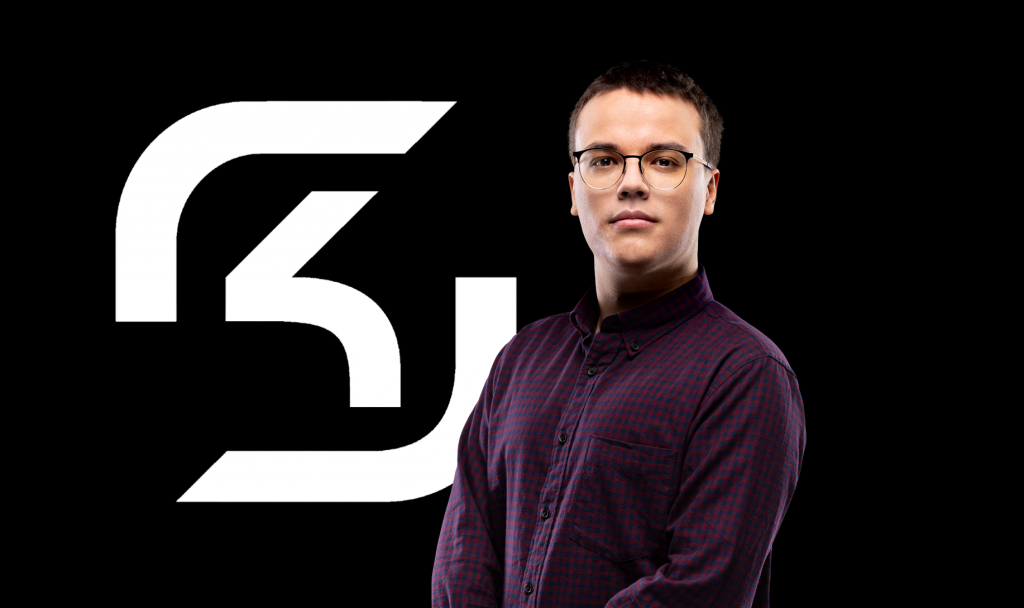 With a revitalized SK Gaming, Jesiz is leading his team towards the LEC Playoffs. (Photo courtesy SK Gaming)

Jesse “Jesiz” Le is sitting on roses with his SK Gaming squad. After he joined the team to lead them through the LEC’s Summer Split, the roster transformed from a bottom dweller to a serious contender. G2, Origen, Misfits all bit the dust against SK Gaming so far in the Summer Split’s pandemonium. While the team isn’t quite there yet, the improvement is staggering. We spoke to Jesiz about joining SK Gaming and how he has grown as a coach, enabling his team to flourish.

Hotspawn: Let’s start at the beginning when you were picked up by SK Gaming. How did that process go down?

Jesiz: So, after I left Misfits I was playing with Illuminar in the Polish league. That wasn’t too successful. I mean, we made it to the Playoffs and we won the first round, but then we lost in the second round. After that, I had a lot of free time. Our Split ended early, and my contract ended as well. So I went and joined LDLC for EU Masters and also for the finals of LFL. But LDLC already had their own way of doing things, and they already had established fundamentals. Coming into that team, it was a bit of a different challenge than what I was used to as a coach.

I did have a similar experience before, with Immortals, back in 2016 Summer. I just kind of come in, I try to finetune all the players, and I try to elevate their already built fundamentals. Communication on a team is something I try to finetune as well because a lot of the time there are many bad habits, especially in a bottom tier LEC team or in a national league team. In general, there is just a lot of fine tuning. And that was successful: we won EU Masters.

I had worked with Joe—InnerFlame, the manager of SK Gaming—a lot in the past. He trusted my ability as a coach and he knows what I can do. He saw a lot of potential in me with this roster, with Jenax moving to the top lane and ZaZee coming into the mid lane. He felt like I could be a very good fit. And so far it seems like it’s a really good fit!

Hotspawn: Did you have to think long about the offer?

Jesiz: Hm, not really. I mean, I had other options, but the SK offer was definitely the best one. The moment it was confirmed that this was a complete possibility, I just took it.

Hotspawn: I want to talk to you about how you have grown as a coach. In an interview you did at the start of the LEC’s Spring Split in 2019, you said that being a head coach came with a lot of extra pressure for you. How is that now?

Jesiz: At the time I thought it would be very easy. I had only done strategic coaching before and that was very easy. I could thrive, and I could just be like any other player that has a lot of leadership in the team or in general has a lot to say. The role of Head Coach is obviously a completely different thing, right? You’re responsible for a bunch of people staff-wise, and all of your players as well. You’re responsible for the team’s direction, the success, the failure, and whatever else. It is a lot of pressure, mentally. It’s a lot of hard work. You have to go out of your way to win. You really have to put that extra work in.

I think, at the time, it was a first-time thing. I definitely over-thought it. I also wasn’t really a good fit for the five veterans on the roster. If I were to go back in the past now, with the experience I have, I think I would have done my job ten times better. Still, even if I were to go back, it still would not be a good fit for that roster at that time. It’s a mix of multiple things.

Hotspawn: Did your time off from the LEC, when you were with Illuminar and LDLC, help you in a specific way to grow as a coach?

Jesiz: I don’t think anything has drastically changed. What made the biggest difference, I think, was my transition from coaching the LEC squad in 2019 to coaching the academy team, Misfits Premier. We won EU Masters with them. That transition let me recognize what I’m good at and what I’m less good at, and gave me insight into how I want to coach teams. Getting an idea of that was the biggest difference-maker, I think. Of course, being with LDLC and being with Illuminar has improved me, but I wouldn’t say that my EU Masters run or being with these two teams made a massive difference. I genuinely think that I just didn’t know what type of head coach I wanted to be. And I was a terrible fit also with those five players.

We sure tried our best to make you feel special today, @Jesizlol 😍

Happy Birthday and may all your drafts this split be successful! 🎉 🎂 pic.twitter.com/0aVEuBgCrJ

Jesiz: Yeah. I know exactly how to win. I know exactly what these players need to succeed. I know what types of players they are. In general, I just know what I want to do, right? I think that ultimately is the most important thing for a Head Coach. You need to have a very clear direction. You need to know exactly what you want to do, and then you need to execute it. I think that’s the part that’s not that hard, especially if you have staff that you trust in. Or even with the players: if you can share some of your philosophies with them and you can trust them to their faith in you, then everything is very, very easy.

Hotspawn: Did you establish that kind of trust easily with this roster?

Jesiz: Yes, very quickly. I came into the team and in the first Discord call we had, I shared a very small amount of my coaching philosophies with the guys, just to give them a heads up of how I like to do things. Right after the call, Crownie texted me and said: “Hey man, I fully agree with what you said.” That was very reassuring. In general, when I came and joined the team and we met in person, it very quickly felt like they were definitely on board with what I wanted to do.

Hotspawn: SK Gaming is doing exceptionally well so far in the Summer Split. The team is stepping up: you managed to beat G2. Was being able to defeat such giants in the league something you expected your team to be capable of so quickly?

Jesiz: Absolutely. When we started scrimming, the guys obviously had a couple of doubts. But I made it clear to them at a very early stage how I like to view things. I told them that, if they don’t believe that they can beat anybody, we could just give up already. I constantly reinforce this mentality that there is no team that we couldn’t beat. I told them that it would only get more difficult when Playoffs came around but were aren’t even there yet, right? There is no reason to have any doubts at all for the regular season.

I’m not gonna say that scrims have gone completely perfectly, or that it has been a walk on rainbows entirely. But still, especially after week one, I felt very confident that, regardless of scrim results or whatever, we would still be able to beat anyone up until Playoffs. But then again, we would have to take those at the time. It’s a completely different beast.

Hotspawn: Your start to this Split was as close to a dream start as you can perhaps reasonably get. Where do you see yourself go, and how will you continue to grow as a coach in the LEC?

Jesiz: The main thing I will try and continue to grow in is becoming ‘smarter’ with people. I want to get a better understanding of others I work with. Understanding their feelings, where they’re coming from, and being able to speak with them about that. Things like that. I do think that I’m quite good at it, but it is something that’s a goal of mine and it’s the area where I see myself growing the most in. In general, I just want to continue doing what I do. I want to continue coaching the way that I’m coaching right now.

SK Gaming’s next match in the LEC Summer Split will be against Fnatic on Friday, July 3rd, at 8:00 pm CEST.