Jensen: “I Want the Community to Have the Right Perception of Players” 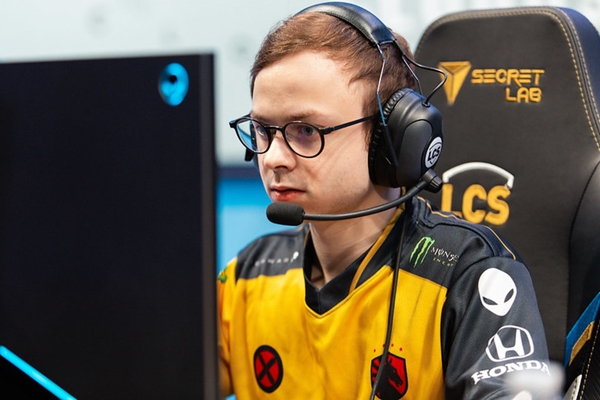 Jensen was voted onto the 2nd All-Pro Team for the 2020 Summer Split. (Photo courtesy Riot Games)

Team Liquid beat Golden Guardians in a 3-0 sweep to kick off their 2020 Summer playoff run. The win not only made them look like the scariest remaining team in playoffs, it also qualified them as the League of Legends Championship Series’ second Worlds representative. One of the standout performers on the day was TL mid laner Nicolaj “Jensen” Jensen, who wrapped up the series with a 13/2/17 scoreline. After the match, we spoke to him about the team’s prep, his next Worlds appearance, and his thoughts on how the LCS awards are shaping out.

Hotspawn: This victory over Golden Guardians locked Team Liquid in for Worlds and Mads “Broxah” Brock-Pedersen said on-air that it was a relief; do you agree?

Jensen: I don’t really know how I feel to be honest. Personally, I was definitely expecting us to qualify. Since I was expecting it, I don’t feel any extreme emotion or anything, but I’m happy we got the win.

Hotspawn: With this new playoff format, does it feel better going into Finals and potentially Grand Finals without the added pressure of worrying about qualifying for Worlds?

Jensen: I guess there’s that feeling, but for me, I don’t think my mindset really changed that much. I actually completely forgot about the bracket once we started playing the games and just had the same process as usual. I’m sure it’s a nicer feeling when you start losing because all hope isn’t lost and you can just try random shit if you’re losing hard. But yeah, it’s a cool change though for sure.

Hotspawn: So Team Liquid had the most prep time before their first best-of-five, how did you guys prepare against Golden Guardians?

Jensen: I think that our style matches up pretty well against theirs, so if we kinda of match the same style and picks as they do then we would have no trouble beating them. If they pick a control mage mid, we pick a control mage mid, we just wanna match it and we’re confident that we’re better at those kind of styles, so as long as the game didn’t get too random, we were confident that we were gonna win. 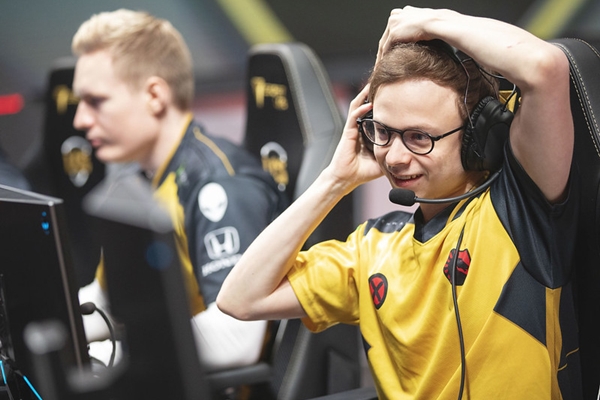 Since his LCS debut in 2015, Jensen has never missed the World Championship. (Photo courtesy Riot Games)

Hotspawn: Who do you think will take the third Worlds seed out of C9, Evil Geniuses, Golden Guardians, and TSM?

Jensen: Probably C9. They had weird drafts yesterday and I think they’re much better than what they showed against FlyQuest, so I fully expect C9 to make it.

Hotspawn: How do you feel about Tanner “Damonte” Damonte’s play from this series? He felt confident enough to pick Lucian into you.

Jensen: I think he played okay. The Lucian pick was a little unexpected, but it has a good matchup into LeBlanc in the 1v1 so it makes sense. It’s just pretty hard to play it against jungle pressure so you kinda just need to match that. I think overall he played okay. I got Azir two games, which is really strong in lane, and I kind of just had control over the laning phases in the first two games. The last game it was a bit harder. I think he played the pick fine. He had a few mistakes which were pretty costly, though.

pretty dissapointing analysis of player strength IMO, even in their week9 match where damonte played Sylas against Leblanc he went even against a shen-leblanc doing his job, but they failed as a team & draft was hard to play

Hotspawn: I wanna move on to something I know you’ve been passionate about on Twitter recently: the LCS award votes. Tristan “PowerOfEvil” Schrage told me his top three mids would be you, himself, and then  Søren “Bjergsen” Bjerg and Yasin “Nisqy” Dinçer tied. What would you have voted?

Jensen: I think it’s hard to give exact rankings because a lot of players have different styles. I think Nisqy and PowerOfEvil are both good, but they have very different play styles. I’d say Nisqy, Bjergsen, and PowerOfEvil are all mid laners where their team plays heavily around mid lane, so it’s hard to rank them individually. I don’t know, mine would be somewhat similar to his I guess, but I’m not really sure.

Jensen: Popularity plays a big role in it, that’s why I think the media shouldn’t have any votes, and people don’t really look at the games in-depth. For example, FlyQuest, TSM, and C9 all play styles where basically they do everything they can to get mid priority, mid control, set up a lot of ganks, etc., so they’ll look better than what they are mainly because their team is so focused on trying to help them. So they basically fuck over their side laners. That’s why I think someone like Jason “WildTurtle” Tran is actually playing really well, because Lee “Ignar” Dong-eun will just leave lane while there’s minions. It’s not really common to do, but I think stuff like that skews the perception of how good a player actually is. I mean if you’re losing lane and your team will constantly help you out, then you’re actually not losing lane, but your side lanes are suffering. I think that’s actually a big thing that’s happening for a lot of these mid laners. Whereas we don’t really play like that at all.

Hotspawn: Right now the fan vote for MVP has Bjergsen on top with more than 51% of the votes. It’s interesting because for a while the broadcast was talking about how Bjergsen is a big contender for the award. As someone who’s always being compared to Bjergsen, how does it feel when the broadcast shapes narratives like that around players given what you just said? I’m sure by now you’ve learned to deal with it.

Jensen: It’s not like it’s really affecting me negatively, but I just want people and the community to have the right perception of players. Because like you said, if a caster or analyst hypes up a player a lot, that’s what the media and the community is gonna listen to and then if they keep talking about that and keep pushing that narrative, then it kind of becomes reality even though it’s not. That’s what I think shouldn’t happen and I just want the analyst desk to be more careful about. It creates a false picture of who’s actually the best or performing well. That’s kind of just what it’s been like for most of LCS, and those things just get pushed too hard I think. The bad stuff gets ignored, to me. That’s what it’s like and I’m not sure the fan votes actually matter because I’m sure it’s just a popularity contest and all that stuff. At the same time when narratives from the desk get pushed like that the media will jump on to it too because maybe they don’t get to watch the games as closely and they kind of believe what they hear. That sticks, and there’s no doubt about it. So that is what I really wanted people to change. It’s not like I think Bjergsen’s a bad player or not deserving of being in the talks, but I just thought it was getting pushed way too hard, so that’s where that conversation started.

Hotspawn: At one point on air, they did say that it felt like whoever won between TSM and TL in their final game could be enough to give the edge to either Bjergsen or Jo “CoreJJ” Yong-in in the MVP voting.

Jensen: Yeah that’s very extreme. I agree that Bjergsen was playing pretty well in the second half of the split, but then sometimes the bad stuff gets ignored. The first half of the split, he was not performing very well and was making a lot of mistakes. But then instead of mentioning that, the casters were like “oh yeah he’s willing to try stuff out for his team, it’s not his fault,” and it just gets covered up. Come on guys, that’s just stupid. Be more objective, you know? It’s just very biased I think. That’s what I think the problem is with these narratives that are being pushed.

Hotspawn: We’re in a time where when you say things about a player it has a ripple effect. When people look back years from now, whether or not a player made All-Pro or won “x” award will be considered when they rate players. It stacks up.

Jensen: Yeah it does stack up. And whether people see it or not, it will affect a player one way or another. For example, if people completely forget about players like that, it could affect their contract negotiations for next year or even just teams looking into them. A lot of people remember these things and they’ll forget people who missed out on it. And it sucks for them; it’s not fair to them.

Hotspawn: Well to turn this mid lane conversation around, you are going to Worlds now, so are there any players from other regions that you’re interested in playing?

Jensen: At this point I’ve played against almost every top mid laner, at least that’s made it internationally. The one that I’m looking forward to playing against now would probably be Zhuo “Knight” Ding because I’ve seen a lot of his plays and he seems really dominant. I’m looking forward to seeing the hype against him and I wanna play against the other top mid laners as well.

Team Liquid’s next match will be in the Winners’ Finals against FlyQuest on August 30 at around 1 p.m. PDT.