Jenax: “I Have an Advantage Because of My Mid Lane Experience” 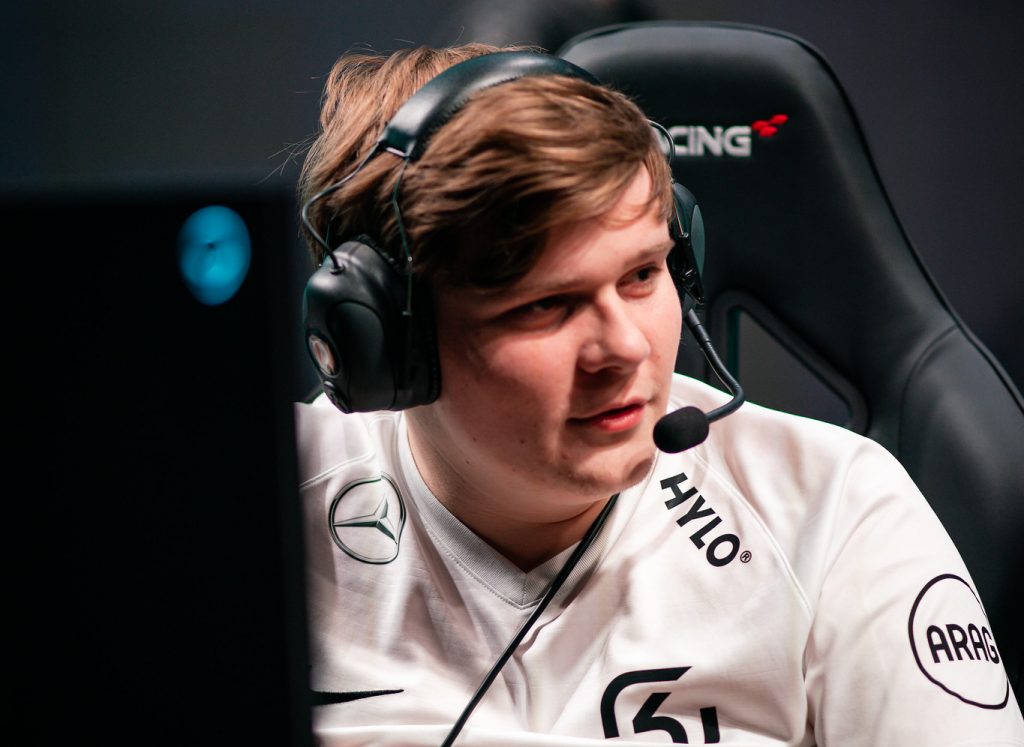 Jenax think he still has a lot to learn as a top laner. Photo via Michal Konkol for Riot Games.

SK Gaming came into the second half of the LEC Summer Split with guns blazing. Determined to profit off the fact that many supposed top tier teams are performing underwhelmingly, the team collected two more victories after beating Vitality and Schalke 04, propelling them to a top four position. All signs point towards SK Gaming making their first LEC Playoff appearance since the 2019 Spring Split.

SK Gaming’s top laner Janik “Jenax” Bartels sat down with us for an interview, shedding light on the peculiar composition the team ran in their victory against Team Vitality. He also shared how his journey as a new top laner has fared so far, and how his experience as a former mid laner helps him in the new role.

Hotspawn: Welcome Jenax! SK Gaming start the second half of the Summer Split with a strong weekend. Even with an unusual composition with Sylas, Kha’Zix, Twitch, and Yuumi against Vitality you looked strong.

Jenax: Yeah, the composition was just really fun to play. It had, like, four carries and Yuumi, right? So we really enjoyed it.

Hotspawn: How long had you been thinking about running that composition?

Jenax: I mean the champions—especially the Twitch/Yuumi combo—we had been thinking about for quite some time. Crownshot really likes to play it. But we didn’t really have the opportunity to pick it that much yet. Now we finally managed to get it. As for Kha’Zix: it got buffed during the break, so we picked up on it. Sylas is also a champion that I used to play a lot when I was still in the mid lane, so I can just play it whenever I want. I don’t really need that much practice on it.

Even though we have no tank, the enemy team needs to be scared.

Hotspawn: The composition is a very aggressive one, and doesn’t have a real frontline tank like the more standard compositions do. Do you enjoy deviating from the meta and playing such an explosive composition?

Jenax: Yeah, for sure. It’s really nice to play this composition as a team. It’s true, you don’t have a tank, but you’re still sort of tanky in the sense that you have two champions with stealth. Also, the Sylas can constantly walk back and forth to the enemy team. So even though we have no tank, the enemy team needs to be scared. I kind of act as a tank in that composition, but Kha’Zix can also act as a tank with his ultimate and his W [Spike Racks], permanently slowing the enemies. The composition doesn’t really need a tank, I think, since we have the zone control from our champions.

Hotspawn: You already touched on it, but when you were still a mid laner you also played Sylas. Is it very different for you to play him in the top lane, or can you rely on your old instincts?

Jenax: It’s mostly the same. I would say that it’s a lot easier in the top lane, honestly. *laughs* Not because of the players, but because of the champions you play against. In the mid lane you play against really aggressive champions that constantly auto-attack you. Your lane is also shorter, so you get harassed much more. In the top lane, you play against champions like Ornn. After the first time you go back to base, you can already just farm freely. They push, then you push, that’s how that goes. And then in team fights I still just have to rely on my mechanics to play the champion correctly.

Hotspawn: Have these champions that have overlap with being played in the top lane and mid lane helped you to become better at learning your relatively new top lane role?

Jenax: So, when I started playing as top laner in the beginning, I had to learn all the champions that were part of the meta. Those champions weren’t played in the mid lane, except for maybe champs like Renekton, right? But I have an advantage because of my mid lane experience. With a champion like Sylas, for example, I don’t need to play a single game in scrims or many solo queue games to know that I will be really good on the champion. My mid lane experience gives me the option to have a lot of pocket picks that people would not expect. You can expect Sylas, maybe, but there are many champions I can play which my opponents would not expect me to pick. 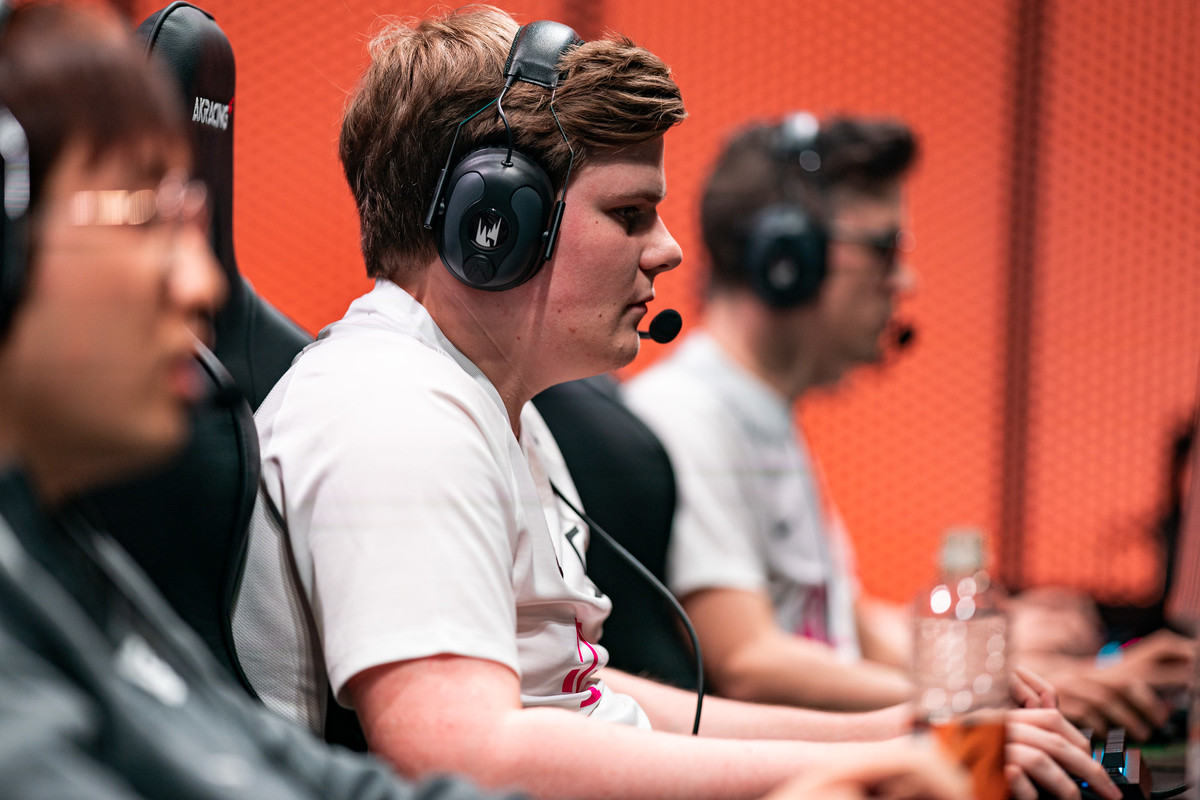 SK Gaming has won more matches in the Summer Split already than they did in the Spring Split altogether. Photo via Michal Konkol for Riot Games.

Hotspawn: You have played in the top lane for a few weeks now. How are you experiencing your growth as a top laner?

Hotspawn: Is there a specific area you’re noticing a lot of growth in?

Jenax: The laning phase. Like, I think that my team fighting is already at a really high point. I think I’m one of the team fighting players in the league, actually. But my laning phase needs some work. I get punished in different ways by different players, and it really helps me to see what they do. Then I just try to do it as well, and that has been working out well for me, I would say.

Hotspawn: Which players do you try to copy and learn from? Do you ever talk with your new LEC colleagues in the top lane about being a top laner?

Jenax: I look a lot at Alphari. He plays the laning phase black-and-white perfectly. He plays it from the book. For the laning phase, he is the player I look a lot at. For macro movements, even during the laning phase, I look at Bwipo. I think he’s really good at moving around on the map, giving up waves and stuff like that. There’s not really a top laner in the LEC I talk a lot to. But there are some that are close to being on the LEC level, and others outside of the LEC that I talk a lot to about the top lane.

Hotspawn: How is your coaching staff at SK Gaming helping you with improving as a top laner?

Jenax: Jesiz especially is really good at pointing out the mistakes I make. If I do something bad, he just tells me what I did badly immediately. I really like that. With other coaches I had before, it would be more passive coaching in that regard. They wouldn’t tell you “what you just did is really bad” that directly. They would try to sugarcoat it maybe, or say it in a nicer way. I really appreciate that the way we do it at SK is just pointing out the mistakes we make, but in a constructive way of course.

Hotspawn: Lastly, the Summer Split is wide open at the moment with Playoffs being a reasonable objective for virtually every team. Did the one-week break between the first half and the second half help you take a breather and realize that it’s all on the line now?

Jenax: Yeah. Before the break started, we already made sure that everyone knew that the first two weeks after the break we would be playing against Vitality, Schalke 04, Excel, and MAD Lions. The first three teams are really beatable and we should win against them. It is really important that we take those wins. If we go 3-1 in these two weeks, then the chance that we make it to the Playoffs is really high. That’s what we made everyone realize before the break started.

Then during the break, I took some time off from the game. For two or three days I tried to focus more on myself. I tried to get a different perspective on how the Split has been going for us so far. I feel like everyone on the team found their own way to refresh their mentality a bit.

Hotspawn: What do you mean by getting a ‘different perspective’ on how the Summer Split is going so far?

Jenax: When you play every week, you can get stuck in a certain mood. We had a win-loss-win-loss pattern, but then towards the end, we had three losses in a row. The mood was going a bit downhill, and practice was going down as well. With ‘a different perspective’, I basically meant that I made sure that I also realize that these first two weeks are super important to us. I want to give it my all here, and not let the break make us worse. The break doesn’t mean that we are slacking, or that we’re in vacation mode. It’s just some time off, and now we’re going all-in again.

SK Gaming’s next opponent in the LEC is Excel Esports. The match will be played on Friday, July 24th, at 6 pm CEST.