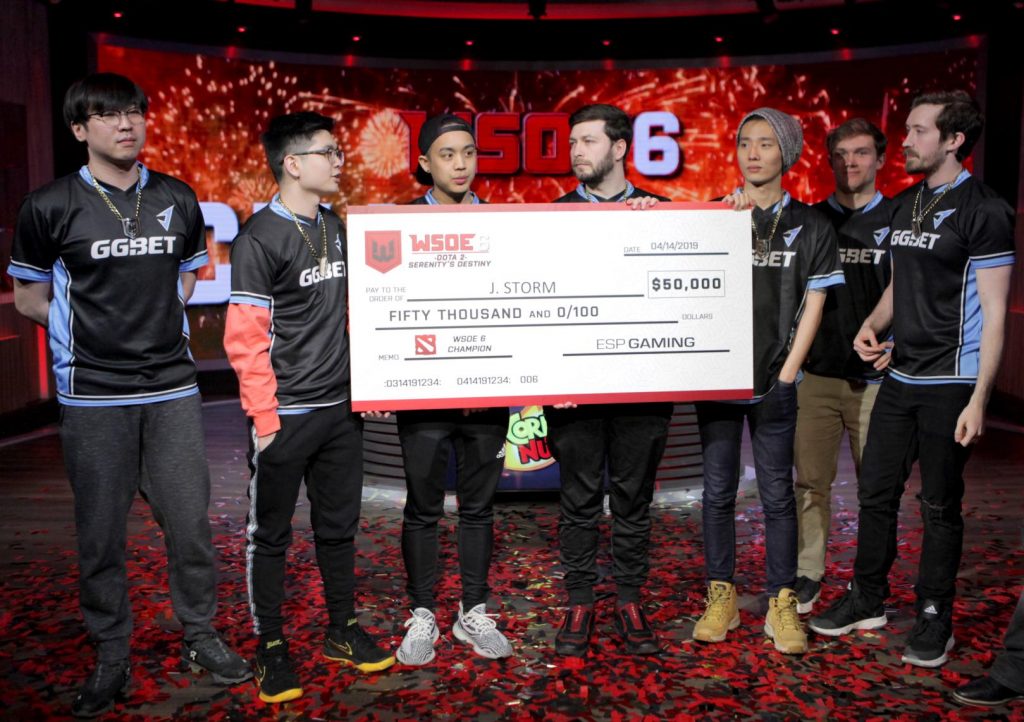 The World Showdown of Esports saw its sixth iteration unfold over the past weekend, April 12-14. WSOE 6: Dota 2- Serenity’s Destiny saw four teams face off for the opportunity to challenge Team Serenity, the winners of WSOE 1.

J.Storm earned their spot in the Championship Match through a chain of 2-1 series. They then faced off against Team Serenity in a long best-of-five. Serenity won games one and three, while J.Storm rallied for games two and four. The fifth game went to 72:38 (min:sec), with J.Storm coming out victorious. They took home $50,000 USD of the $100,000 prize pool.

The North American J.Storm won the last two games of the series with a Sven-Lina-Abaddon-Necrophos line-up, swapping Batrider for Ember Spirit from game four to five.

Artour “Arteezy” Babaev and Syed Sumail “SumaiL” Hassan from Evil Geniuses were on hand for commentary and also for a brief Showmatch. Arteezy won both rounds, the first a Pudge matchup and the second an Axe matchup.

It’s unclear when J.Storm will next compete. They’re sitting out the next round of the Dota 2 Pro Circuit but will surely compete in the qualifiers for the final pair of DPC events.

WSOE 7 has not yet been announced. WSOE 2 and 5 featured Hearthstone, 3 was a Fortnite event and 4 featured Rocket League. Either of the latter two could come back to have their own Championship Match challenges or perhaps WSOE will dip into a new esport?  What would you like to see featured next in the MMA-esque series? Let us know on Twitter.