Izayaki on Trade from LA Valiant to Shanghai Dragons 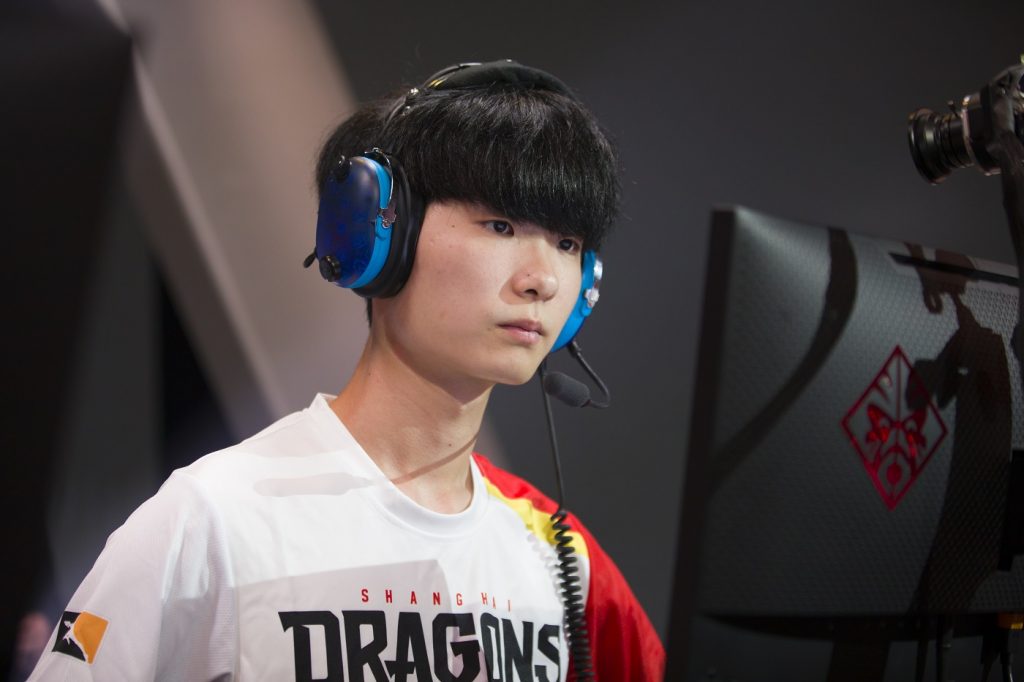 The Shanghai Dragons will have two must-win matches this weekend as they face the Philadelphia Fusion and either the London Spitfire or Seoul Dynasty to reach the top right in Playoffs. Potentially facing off against the two finalists of the Inaugural Season, the Dragons’ new roster, mostly composed of former KongDoo Panthera players, have proved that the team’s 0-40 narrative is long in the past.

You have recently been traded from the LA Valiant to the Shanghai Dragons. Can you describe that process?

Ever since Stage 2, the Valiant were looking to send me elsewhere because I had a bit of a problem with the language barrier, communication was an issue. Shanghai’s coaching staff had an interest in me, so I took their tryouts test and qualified, that’s why I was able to transition to the Dragons.

Can you describe the difficulties that a language barrier brings both in and out of game?

For context, in the past the Valiant was partly Korean and partly English-speaking. So that was when I was very enthusiastic about learning a new language, that’s why I went over there. I joked with my English teammates all the time. But one by one, players started disappearing and the English players started increasing. I kept having the same language problems over and over again, so I became more silent. It became really difficult for me, that’s why I really wanted to move out of the team.

It was a really good experience and learned a lot from being La valiant I'll never forget it and I will do my best in Shanghai Thank you all !!

Was there other reasons outside of joining an all-Korean roster that you wanted to play with the Dragons?

I think the first thing for me was that they were that all-Korean team. Another thing was that I was informed as a player of the 2-2-2 role lock very early, so when I was making those considerations, I immediately put my thoughts on Shanghai. Everyone was predicting that Shanghai would be stronger in Stage 4 because of their DPS line and that the DPS role would be locked in. I considered that deeply when I was trying out because my job as a support becomes significantly easier if my DPS are excellent.

Would you say that the synergy between you and your DPS is more important than that between the supports and tanks in 2-2-2?

I think the first and foremost synergy that teams should value is the synergy between the two healers and the one right after is the DPS and their healers.

How has your role as the flex support changed, now that playing three supports is not possible now?

I formerly played a lot of Zenyatta and I was able to play Mercy, Lucio, and Moira. But one character I had a bit of discomfort on was Ana, and I realized that I was unable to play her up to as high of a level as some of my competitors. As a result, I think I was pressured to practice Ana a lot to be more flexible.

Which influences your support choice more – your competitors, or the map you are playing on?

I think regardless of whatever team we play, the general consensus is it’s a 7 to 3 ratio between Ana and Moira. We consider maps and all, but just for me I seem to be playing Ana more frequently. There are some teams that focus a lot more on Zenyatta, but now I’m playing a lot more Ana.

Do you think 2-2-2 role lock is good for Overwatch?

I think for me as a player, the benefit of GOATS was that I was able to deal more damage and be a threat, but the negative of the 3-3 meta was that it was very boring to watch. Even I as a player noticed that a lot of the community didn’t like it, the viewership dropped, and there was a bit of animosity growing day by day because it was frankly boring.

With role lock, the healers need more synergy and require more individual outplaying mechanics. When DPS pop off, it’s also more interesting to watch than three tanks and three healers just bashing at each other. I think viewers will definitely appreciate this new role lock.

You can watch Izayaki and the Shanghai Dragons compete against the Philadelphia Fusion on August 30 in the Overwatch League Postseason Play-In.