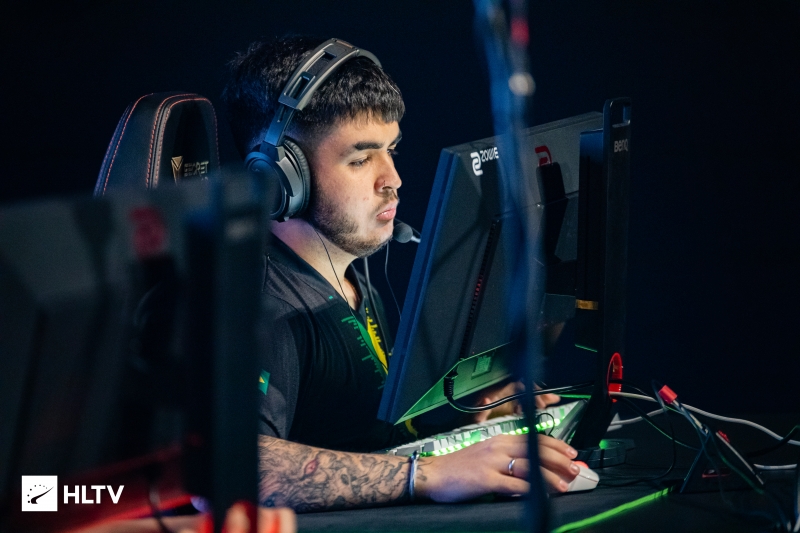 The INTZ roster has left the organization. Rumors are swirling they will be joining BOOM Esports. (Photo courtesy HLTV)

The CS:GO roster behind Brazillian organization INTZ has disbandend according to the team’s coach, Alessandro “Apoka” Marcucci.

In a video posted on Twitter, Apoka thanked the organization and his team, claiming they accepted an offer from “a different project.” In December, the organization announced its intention to sell the INTZ roster in the new year.

Regarding the departure, Apoka said: “Today we officially announce that we are no longer part of INTZ. We sincerely thank you for all the time we spent in the organization and we wish the best for INTZ ever!”

Although the organization, nor its players, have officially revealed their next move there’s information connecting them to Indonesian organization, BOOM Esports. News of INTZ broke soon after ESL announced the 24 teams competing in this year’s Pro League, which BOOM Esports is on the bill for. On February 7th, a report by ESPN Esports Brasil claimed the two were in discussion and close to reaching an agreement.

INTZ had qualified for Season 11 of the ESL Pro League after defeating Riot Squad in the ESEA MDL North America Final; thus, BOOM Esports’ inclusion in ESL’s announcement would be a logical lead to who will house the Brazillian quartet next.

According to the same report, the team is eyeing former MiBR rifler João “felps” Vasconcellos to fill in for Alexandre “xand” Zizi, who parted ways with INTZ at the beginning of the month. Felps has been in limbo since being released by MIBR. The 23-year old Brazillian spent several months with Luminosity Gaming before moving on to TeamOne; the latter of which was a mere one month stint on loan.

The following players have left INTZ: