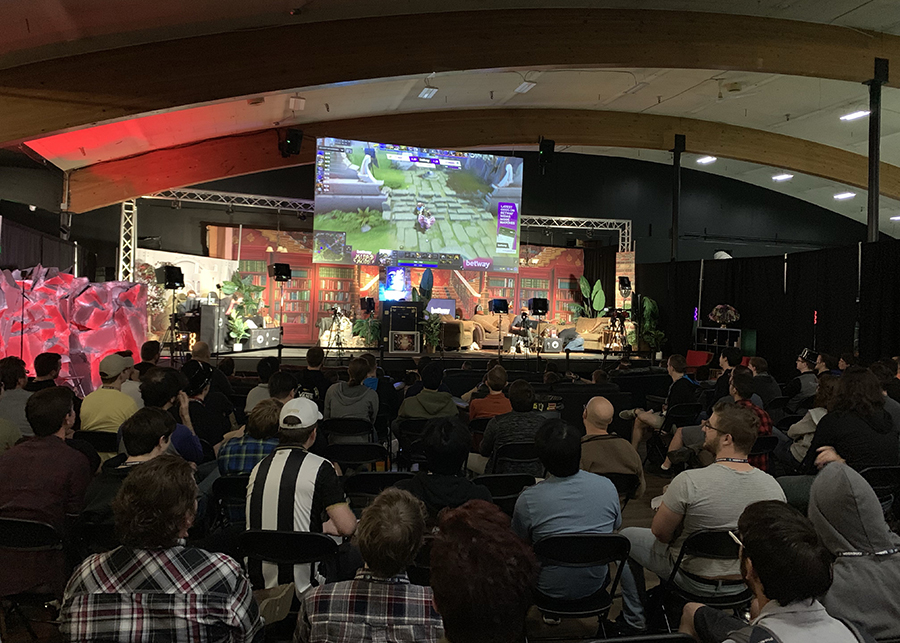 BETWAY Midas Mode 2.0 has had unparalleled levels of fan integration.

The very foundation of BETWAY Midas Mode 2.0 is the concept of interactivity. It’s been the basis for Moonduck Studios’ decision-making as the event moved from concept to reality. The experience on-site at LocalHost Arena in Denver, Colorado, was tailored to ensure the maximum amount of fan involvement. Even the online viewing experience has been enhanced from the typical Dota 2 tournament.

From start to finish, BETWAY Midas Mode 2.0 has featured unique ways to integrate fans into the tournament.

While some people feel that Twitch chat is an integral part of their viewing experience, it’s very rare for chat to be incorporated into a broadcast. Moonduck decided to harness the power of online viewers by having them ban four of the heroes for each draft. Voting was done during a window of time ahead of the draft and completed using “!heroname” as the command in chat.

When teams ran out of Moonbucks, decided to random a hero to avoid spending Moonbucks or wanted to complete a bounty involving Twitch voting, Twitch chat was also given the opportunity to draft for teams. The same mechanics were used, and Twitch took full advantage to draft sometimes ridiculous line-ups for teams.

Midas Mode 2.0 has all the usual interaction options. There’s been an official signing, when the talent on hand-signed shirts and mousepads for everyone interested. But above and beyond that, many of the broadcast talent spent much of the event mingling with the crowd anyways. Everyone was happy to take photos, sign merchandise or chat for a few minutes.

And then Moonduck dug deeper for their onsite interaction options. Lawrence “Malystryx” Phillips is on hand making sure that the VIP ticket holders, in particular, are kept entertained and engaged with the event. What has this meant? 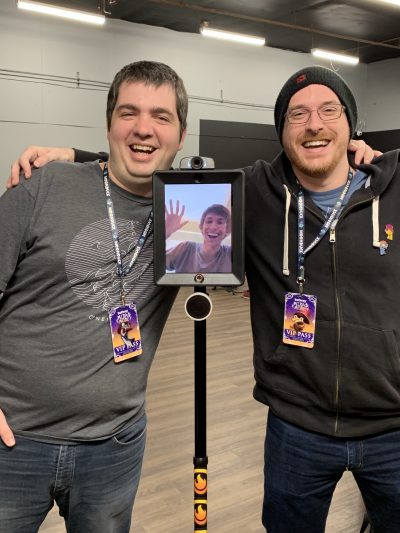 Malystryx can often be spotted in the crowd, chatting with fans, pulling them aside for various unique opportunities. As an example, early in the week, two lucky fans were able to “meet” Danil “Dendi” Ishutin via the short-lived Hotspawn-branded robot.

VIP ticket holders have also been called up to help with content pieces. There have been various opportunities for people to help out, sometimes joining the panel, sometimes participating in the filming of pre-produced segments such as the introduction of HARD MODE on day five.

The despicable Sir Sadim has introduced HARD MODE just in time for the playoffs….

Midas Mode 2 WILL NEVER BE THE SAME AGAIN.

Other onsite opportunities have been plentiful. The custom map for Midas Mode hasn’t been 100% stable, and this has resulted in several attendees having the opportunity to help playtest. There was also cosplay competition with a US$10 limit, resulting in some ingenuity among attendees as they came up with quick and easy cosplay ideas.

The tournament has also provided VIP ticketholders with unprecedented opportunities to interact with pro players and actually participate in the competition itself.

The Creep Takeover was a source of delight for many. Just being in a game with a pro player can be exciting, but fans are able to actively help out. And they’ve been recognized by the pros for their hard work – not only in-game in the form of chat comments and pinging, but also in post-game interviews.

Virtual Reality Roshan has also given fans opportunities to impact gameplay. The Super Roshan upgrade includes the power to punt players as far as the mid-tier 1 towers and has been especially satisfying for viewers. In addition, there’s a sense of camaraderie among the onsite fans, cheering for whoever is the current Roshan and offering advice.

And honestly, it’s that sense of camaraderie that’s developed between the onsite fans that are the most touching. When we spoke with Kamil “CamelCash007” Basara for his profile for the VIP showmatch, he mentioned the friendships that have formed between fans. “We actually agreed that if this ever happens again, [my new best friends] will drive from Canada, pick me up in Illinois, and then we’re going to drive here together.” He told us about the VIP Discord, which not only provided Malystryx with an easy way to access the VIPs but also has facilitated friendship-forming between fans.

The fans recognized that Midas Mode was truly aimed at them.

Every fan we spoke with at Midas Mode expressed their approval of the event. They were appreciative of the opportunities to interact with talent and even pro players. All of this culminated in the purchase of an appreciation cake.

We spoke with Remo, who had the idea to purchase the cake, about his opinion of the event:

“This definitely feels a lot more geared toward the community than TI. There, you’re going to witness the pinnacle of what Dota 2 is….but the community kind of takes a background to that. The talent try to make time, but they’re so busy….So when I came here, and Slacks was routinely going through the crowd, tapping people on the shoulder, ‘How’s it going? Are you having a good time?’….no other event makes the community feel like this does.”

The fans at the event got a custom made cake for @SirActionSlacks and the Moonduck crew. So @MalystryxGDS decided to throw him a surprise panel. It's all very wholesome.

Thank you community for your love and support. pic.twitter.com/Doc6QYRoAI

The custom Midas Mode cake was presented to the Moonduck team on Thursday, September 26, in a surprise panel coordinated by Malystryx.

Remo really summarized the gratitude of the community for the event in a message for SirActionSlacks and Moonduck:

“The community notices what you’re doing, the effort that you’re putting forward, between you and Moonduck and everyone else that has collaborated. We really appreciate it, and we hope that you continue doing what you do because we feel it and we like it.”