Inspired: “If We Get Out of This Group, We Will Get Really Far in This Tournament” 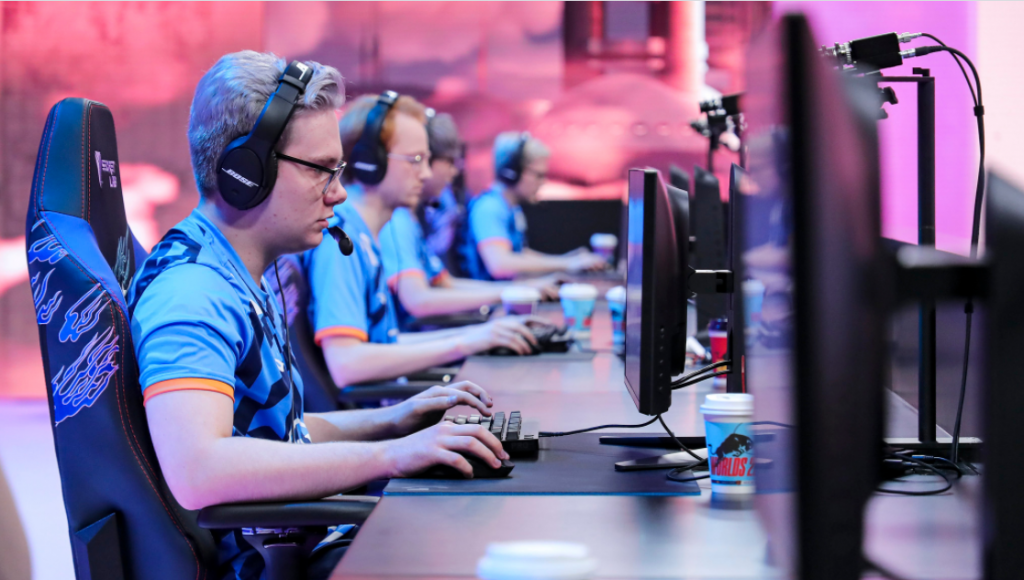 The real test for Rogue will come in the next few days. (Photo courtesy Riot Games)

The Group Stage of the League of Legends World Championship could not have started better for Rogue. Not only did the European team defeat PSG Talon, they did so in mind-blowingly dominant fashion. Without dying a single time, Rogue steamrolled over their PCS opponents, securing a first victory on the international stage. A much-needed win, because the two other teams in Rogue’s group are tournament favorites JD Gaming and DAMWON Gaming.

After the victory, Rogue jungler Kacper “Inspired” Słoma joined for an interview. He talked about the convincing victory against PSG Talon, and the tough task ahead of his team. Inspired touched on the comfortable meta for himself, and how his team will try to topple the two giants in his group.

Hotspawn: Thanks for joining, Inspired! Congratulations on the dominant victory against PSG Talon—how are you feeling about the start of Worlds?

Inspired: Well I obviously feel great because we won. About the game: I felt really comfortable in the game. Basically, after minute five I knew that the game was going really well for us and that we would probably win it if we didn’t make any big mistakes. I also didn’t really have to do anything in the game, so I was just peacefully farming my jungle. My bot lane was taking over the map. It was definitely nice to win, but I hope that I’ll be able to do a bit more in the next game.

Hotspawn: Many people were saying that this game was already won in the draft phase with you on Evelynn, Larssen on Lucian, and Finn on the Malphite. Did you feel the same about it?

Inspired: Yes. I mean, I knew that, if Graves and Renekton wouldn’t snowball too hard, or if they would put me behind early on, then the game was pretty much over. They had Senna as the AD carry, and Graves and Renekton who are really bad at killing the Malphite and are really immobile. We had a lot of damage, so if the game would be even for about ten/fifteen minutes, we would win. Even though we just wanted to scale a bit, we still got an advantage early on. We felt really comfortable in the game.

Hotspawn: Talking about PSG Talon specifically: you got a chance to watch them perform during the Play-Ins. How did that help you in your preparation to play against them?

Inspired: For me, it didn’t help much. Both their mid laner and jungler were different in the Play-In Stage. So I was watching some games of their Playoffs, against Machi Esports. I saw that the jungler really likes to play Graves, so we prepared for him picking Graves. I knew I could just play Evelynn into it if I have a good mid pick like Lucian.

Hotspawn: Were there any general trends you were able to pick up on from watching them play? Perhaps how they adapted to this meta overall, or how they approach fights.

Inspired: We also knew that their top laner really likes to play Renekton or Ornn. You could see it during the Play-Ins, but also during their Playoffs in their region. We kind of prepared mostly based on their Playoffs matches, not really from the Play-Ins. The players were a bit different, obviously, and I think the mid/jungle plays a really big role in how you want to play the game as a team.

Hotspawn: Looking at the rest of the group, you have a pretty tough one with DAMWON and JD Gaming who are playing against each other as we speak. How are you feeling about facing them?

Inspired: Well, obviously I hope we can win. But I think they’re obviously the favorites. I think both DAMWON and JDG are the strongest teams in the world, so I was pretty sad after we got into the same group as both of them. *laughs* Maybe if we play well as a team and don’t make many stupid mistakes, have a good draft, we can take them. But I think, if we get out of this group, we will get really far in the tournament.

Hotspawn: Actually, as we speak DAMWON defeats JD Gaming in just 24 minutes. That’s a pretty strong performance from them. Between those two, who do you look forward to facing most?

Inspired: Oof, both junglers are really good. I think for my top laner and mid laner it’s way easier to play against JDG. I think both Zoom and Yagao are a bit worse than Nuguri and ShowMaker. But for the jungle match-up: I think both Kanavi and Canyon are really similar, and both are very good. So for me, it doesn’t really change much. I think that JDG is a slightly worse team. Well, they just lost as well, but I think the game right now was very one-sided from the draft, so it was very easy for DAMWON to play.

Hotspawn: You’re talking about your individual match-up, but what about team play? You said that JD Gaming is easier for Finn and Larssen. But overall, do you think that any of these teams have specific edges over you guys?

Inspired: I think that JDG is the team that mostly plays around their support and jungle together. I think that LvMao and Kanavi play really well together in the early game. If they get the snowball going, they’re stronger as a 2v2 and then they’ll get as much of an advantage as they can. DAMWON is more of a team that plays for advantages in the mid lane and top lane while the jungle is just farming until minute eight. Then they group up for the Rift Herald, and from there they’ll just snowball the game, roaming from mid to top. I think that’s how they like to play the game.

Hotspawn: Rogue was criticized during the LEC Summer Split for playing the same scaling style over and over again. However, against MAD Lions and G2 your team showed it can adapt and switch up playstyles. Do you think you can adapt and switch enough to make life difficult for the likes of DAMWON and JD Gaming?

Inspired: Well, if we were winning with the stuff we played and no one could really do much about it, we felt like it’s really good to just stick to it. We just didn’t really want to switch stuff, but we definitely could play something else. Now that we saw that most of the teams have switched to carry junglers and they’re winning with it, we also felt like it might be a good time to also switch to that. I can play both carries and tank junglers. So yeah, right now we’re practicing a lot of Graves, Nidalee, Evelynn, and I’m really comfortable playing them. I guess will play against the best junglers that can play Graves and Nidalee, so it will be really fun to play against them.

Hotspawn: Evelynn is your favorite champion to play overall, but for most of the year, she wasn’t really viable. It must be really exciting to have her be so strong at the moment.

Inspired: Yes, I really enjoy playing Evelynn. I did so before as well, but she was pretty weak. After the buff I didn’t even realize instantly that she’s that strong. I had to lose the series against Fnatic to realize that she’s really strong.

Hotspawn: Finally, I want to ask you about the other LEC teams here at Worlds. They’ve got easier groups than you do. How do you feel about Europe’s chances in the tournament? Do you think EU can perform well?

Inspired: Honestly, for G2, I want to see their game against Suning. I’m really not sure how Suning will do in these offshore games. In the LPL semi final they got 3-0’d by Top Esports. In scrims we’ve played against both Top Esports and Suning, and Suning was way better there. But they lost against Top Esports, so I guess maybe they play a bit worse on the offshore games. G2 is getting a buff when playing offshore games, so I think G2 will go first in their group. For Fnatic, I think that whole group is really close. Every game will be very close, and there will probably be tiebreaker matches to determine who will get out.

Rogue’s next match is against DAMWON Gaming on October 4th, at 12 p.m. CEST.