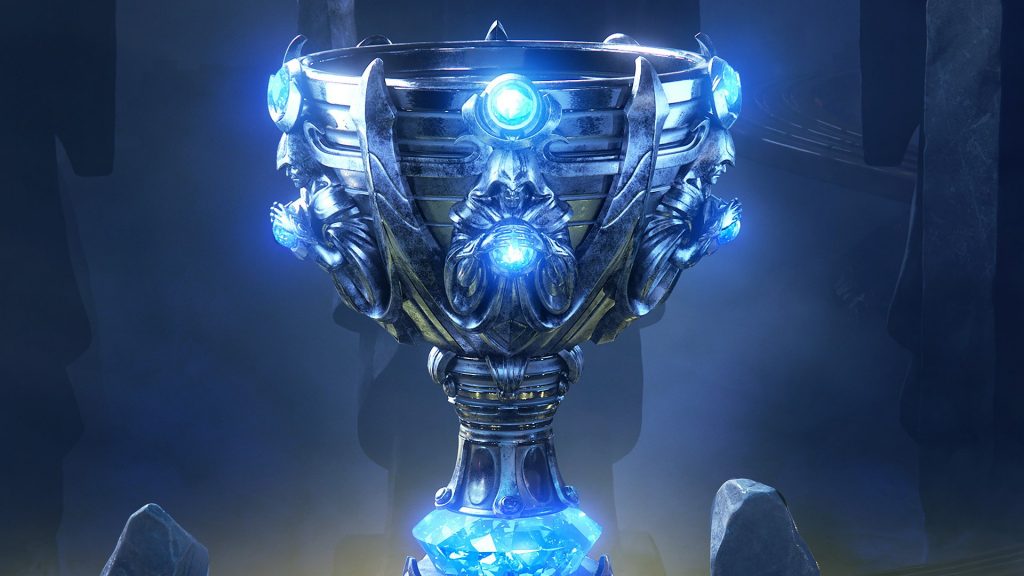 Group B is without a doubt the group of death, as both RNG and Gen.G find themselves in the same group yet again (Image courtesy of Riot Games)

The groups for the 2018 League of Legends World Champions have been drawn. Although the play-in games are still to come, we can draw some early conclusions based on the results of the draw.

Group D features EU LCS first seed Fnatic, NA LCS second seed 100 Thieves, and LPL second seed Invictus Gaming. At first blush, this seems like and is likely the second hardest group of 3 behind Group B. However, because it contains a European, North American, and Chinese team, Group D will see only a wildcard or the third seed LMS team G-Rex join as the fourth squad. That sets up nicely for Fnatic and Invictus Gaming to make it out of group considering 100 Thieves’ recent struggles in North America. 100 Thieves should also be happy with this draw, as they would end up an underdog in any of the groups. In Group D they avoid the three Korean teams and figure to get the weakest play-in team. There is not much more you could hope for in a group.

Group of Death: Group B

There is no debate that Group B is the group of Death at Worlds 2018. It features LPL first seed Royal Never Give Up, LCK third seed Gen.G, and EU LCS second seed Team Vitality. This is easily the most intimidating group of 3, but it doesn’t get any easier when it comes to their play-in. If heavy favorites Edward Gaming, G2, and Cloud 9 make it through as expected, Cloud 9 will be forced into Group B. So Group D is trending toward featuring Team Vitality and Cloud 9, two teams that arguably could be favored to make it out in other groups, fighting as clear underdogs to Royal Never Give Up and Gen.G. Western fans will not want to pin their hopes on making it out of this group.

The Best of the Rest

Group A features LMS first seed Flash Wolves, LCK second seed Afreeca Freecs, and Vietnamese representative Phong Vu Buffalo. The play-in team joining the group will very likely be one of Edward Gaming, G2, or Cloud 9. Afreeca Freecs will be the strong favorite to finish first in the group. After that, it plays out very nicely for Flash Wolves and the play-in team. Flash Wolves will likely battle out whichever play-in team makes it in the group for second place. Phong Vu Buffalo could surprise but are seen as a distant fourth heading into the tournament.

Group C features LCK first seed KT Rolster, LMS second seed MAD Team, and North American first seed Team Liquid. Like Group A, Group C will likely add one of Edward Gaming or G2 as their play-in team. As the top-seeded Korean team, KT Rolster will be a massive favorite to lead the group. The rest of the group plays out nicely for strong teams that were hoping for a fighting chance in their group. The second seed will be up for grabs, as any of Team Liquid, MAD Team, and either Edward Gaming or G2 could find themselves moving onto the quarterfinals stage. The early money will be on Team Liquid for their domestic dominance, but we’ve seen North America disappoint on the world stage in the past.