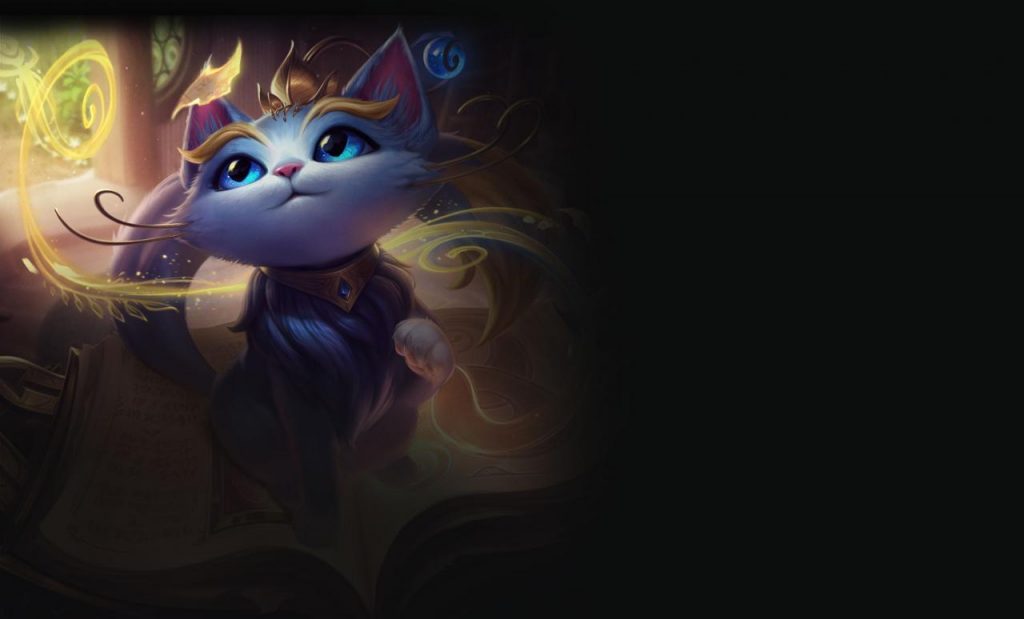 The new League of Legends champion, Yuumi, is designed for support. (Image courtesy of Riot Games)

Riot Games released League of Legends’ newest champion, Yuumi: The Magical Cat in Patch 9.10. Yuumi is very much a support champion, and her kit revolves around being able to attach to allies to empower them while making herself untargetable. Here are our initial thoughts and reactions to this Magical Cat and how she will play in game.

Yuumi fires a missile that deals magic damage to the first enemy hit. If the missile is in flight long enough, it deals bonus damage and slows enemies.

While Attached, Yuumi fires a missile from her ally’s position and can direct the missile’s flight path with her mouse.

Passive: While Attached, Yuumi and her ally gain a percent of each other’s AD or AP converted to Adaptive Force.

Active: Yuumi starts with a point in her W. She dashes to an ally champion and attaches to them. While Attached, she follows her partner’s movement and is untargetable by everything except tower damage. This champion’s abilities fire from her ally’s location, and she can’t attack enemies. There’s no cooldown to jump among her teammates. However, if Yuumi un-attaches entirely, she’ll need to wait for the cooldown to partner up, which starts as soon as she’s attached.

Yuumi heals and gains a burst of movement speed. If Attached, her ally is targeted by the spell instead. This spell has two charges.

WHAT ROLE WILL YUUMI FILL?

Yuumi is clearly intended to be a support, and while we have seen plenty of those champions end up as solo laners, it’s hard to imagine Yuumi making that transition. Her first skill point is always in her W, You and Me!, an ability that is useless without an ally nearby. Her passive, Bop ‘n’ Block, and E, Zoomies, would work well alone, but it’s hard to imagine how she would have any kill pressure in lane. She also lacks crowd control, meaning she cannot set up ganks like other support champions in solo lanes.

With no area of effect abilities, Yuumi has no place in the jungle. As much as she could use her mobility in gank situations, there is no way for her to clear camps, and she would be heavily outclassed in a duelist dominated jungle meta. Bot lane carry is also out for this champion, considering she has no on-hit triggers or massive damage scaling. In her current state, Yuumi is fit only for an enchanter support role.

Yuumi has one of the more unique support play styles for players to figure out because of how her kit revolves around attaching to allies. Her ability to buff up carries, be it through empowered damage, shields, heals and movement speed sound great, but in many cases, she has to take herself out of the fight to do so. Obviously, supports aren’t known for their auto-attack DPS, but the early laning phase will be a problem for this champion cat. She seemingly wants to pair with a late game carry, but possesses none of the early power to allow a hyper carry to make it through laning phase.

Yuumi has great mobility with You and Me!. Being able to attach to a teleporting ally is ideal for roams around the map, and in fights, she can hop from ally to ally with no cooldown. Yuumi may be at her best sacrificing the laning phase to make roams happen, but the question is whether her presence would be enough to influence lanes? She lacks crowd control outside of Final Chapter, which is weak crowd control in its own right. She may pair best with a ranged jungler like Kindred or Graves who have dueling power Yuumi can accentuate through heals and speed boosts.

For a seemingly weak early game, Yuumi’s ultimate doesn’t feel like a huge power spike to hit in her kit. Final Chapter finally gives her some area of effect and crowd control, but it seems like a less impactful Sona’s R: Crescendo that needs to hit multiple times to be effective. The positive for this champion is that through jumping from ally to ally, Yuumi should have an easy time using that mobility to land her ultimate on multiple enemies. The question remains whether the ability is impactful enough to matter.

While Yuumi’s play style is certainly unique, we have serious questions about whether her strengths outnumber her weaknesses. But all it takes is one person to figure out the optimal way to play her to re-frame her outlook. Either way, Riot Games have given us another unique champion to play and master.