Infinite Released From Chaos, Carries on with eUnited 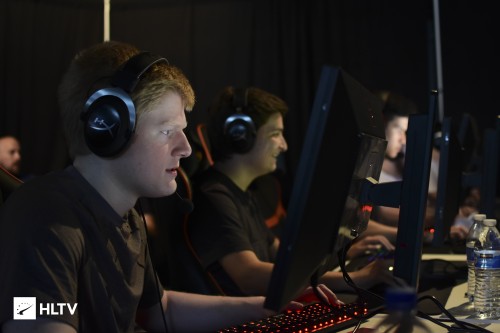 After holding an inactive role on the Chaos roster, Infinite has been removed for the team. He will continue as a stand-in for eUnited. (Photo courtesy HLTV)

American Counter-Strike professional Gage “Infinite” Green  has been released from Chaos following the expiration of his contract, making him an unrestricted free agent.

Infinite came on board with Chaos during the organization’s revival in November 2019 alongside the ranks of Joshua “steel” Nissan and Cameron “cam” Kern who were signed over from Ben’s Anime Team. Prior to Chaos taking control of the roster, the group attracted some worthwhile attention competing in the ESEA MDL for two months, leading to its acquisition and LAN debut at DreamHack Open Atlanta.

In Atlanta, Chaos would bow out early in 5th-8th place, but bounce back the following week to win WESG 2019 North America in December. Despite a decent showing and result, Infinite would be moved to an inactive role on the roster, using the team’s coach Alan “Shakezullah” Hardeman instead. Chaos would go on to qualify for the IEM Katowice closed qualifier in Infinite’s absence, edging past FURIA before being curbed by Complexity in the semifinals.

Chaos would fill its vacancy with star Brit AWPer Owen “smooya” Butterfield, while Infinite was fielded as a stand-in for eUnited. In a tweet, Infinite admitted he is unsure of what the future holds, but will remain as a temporary player for eUnited in the interim.

“I want to thank [Chaos] for all their support for the time I was with them and wish them luck with the team. Don’t know what is coming for the future but for now [i’m] going to continue standing in for eUnited,” he said.

With the possibility of Infinite become a full-time member of eUnited, their roster would show: