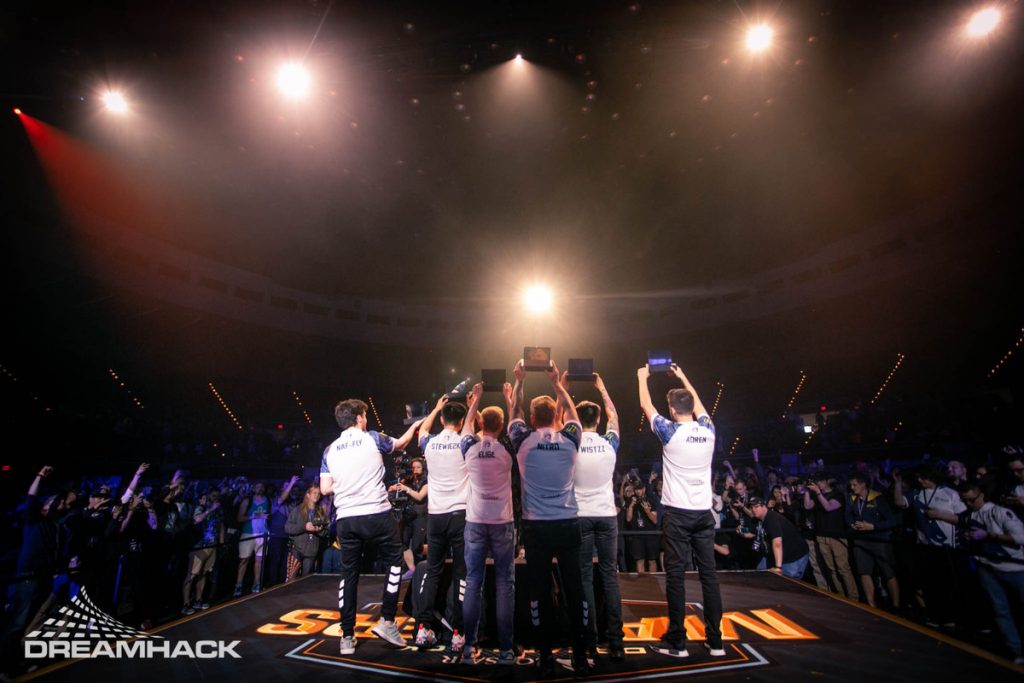 With the release of VALORANT, competitive CS:GO is losing a heft amount of talent. (Photo courtesy Alex Maxwell / DreamHack)

North American CS:GO is once again in a predicament. Team Liquid and Evil Geniuses have both struggled to return to the respective forms shown last year and the gulf between the top tier and the rest of the region continues to grow.

Organizations aren’t keen to sign North American rosters lately and the release of Riot Games’ VALORANT has seen an entire section of CS:GO players decimated from veteran in-game leaders to promising talents of the future. While Europe has seen some departures, North America has taken the brunt of losses.

This latest setback leaves the NA CS scene looking shaky. With domestic talent gutted, options across the pond will become more and more appealing for organizations looking for a boost.

North America has always been a step behind its European counterparts in Global Offensive. The North American match fixing scandal hit iBUYPOWER’s roster and both founders of NetcodeGuides.com in 2015. Cloud9’s Major victory was seen as the result of a miracle run rather than the rebirth of the region. Team Liquid’s summer run of 2019 feels like a distant memory and Evil Geniuses’ honeymoon period from ESL One New York ended quickly.

Beyond a few streaks of brilliance, the North American teams have failed to hold up against the sheer volume of solid European lineups that continue to dominate the landscape. While the rise of a roster through the ranks isn’t uncommon in Europe, with ENCE going from memes to Major finalists, MAD Lions surpassing North and Heroic as Denmark’s newest heroes, North America seems stagnant. Very few teams come from nothing to then challenge those at the top on a regular basis.

This recurring theme across North American esports can be found in many games. League of Legends has a talent recycling issue and remains the fourth best region in the world despite the money poured into it. Counter-Strike has a similar issue with the same names always in discussion with a lack of rising players considered for the best teams.

Compared to Europe, the overall level of competition in North America is renowned to be far lower. This isn’t to say there isn’t talent, but there are few teams or standout players making waves domestically to the point where they could be considered for the best squads in the region.

MDL in NA frequently has teams disband, rosters dropped and orgless squads while Europe may have multiple top 30 teams competing. Rather than being a step below the Pro League, MDL is not seen as a serious competition and it is an area many organizations do not see as worth investing in.

This struggle has understandably led to the NA exodus. VALORANT has drawn more players than the battle royales did previously due to the similarity in basic gameplay to Counter-Strike. With community tournaments taking place regularly and organizations hungry to invest early in the scene, there’s little reason for players not to try their luck.

Many players who have made the switch were unlikely to get another shot to be in a top CS:GO team. Josh “jdm64” Marzano’s time on Team Liquid didn’t help sell him as a player and his stint on Envy was short-lived. The clean slate of VALORANT gives a second chance to those with lifetime bans like Braxton “brax” Pierce and Keven “AZK” Larivière.

Complexity Gaming opted to build its juggernaut with a European core and big entries, or returns, to CS:GO have seen Europeans favored over North American lineups.

It is not just European talent getting snatched up. Gen.G signed BnTeT after years on TYLOO as the region’s brightest star. While this move allows BnTeT to prove himself as a player against better opposition regularly, this leaves smaller regions like Asia at risk of having its future talent poached by American orgs with more money and influence.

For years many have suggested that talent in the West should look for opportunities within the Asian scene. The experience and level even a lower tier North American player could bring to the region would benefit not only the team they joined, but the wider scene exposed to deeper strategies, new mindsets and different ways to play the game.

It isn’t unheard of for European talent to spend time in Asia. Vlаdуslаv “bondik” Nеchуроrchuk spent time on loan with TYLOO while OneThree picked up Mikhail “Dosia” Stoliarov and Rustem “mou” Telepov but the experiment was cut short due to the global coronavirus pandemic.

An upcoming North American AWPer doesn’t have an obvious route to reach an elite level team and there is a long line of European talent that has more experience that an organization could choose to call upon instead. Seizing any good opportunities, whether domestic, international or in a new title entirely, is crucial to staying relevant and being able to continue competing.

Saving the North American scene is a tall order. A single strong team to inspire the region won’t be enough. Having promising young talent hasn’t enabled more than a handful of solid rosters to form and remain together long enough to be competitive. The newest shiny FPS has led many away from Counter-Strike and if all goes well for the title, more will follow.

Third-party infrastructure exists that mirrors the European circuit and yet North America pales in comparison. Leagues look weaker and even FACEIT Pro League is rarely a path to professional play in the region. The importing of further European talent could well boost the region but there is a fine line between enhancing the region and muscling out domestic talent.

The release of VALORANT could help motivate those players ‘left behind’ in CS:GO or could be a nail in the coffin for the region as a competitor to the Europeans. Only time will tell what the impact of the latest blow to NA CS:GO will be and whether it is setting the stage for a glorious new age or the final straw in being a truly competitive and growing region.