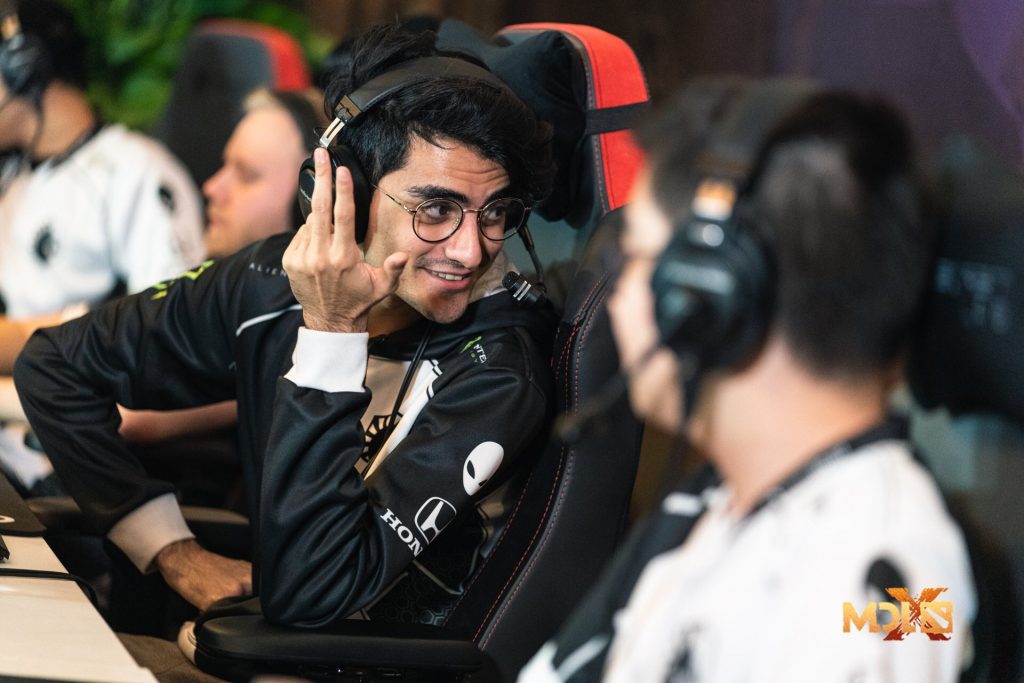 Team captain, Aydin "iNSaNiA" Sarkohi, and the rest of his squad looked unstoppable in the group stage. (Photo via Mars Media)

Two days into the MDL Chengdu Major and there have already been some standout performances, with TNC Predator, Vici Gaming, Team Liquid and Invictus Gaming all topping their groups. Even though this is the first Major of the Dota Pro Circuit 2019-2020 season, the level of competition is sky-high. Some teams look like they’ve hardly missed a beat in the offseason, but even so, there’s been plenty shock results coming out of the Group Stage.

Group A: Predators and PandaS

Before the start of the tournament, it was fair to assume that TNC Predator would be one of the teams topping this Group A bracket. The SEA team took home first-place less than a month ago at ESL One Hamburg. There we saw an incredibly impressive display from the team which had the squad drop only four games in the entire tournament. At Chengdu, the team’s performance has been similarly outstanding. The stack lost no games in the group stages, with Kim “Gabbi” Villafuerte again showing just how good he is on Night Stalker, with a pair of all-star games.

It was a doozy of a Game 1 in the #MDLChengdu Winners' Match for @TNCPredator vs @EHOMECN – TNC finally takes it after 62 minutes with a 67k networth lead! EHOME will be looking for revenge in Game 2!

But while TNC Predator’s top-notch performance wasn’t a surprise, Fighting PandaS swiping second place away from EHOME certainly was. In the first meeting between the teams Saturday, the PandaS grabbed an early win, in part thanks to a questionable draft by EHOME. But after switching to more conventional picks than their game one Clinks, EHOME were able to take two wins and the series. However, the loss allowed the PandaS to dodge TNC Predator, and face EHOME again in the Decider Match.

When you are playing against Fighting Pandas 😂

Here, with all they’d learned from their previous meeting, the PandaS put together two quick games of hyper-carry dominance. In the first match, Jonathan Bryle “bryle” Santos De Guia, showed off his Monkey King, and in the next, his Alchemist. EHOME had nothing that could answer this and slipped into the losers bracket along with the winless Team Unknown.

Group B: Alliance and Fnatic brawl

In Group B, Vici Gaming topped the table after some close matches with Alliance and Team Spirit. Even though they made it to the upper bracket, this isn’t the super-star performance we’d expected from VG so far. It’ll be interesting to see if this stack can survive in the upper bracket against other top teams.

The unexpected double grab – @VICI are hard at work to tie up their series and force @theAllianceGG into a Game 3!

The real story coming out of this group was Alliance. Even though the team fell to second place, they did so after almost taking down VG in the Winners’ match, and clashing with Fnatic in a very competitive pair of series.

In their first meeting, Alliance dropped their second game to their SEA opponents after Nuengnara “23savage” Teeramahanon took control of the game with his fed Morphling. During their second meeting in the Decider Match, Fnatic once again pushed Alliance to the limit, almost taking the first game. But an amazing display from Nikolay “Nikobaby” Nikolov, who’s been a standout for Alliance since his signing, prevented the loss. Ultimately, Alliance found themselves 2-0 against their opponents. Meanwhile, Fnatic were joined at the bottom of the table by Team Spirit, who were unable to score a victory yet in the tournament.

In group C, Team Liquid and Evil Geniuses topped the group as many predicted they would. However, the teams didn’t quite perform up to the standard many had set for them. EG, in particular, looked shaky. After beating Team Adroit in their opener, the team fell to TL in the Winners’ Match. Despite some brief moments of hype, such as an incredible five-man wipe on TL, EG pretty much folded against their opponents, falling to the Decider Match.

That catch from @EvilGeniuses is too much – it's 5 man wipe for @TeamLiquid!

Against Team Aster, EG again struggled, with games that dragged out far too long. In particular, Aster’s Song “Sccc” Chun created havoc with his Morphling and Gyrocopter, almost taking the win off EG and sending them to the losers bracket. Like VG in Group B, EG will have to step up the quality of their play if they hope to advance in the tournament. Aster and Team Adroit finished bottom of this group, with the latter recording no wins.

Invictus Gaming look incredible. Despite not qualifying for this tournament directly, instead running the gauntlet at the DOTA Summit 11 Minor, the team were unstoppable in their first days at the event. The team also arguably had one of the most dangerous groups. Gambit Gaming is hot off a second-place finish at ESL One Hamburg, while beastcoast have looked impressive at every tournament they’ve recently appeared at. And J.Storm have proven they win convincingly, even if their best recent performance was at Midas Mode 2. But iG made all these teams look outmatched.

Invictus have also shown a much more methodical style of play. While at Summit, the team was often racing to victories with quick rotations and decisive play, here at Chengdu, the squad has shown an ability to slow the game down and win with late-game hyper carries.

The rest of this group has been chaotic. J.Storm, second place in the table, never won a series without dropping at least one game. They’ll have to play far better in the Playoffs to keep their upper bracket position.

Beastcoast has also been wracked with turmoil. The team reportedly had issues with flying carry Adrian “Wisper” Cespedes Dobles out in time for the tournament, and on the evening of the first day of the tournament, mid laner Jean Pierre “Chris Luck” Gonzales was taken to hospital. Luckily he was later discharged and played in the remainder of the team’s group stage games.

That catch from @EvilGeniuses is too much – it's 5 man wipe for @TeamLiquid!

Beastcoast and Gambit have fallen to the lower bracket, and will be fighting for their tournament lives, along with the eight other losing teams. MDL Chengdu continues until November 24, with all the action available on Beyond the Summit’s Twitch channel. And stay tuned to Hotspawn as we continue our coverage of the DPC’s first Major of the year.