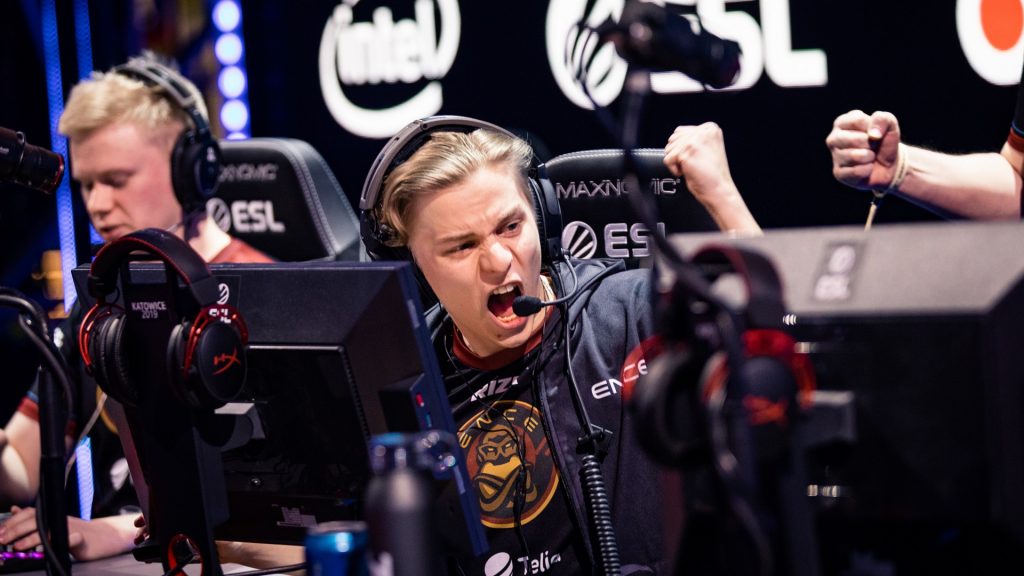 The Champions Stage has finally touched down at IEM Katowice, with the two opening series showing some of the world’s best right off the bat. (Photo courtesy of HLTV.org)

The Champions Stage has finally touched down at the Spodek Arena for IEM Katowice, with the two opening series showing some of the world’s best right off the kick. The stakes are only getting higher as the IEM Katowice Grand Finals awaits us on championship Sunday – let’s dig into how things panned out on the day.

Two names holding a level of regard in the professional CS:GO circuit would ignite action today in the Spodek – FaZe Clan and Natus Vincere.

FaZe’s map pick saw both sides to Inferno for the opening map, though, Na’Vi would turn the tides early with a stunning all-headshot ace from Egor “flamie” Vasilyev. A true dictatorship would ensue for FaZe, taking complete control of their T-side before Na’Vi was able to get themselves back on the board in the 11th round.

Inferno began slipping away from FaZe as they transitioned onto the CT-side – again, in credit to yet another momentum-building pistol ace from flamie. The sheer lockdown of Na’Vi’s defensive side had stopped FaZe dead in their tracks – defusing any sort of steam the team could garner.

Mirage would follow-up the opening map, a gut-wrenching defeat for FaZe and stimulating turnaround from Na’Vi would set the tone as both teams stepped into the server. This time, FaZe would put Na’Vi against the ropes early – though, Na’Vi would showcase their resilience and mitigate any pressure building against them. Mirage would finish in a commanding 16-7 scoreline in favor of Na’Vi as FaZe’s tournament heartbeat monitor went flat.

Na’Vi have become synonymous with this wildcard notion in Counter-Strike; boasting two wildly different forms ranging from experiential matchmaking to transparent and dry. We’d pin them on the higher end of the spectrum in their Katowice showing thus far, seeming to append patches of confidence with each win possibly able to be parlayed into a Grand Final appearance.

Team Liquid and ENCE took to the server in the last match of the evening, a collision that showed explosiveness and aggression versus tactfulness and systematicness. The series against Liquid would mark the first time facing a top 5 team for ENCE – but could the new bloods topple the veterans on the most paramount stage of all?

Map 1 staged the two contenders on Mirage, ENCE’s map pick and typically one of Liquid’s stronger destinations. Within the first few rounds, you could see the discrepancies in experience between the two – ENCE appearing shaky and rattled under the fiery hot pressure brought on by Liquid’s CT-side. Despite what was thought to be the falling out of ENCE, the Finns kept this match within arm’s reach and with a couple of early timeouts, they were able to catch their breath and take things up a notch before losing too much ground. The Finnish unit carried on playing their routine default style of Counter-Strike that ended up winning them the first map 16-11 and turning up the heat on Liquid.

The second map was obviously one of paramount importance for Liquid – either adapt to ENCE’s playstyle or face elimination. The opening of their T-side displayed that eruptive and dynamic approach Liquid has become famous for pioneering; a deadly combination of rounds giving them a cushy 10-5 lead at the half. ENCE would strike back with such brilliance, however, that the No. 2 ranked team in the world ended up looking disconfigured and confused. In the end, ENCE would force a previously unthinkable overtime scenario by threading seven rounds together and overcoming the North American titans, 19-16.

Looking past our shattered Pick’Ems and that of the presumed Astralis vs Liquid Grand Final – ENCE has to be considered more than just an ‘underdog’ at this moment. Practiced, methodical and efficient are only a few words that could be used to describe this team, and now with a Liquid triumph under their belt, their odds in the tournament just grew exponentially. They’ll have to square up against Na’Vi in the Semifinal match on Saturday – a series we’re anticipating will be one for the ages based off the skill ingrained in these two.