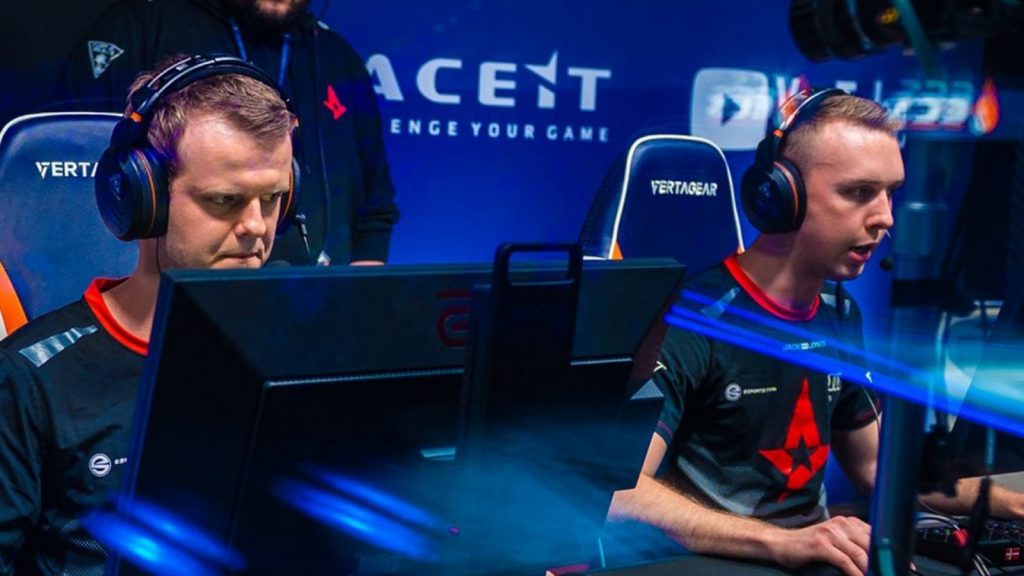 Competition in the IEM Katowice Major took a giant leap towards a more cutthroat setting, crossing over from the Challengers Stage into the Legends Stage.

Competition in the IEM Katowice Major took a giant leap towards a more cutthroat setting once crossing over from the Challengers Stage into the current Legends Stage; heavyweights such as Team Liquid, Astralis, Na’Vi and MIBR joined what was already a treacherous gauntlet. Let’s jump right into what you need to know after Day 7 at IEM Katowice.

Though the Major is traditionally filled with a series of unexpected twists and turns, as the dust settles after Day 7, we can say one thing seems to be in order – Astralis and Liquid both advance with 3-0 records.

Last year’s inaugural Intel Grand Slam winner and global leaders, Astralis, were the presumptive favorites at the tournament; considered to be light years ahead of their international competition, there’s an unceasing level of pressure each time this squad takes to the server.

So how have the Danes look thus far in Katowice? Absolutely deadly.

As Astralis bypassed Renegades today to book their spot as the first seed in the Champions Stage, we got to see the many qualities throughout their matches that makes them so extraordinary. The 16-0 thrashing of Cloud9 showed their discipline and unforgiving playstyle that leaves little room for opponents to bounce back. Falling on the first map and under heavy pressure in the second against Renegades, we saw plasticity in the form of adapting to masterful creativity from their opposition.

Astralis simply has it all, and if we knew what could possibly be done to halt this squad and their supremacy in modern Counter-Strike – well, we’d probably be competing in the Major ourselves.

The Hype is Real

As for the team often referred to as Astralis’ rival, Team Liquid has been on fire as of late. The group has seemed to parlay the momentum from their iBUYPOWER Masters IV title finish into something more as they secured their spot in the Champions Stage in the last series of the day.

What we’ve learned from their three outings in the Legends Stage is that this team has inventiveness and resourcefulness flowing throughout the roster. Jake’ “Stewie2K” Yip has so far been everything we had wanted to see from the MIBR transfer – filling in the gaps with rightfully timed plays that gives Liquid the advantage swing in a number of instances.

The last match of the day drew arguably Liquid’s toughest opponent yet – Na’Vi. The outcome of this series would tell us a lot about Liquid’s championship prospect; their Ukrainian opponent has been particularly strong thus far in the tournament and the bout would truly test Liquid’s potential. Though both maps took vigorous efforts, the 2-0 scoreline against one of the best teams in the world is a good sign for Liquid moving forward with their current roster let alone in the tournament.

Launching back in October of last year, Team Vitality introduced the organization’s Counter-Strike initiative with hopes of being a leading competitor in the professional circuit – an ambitious design that they’ve made great headway on in Katowice.

The Vitality roster inclusive of former LDLC rifler, Alex “ALEX” McMeekin and 18-year old French prodigy, Mathieu “ZywOo” Herbaut, has been a force to be reckoned with in the Major. This unit has a lot going for them – dexterous, tactically proficient, explosive and scrappy when they need to be.

Battling their way up from the Minor, to Challengers, to the current Legends Stage, Vitality’s placing at this leg of the Major is one that is well-deserved. Even with the competition of their fixtures heating up rapidly at this point in the Legends Stage, Vitality has not only managed to stay afloat in these conditions – they are making us into believers of the project.

Arguably the most exciting match of the Legends Stage was Vitality’s Round 2 High Match against none other than Na’Vi. Again, the Ukrainian powerhouse would test the durability of a squad with a wealth of experience and star power. Though the French would fall late in overtime in a 25-22 scoreline, Vitality’s capability to dig deep in an exhaustive match against a team like Na’Vi was impressive, to say the least.

Vitality are set to skirmish against their Australian counterpart, Renegades, tomorrow in the Round 4 High Match for the 3/4th seed in the Champions Stage.