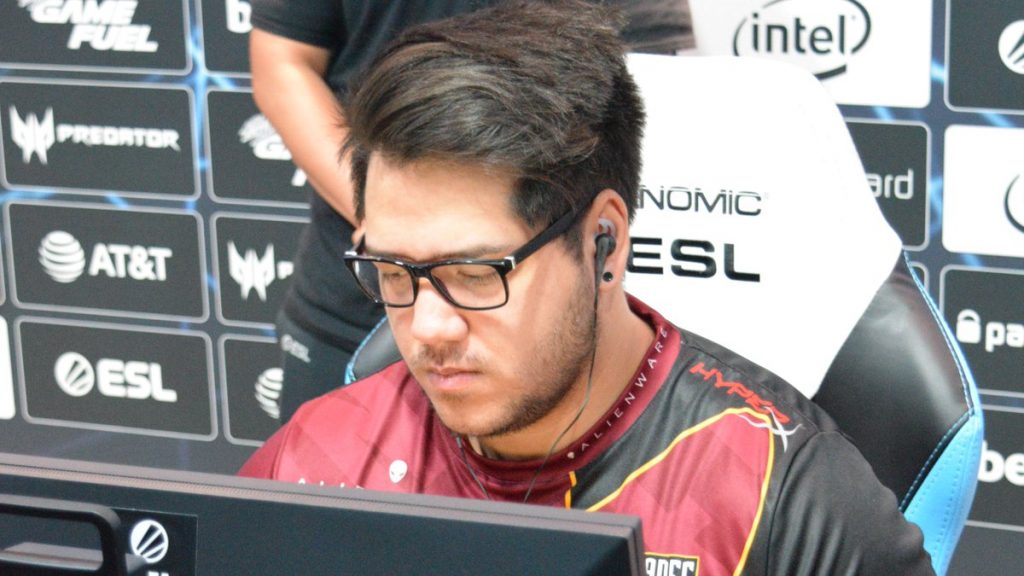 The opening day of IEM Katowice was one jam-packed with thrill, triumph and shock lined a majority of the matches as the dust settled after the first day. The tone of intensity was matched on Day 2, appointing a pair of teams into the Legends Stage while seeing another two home in the process.

There were fairly high hopes for North American organization, NRG, in the Challengers Stage – an outlook they brought to life in stunning fashion. The opening day at IEM Katowice treated them nicely, as the planted themselves in the Round 3 High Match after trouncing Winstrike and ViCi Gaming.

NRG would go on to face a much harsher opponent in the third round who brought them to the limit – TYLOO. Their Chinese opposition came out the gates fiercely, with both sides working vigorously to dictate the pace of the match. Ultimately, Vincent “Brehze” Cayonte would prove to be too much for TYLOO – totaling a dignified 74 kills in their 2-0 victory.

While NRG’s 3-0 finish in the Challengers Stage was a plausible notion coming into the Major, that of Renegades doing so certainly was not forecasted.

The Asian Minor qualifier had stepped-up big this event, taking on a series of progressively stronger opponents such as AVANGAR, Ninjas in Pyjamas and lastly, ENCE. Renegades win against ENCE was perhaps the most stunning of the three, demonstrating a heap of dexterity and brawn that aided them in their 2-0 victory against the Finns.

It was rumored that the team had stayed in Katowice following their stint at the Minor and spent the three weeks leading up to the Challengers Stage bootcamping; though strenuous, the concentrated training has seemed to pay off for the group, appearing well-practiced and sharp in their showings today.

One of yesterday’s themes was that of the favorites faltering in the opening day in Katowice. Among those, was the threat of elimination for Fnatic moving into Day 2 at the Major.

Fnatic has been arguably the most disappointing team this tournament comparatively to the weighty expectations that were placed on them as the #1 seed. Their opening match saw a tough loss to ViCi Gaming, and although that may sound dispiriting on paper, VG has been putting up one hell of a fight. The same goes for Winstrike in Fnatic’s second defeat.

Despite a rough start, Fnatic was able to turn things around today against Grayhound Gaming and keep their Major dream alive in a 2-0 victory. Their upcoming elimination match will see them play G2, a bout they will have to survive before Round 5 if they plan on competing in the Legends Stage.

Maybe we were naive in putting our hope in Cloud9 at the Major, or maybe we’re just hardcore fans of North American CS. Regardless, the fact remains that C9 has been incredibly underwhelming thus far in the tournament.

Their kickstart in 2019 at the ELEAGUE Invitational was astoundingly promising – surfacing in the Grand Final and nearly overcoming FaZe Clan. It would have been just to assume C9 would only mirror that same vigor in the Challengers Stage – unfortunately, you’d be wrong.

Luckily, C9 would secure a win early in their opening bout against Grayhound which has helped keep them alive in this tournament. TYLOO had come out in the second round and absolutely flattened the NA contenders 16-3 on Overpass only to experience another disheartening loss in the following round against ViCi Gaming.

Cloud9’s elimination match tomorrow has them pit against the Brazilian side, Furia. The matchup between these two should be an interesting one – both teams manifesting a more ‘free flow’ style of Counter-Strike that is situationally fluent to the in-game. It’d be hard to pin a winner between them at this point, but what we can say for certain is that this clash won’t be one to miss.