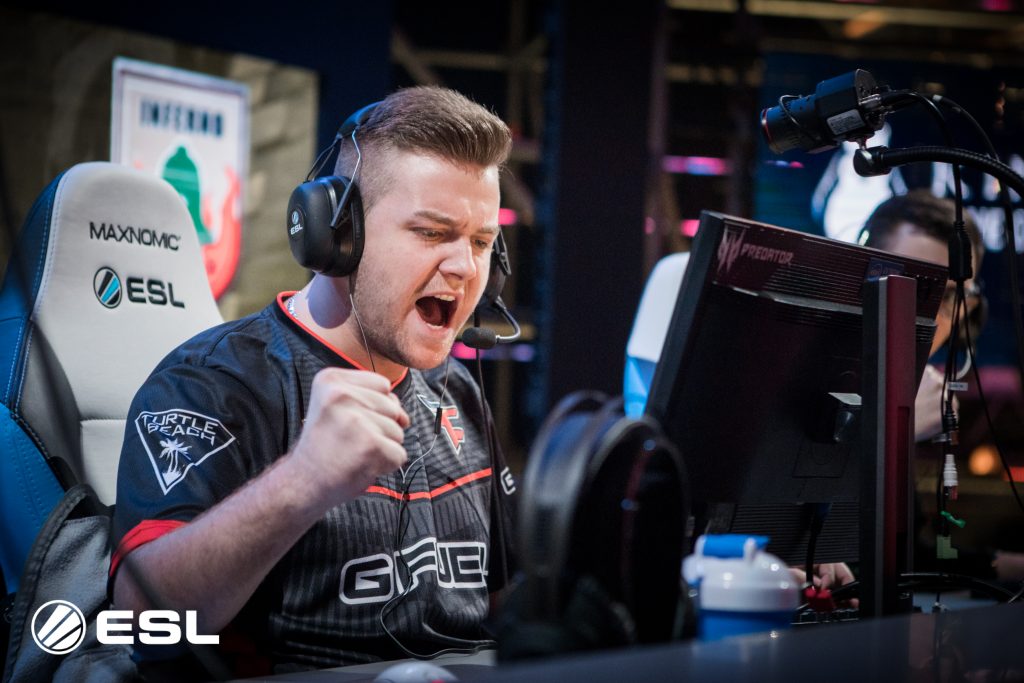 Following the last series of the day, it would be Ninjas in Pyjamas, ENCE and FaZe Clan set to advance to the next leg of the tournament to play in the Spodek Arena in Poland. (Photo courtesy of ESL)

Today’s Legends Stage outings saw six teams quarrel for their last attempt at qualifying for the playoff bracket at IEM Katowice. Following the last series of the day, it would be Ninjas in Pyjamas, ENCE and FaZe Clan set to advance to the next leg of the tournament to play in the Spodek Arena in Poland.

ENCE and AVANGAR would light the servers in the first series of the day – the two rising teams sought to qualify for their first Top 8 appearance in a Valve Major championship; needless to say, this match was embroidered with emotion from the start.

Though things appeared grim for the Finns at the beginning of the Legends Stage after dropping down into the 0-2 pool early in the tournament, ENCE would etch their name onto the IEM Katowice playbill after trouncing AVANGAR today, 2-0.

Coming back into their form, ENCE was able to edge past AVANGAR on Mirage 16-12 in part to an incredibly well-rounded performance from Sami ‘xseveN’ Laasanen. Things only improved for ENCE and got far worse for AVANGAR on Train as the Finns played a near perfect T-side that gave them a 10-5 lead at the start of the second-half. ENCE was able to close things out swiftly as they transitioned to defend as CTs at a 16-7 scoreline, sending the CIS qualifier packing and booking their seat in the Spodek Arena next week.

It’s been a turbulent journey for Ninjas in Pyjamas at the Major, just barely managing to advance through the Katowice trials with some rather unconvincing results. Today, NiP entered into the server alongside French up-and-comers, Team Vitality, to determine their fate in Katowice.

In a series of one-sided affairs starting with Map 1 on Cache, the Ninjas were able to hone in on the virtuosity within the team, winning in a clear 16-7 result. Vitality responded fiercely on Overpass, commanding a 16-8 win and putting the playoff slot back into contention. The series would boil down to Mirage in which NiP would boast everything the unit has to offer, securing 14 round wins on the CT-side and positioning themselves quite nicely as they closed out the map 16-7.

The win pits Ninjas in Pyjamas in their first Major playoff stage appearance since MLG Columbus in 2016.

A Vengeful Win for FaZe Clan

Cloud9 and FaZe clashed today in the last series of the Legends Stage with a tone similar to when the two grappled historically in the Grand Finals at ELEAGUE Boston – this time however, FaZe would surface as the victor.

The opening match on Cache looked rough for Cloud9, facing a cruel nine round deficit at the start of the half; spectacularly, C9 would string ten of their own to nearly even out the scoreline before FaZe locked down the final round on kills. The second map on Dust II started almost identically – the European juggernauts proving to be far too much for C9 to handle with a T-side that went swimmingly for them. This go around, FaZe was adamant in preventing the NA contenders getting anywhere near an overtime scenario, finishing the map 16-9 and with that, Cloud9’s playoff prospect.

The win today against C9 continued on a legendary achievement for one of Counter-Strike’s most storied players, Olof “olofmeister” Kajbjer, as the only player to be apart of a Legends Status team in every Valve Major in history.