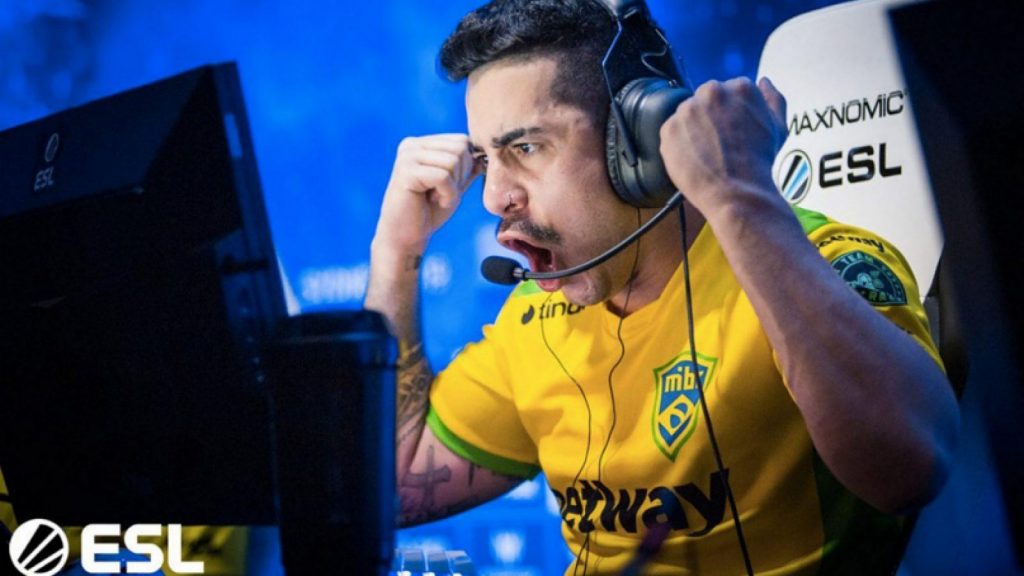 The second set of Quarterfinal matches took place at IEM Katowice with MIBR shining against Renegades and Astralis continuing their dominance. (Photo courtesy of ESL)

The second set of Quarterfinal matches took place today in the Spodek Arena in Poland for IEM Katowice; results today staging the two Semifinal series ahead of championship Sunday with $1,00,000 and the most prestigious title in Counter-Strike up for contention.

The legendary all-Brazilian cast that is MIBR took on Australian underdogs, Renegades, in the opening set of the day. One organization boasting arguably the most decorated roster of players to ever touch the game versus a young and hungry Australian team looking to make their mark on the competitive panorama.

Renegades started Map 1 on Dust II by employing bomb fakes and other clever tactics in an effort to confuse the defense – MIBR however, seemed more than equipped to deal with this sort of trickery. It was textbook Counter-Strike shown by MIBR in the first half, looking alive and putting up a towering defensive wall that gave them a 10-5 lead moving onto the T-side.

Though Renegades were off to a solid start after a clean 3K from Justin “jks” Savage, MIBR would fire back with two rounds that left the Australian side facing a serious economic depression; the Brazilians didn’t keep off the throttle as they extended their lead through the finish line and closed out the map, 16-6.

The theme of the opening map was vastly different from the second as both sides took to Train; Renegades had kicked themselves into high gear, outclassing MIBR and halting their T-side attacks to a grinding stop, round after round. A continuous break in MIBR’s economy coupled with their opposition taking full advantage netted a 10-1 lead for the Australians; though, MIBR would narrow the deficit to 11-4 before crossing over into the latter half. In an unimaginable turnaround, MIBR had come into themselves in full effect, pocketing 12 rounds to Renegade’s one – earning them the victory and earning them a spot in the Semifinal.

MIBR’s conquest through the Major has been quite appreciable so far; undergoing pivotal roster changes with the reinduction of Epitácio “TACO” de Melo, João “felps” Vasconcellos and coach, Wilton “zews” Prado over the player break and jumping right into the most heated competition offered on the pro circuit. One thing is for certain though, the Brazilian unit will have undoubtedly their hardest obstacle yet as they must now square up against global leaders, Astralis, in tomorrow’s Semifinal match.

Business as Usual for Astralis

It was simply business as usual for Astralis as they and Ninjas in Pyjamas stepped into the server to play the opening map in their series on Mirage. Although there is a clear difference in skill between the two contenders, it still would’ve been hard to guess that the Danes would string together 15 uncontested rounds in the first-half against NiP; despite a pistol and subsequent round win thanks to Fredrik “REZ” Sterner in the latter half, Astralis would close this map out swiftly, 16-2.

On Dust II, Astralis would again come out firing on all pistons, smothering NiP on the T-side where even the most microscopic of errors would be tethered into a Danish round win. Though  Dennis “dennis” Edman and company were able to help get NiP on the board, it wasn’t until the second half where the Swedes would begin showing some life in the Spodek. A truly dynamite approach (pun intended) to NiP’s T-side was able to see them take a 14-13 lead in the dying quarter of the game; by this point, however, Astralis had built up their score high enough to where they could clutch up the last three rounds and secure the win against NiP.

While team forms naturally fluctuate over time and through player breaks as the organizations take time off, Astralis seems to be the anomaly to this notion; continuously refining themselves overtime, almost to suggest there are no boundaries for the skill within this unit. If their win today against NiP indicated anything, it’s that Astralis is gunning for the title at a frightening pace.