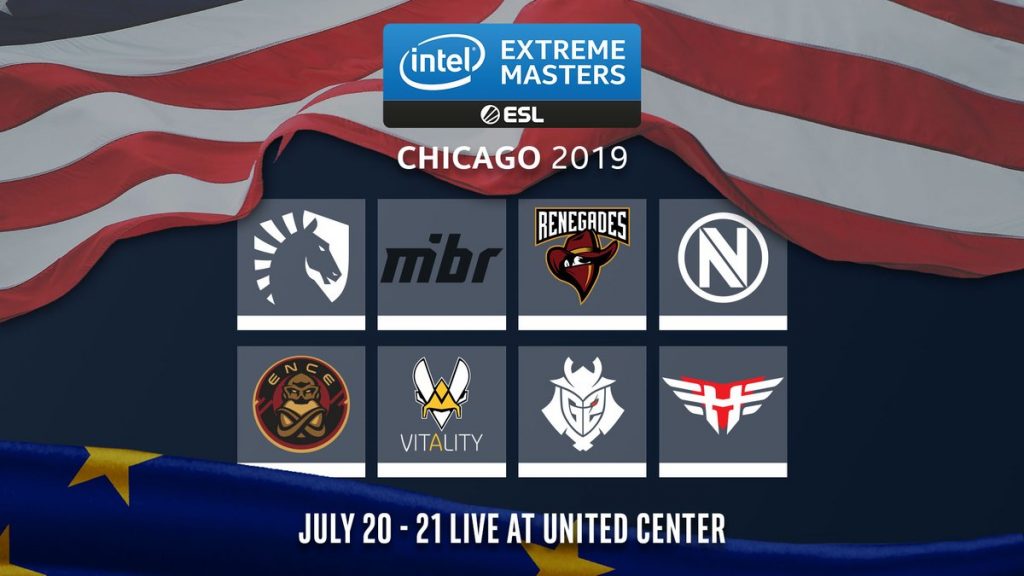 Team Liquid is undoubtedly the favorites at IEM Chicago but the stacked field might have something to say about that.

The latest and greatest in Counter-Strike competition comes to the Midwest this weekend for IEM Chicago. The action commences this Thursday for the group stage in which the eight contenders will quarrel through a best-of-three double-elimination skirmish to earn a berth into the United Center for playoffs. A prize pool of $250,000 USD will be up for grabs in Chicago at the 76th global event in the Intel Extreme Masters circuit.

In the last two months alone, Team Liquid has gone from good to great – ushering in a golden age in the organization and becoming the best CS:GO team in the world. Liquid’s ascension to the top has been remarkably swift – reaching first in global rank just seven weeks ago but arriving with so much vigor that it completely reshaped the current competitive vista of the game. Alongside becoming the first North American team to achieve the number one spot on the HLTV.org leaderboards, Liquid netted the prestigious Intel Grand Slam Season 2 award in a mere 63 days – a record likely to withstand the test of time. In short, this team is the real deal and as it stands, they are projected to walk away with the gold in Chicago.

The North Americans will liaise with a familiar French squad in the first group – G2. The French company had most recently clashed with Liquid in the grand finals of ESL Pro League Season 9 in Montpellier, France where they nearly bested the NA giants in what would have been a juicy upset. Had Liquid not brought forth all the stopping power the rosters swaggers, G2 could have easily stolen the series. More importantly, it was an awakened variation of the team we haven’t seen in a while – with Kenny “kennyS” Schrub and Richard “shox” Papillon unified in a fearsome manner. Likely to have tasted a bit of blood in the water after the aforementioned affair, there’s a bit of emphasis around how G2 will fare in Chicago.

If G2 is to make a run at IEM Chicago, they need kennyS to perform as he did against Team Liquid at the ESL Pro League Finals.

The all-Brazilian roster has been somewhat in a state of turmoil over the last year. A catalog of mixed and disappointing results has raised some serious questions amongst the team, with no clear answer in sight. Last month, MIBR had decided to exchange João “felps” Vasconcellos in exchange for Lucas “LUCAS1” Teles from Luminosity Gaming. Following this trade, the Brazilians would place 13-16th at ESL One: Cologne, one of Counter-Strike’s most important tournaments. To make matters worse, Marcelo “coldzera” David would pronounce his self-benching from the team, leaving MIBR to field coach Wilton “zews” Prado this past weekend at BLAST Pro Series Los Angeles where they placed 5th. Everything considered, it’s incredibly tough to think that MIBR could pull anything spectacular off at this event.

Team Envy will be in for a tough fight in this robust group. Envy garnered some attention after signing ex-FaZe Clan member Finn “karrigan” Andersen in hopes of cultivating a new heavyweight contender in the region. Though karrigan’s stint with the team would be short-lived, and they would revert back to Noah “Nifty” Francis as the team’s in-game leader. Last month, Envy introduced South African rifler Aran “Sonic” Groesbeek into the team’s active lineup, who had spent a number of years playing under the Bravado Gaming banner. While certainly a dynamic group of players who are able to let off some firepower in the server, they’ll have their work cut out for them in this group.

French company, Team Vitality has grown to become one of the hottest teams in Counter-Strike. For one, the organization launched its CS:GO initiative as recent as October 2018 and only nine months later they are the #2 ranked team in the world. Vitality’s incredibly steady rise through the ranks is truly something to marvel at.

Though the team brandishes a roster loaded with experienced players, most of the attention falls upon 18-year-old Frenchman, Mathieu “ZywOo” Herbaut. The in-game awareness of ZywOo coupled with the support of his teammates makes for a death-dealing combination. He is one of the only players to be referenced alongside Oleksandr “s1mple” Kostyliev, widely considered to be the best CS:GO player in the world. Unlike s1mple and his team, Na’Vi, Vitality doesn’t rely as heavily on its star player, which has likely been the catalyst in leveraging ZywOo to their benefit. A Vitality grand final appearance is probable forecast for the tournament.

Renegades achieved a level of stardom and respect after reaching playoffs at the IEM Katowice Major in March before following up with a top-four finish at StarSeries & i-League Season 7. Though, Renegades has ultimately failed to make an equivocal impact in the current competitive panorama since.

Coming off an early elimination at both ESL One: Cologne and BLAST Pro Series LA, Renegades AWPer, Sean “Gratisfaction” Kaiwai alluded towards growing pains within the team in an HLTV.org interview:

“We didn’t play as confidently as we would have before, we didn’t make decisive decisions as opposed to Katowice, where mid-round we would do individual decisions that would change the course of a round and won us the round.” Gratisfaction says. “In Cologne, we were kind of stagnant and letting stuff coming to us and happen instead of taking charge of rounds.”

Gratisfaction specifically has been a recurring victim of visa issues, which had forced Renegades to field Owen “smooya” Butterfield in his place. The Australian company is far from a flash in the pan, though. They were one of the very few teams to topple Astralis in their most dominant era in a best-of-three and became synonymous with changing the tides in a matchup. There could be an opportunity for something big for Renegades in Chicago if they can get back into their previous form.

Though Renegades can be inconsistent, they are a threat to any team when they are playing at their top level (Photo courtesy of Helena Kristiansson via ESL)

Finnish tacticians, ENCE, are among those referenced as having fallen off in recent times. The IEM Katowice grand finalists underwent a heavy upswing in performances following their Major feat, including a first-place finish at BLAST Pro Series Madrid as well as being runner-up to Liquid at DreamHack Masters Dallas. Most of the doubt around the Finns is based off a very premature exit at ESL One: Cologne following loses to Heroic and Vitality.

All things considered, it seems slightly exaggeratory to think ENCE has truly slipped up following Cologne. The team has proven to be perilous in a number of circumstances against top teams and dismissing them entirely at IEM Chicago would be a huge mistake.

Danish band, Heroic, has found themselves at IEM Chicago following the withdrawal of GG.Bet Invitational qualifier, forZe, due to visa-related issues. Heroic’s most recent outing was at the Cathedral of Counter-Strike where they reached the eight among a star-studded cast. Additionally, the team reached the ESL Pro League Season 9 Finals and made a respectable run before being eliminated by future grand finalists, G2. Heroic will be placed in a considerably tough group against ENCE, Vitality and Renegades, but they are very well could be a chance for them to progress into the playoffs by coming out of the gates strong.

The group stage action kicks off this Thursday with the following opening matches: