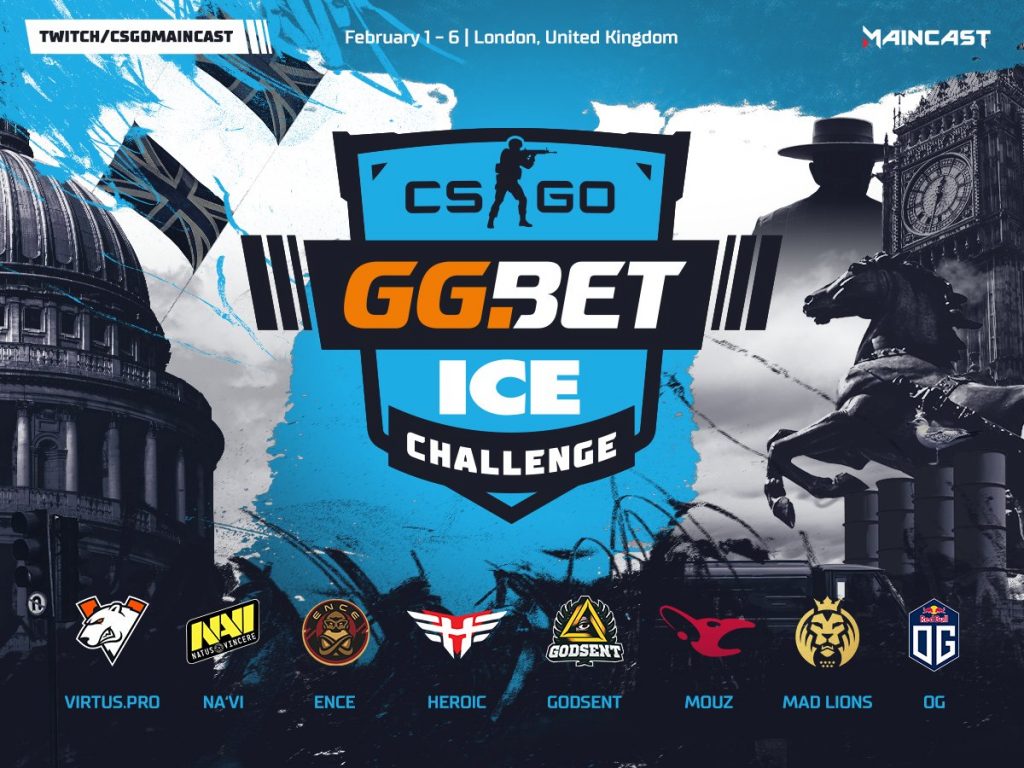 Key information about the CS:GO ICE Challenge has been announced. The tournament organizers have decided on the teams in each group, initial matchups, and the talent who will be bringing the event to life.

You were waiting for it!💥
Here comes the groupstage of ICE Challenge London 2020 supported by https://t.co/1IdtbFRzRK!

The eight participating teams have been split into two groups:

In Group A, mousesports are the favorites by a long shot. As the hottest team coming into the year after their win streak in December, mousesports are expected to take the group over the rest of the competition. The other three teams are fairly close in standing, but they all have something to play for. MAD Lions and Virtus.pro are hoping to make waves with their new organizations. Heroic also has the ability to climb higher in the Danish scene.

The front runner in Group B is Natus Vincere. The CIS squad will try to find their stride and continue their climb back to the top of Counter-Strike. In the middle of the pack, OG and ENCE will bring a grudge match many have been waiting for. Aleksi “Aleksib” Virolainen will go against ENCE, the team that kicked him after the Berlin Major. Both teams will want to win that match in particular. GODSENT are the wildcards of the event, but they do bring some familiar names and firepower.

The talent list has also been confirmed. Leading the desk will be Tres “stunna” Saranthus, joined by Halvor “vENdetta” Gulestøl and Jacob “Pimp” Winneche doing analysis. The commentary duo of Matthew “Sadokist” Trivett and Henry “HenryG” Greer will chime over the whole event.

The ICE London Challenge begins on February 1st with the finals taking place on February 6th.