Hyperino: “We Did Drastic Changes for Positive Results” 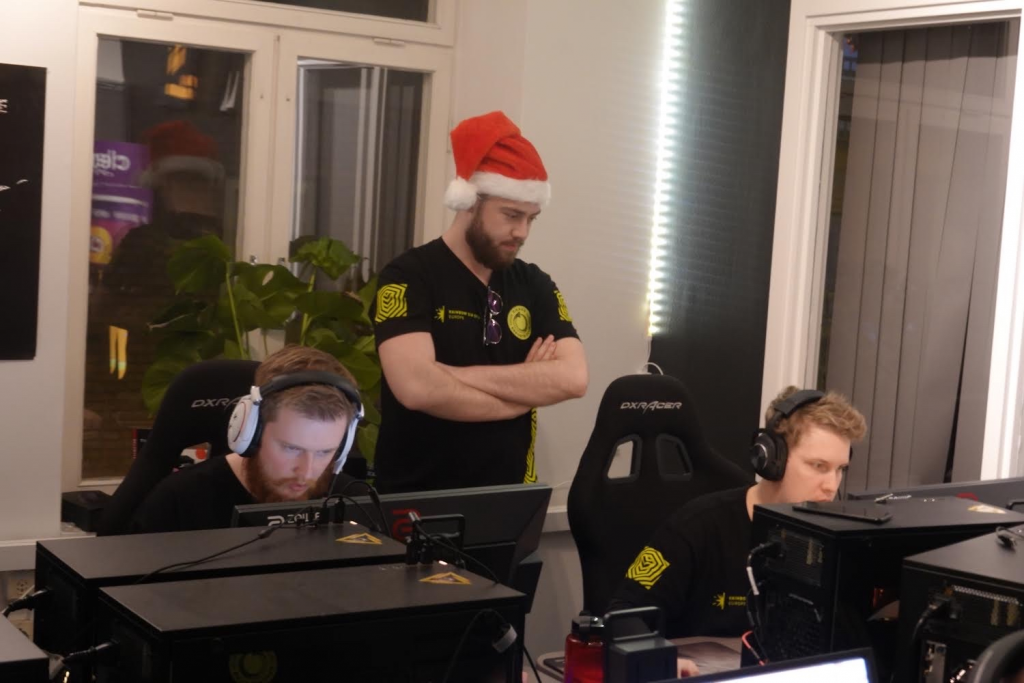 The new European League kicks off soon, bringing in the Summer Stage of their 2020 Season. 10 teams are all on their warpath to earn circuit points for the European Regional Final and to qualify for the Six Major at the end of the Stage.

One of these teams is Chaos Esports Club. Chaos knows they’ve had several inconsistent seasons recently, and they are looking to step up their game ahead of the new 2020 season. Galdim ‘Hyperino’ Dani sat down with Hotspawn to tell us what they have done to improve for the European Summer Stage and beyond.

Hotspawn: With Secretly and Syred off the team will we be saying goodbye to the Chaos style of Siege that we have grown accustomed to?

Hyperino: Yes for sure, I think our playstyle will change significantly. I can’t go into details regarding why but it will for sure change.

Hotspawn: What was it specifically about the old Chaos style that has you needing to change things up?

Hyperino: It’s not all down to the style of play so to say, it’s much more of the structure we had, where people felt like they didn’t have enough freedom to play accordingly and change things up. You might say it was a bit too strict. Don’t get me wrong, strict playstyles are not necessarily bad, it just has to be a good balance between strict plans and freedom.

Hotspawn: Replacing Secretly and Syred is Cryn and Fresh. What will these two individuals bring to Chaos that we have not seen before?

Hyperino: Cryn is an amazing fragger that is very skilled when put in the correct role and has a smart eye for the game. Fresh is an amazing analyst that is helping me with data collection internally, externally, as well as scouting opponents. I think these additions will help us a lot.

Hotspawn: Throughout ESL Pro League Season 11, Chaos has relied on Renuilz and SHA77E as the team’s fraggers. Where does the recent addition of Cryn fit into this piece?

Hyperino: Cryn fits well right into the ‘’fragger role’’, while Renuilz and SHA77E have so much experience that you can literally put them in any role and they will excel without any issues. Renuilz is like a second fragger, SHA77E will be more of a support/flex, which he has shown he is good at.

Hyperino: Vito is extremely good at adapting, and sure, Buck is losing his nades, but that doesn’t stop Vito from playing well on whatever the team needs. He is a very good flex player and will be comfortable on any operator we throw at him.

Hotspawn: Redgroove is the new IGL for the team. How is the new in-game leadership performing for the roster?

Hyperino: Redgroove has past experience from IGLing, Room Factory is one example. He has worked hard to ‘’wake up’’ his old role so to speak, and I have no doubt that he will lead the players without any problems. Secretly’s IGLing was extremely good and strict as he had done it for very long, but grooves style is more creative and caters more towards a more adapting style.

We are not happy with being an inconsistent team.

Hotspawn: The EU Open Charity Tournament is the first taste we’ve had of the team since the changes. How much and what have you learned from this exhibition before the European League kicks off?

Hyperino: To be honest, we played the charity cup as a charity cup, not showing too much, trying to have fun and not take it too seriously since we have our goals set and that was more of a fun tournament for a great cause. With that being said we have still learned some important stuff which I’ll keep for myself.

Hotspawn: What are your ambitions as a roster for the Summer Split?

Hyperino: Definitely qualify for the year’s first Major and improve more and more. We are not happy with being an inconsistent team in the past. We always strive for the top, so that’s where our heads are set for now. We did drastic changes for hopefully drastic positive results.

Hotspawn: With all these changes coming to the Chaos roster, is this finally the time we see you escape the bottom half of the league at the end of the season?

Hyperino: That’s the goal, and I’m pretty confident in my players that we’ll reach it. They have worked extremely hard, and we always push each other to be better. I can easily say that this offseason we have worked harder than we did during the last PL season. That should tell you enough that we are working on all cylinders. Then only time will tell what results will come out from that because it’s not all about working hard; it’s also about working smart.

Hotspawn: The National Leagues have greater importance in the scene than they ever did before. Will this encourage Nordic teams to improve?

Hyperino: Most definitely. They get experience against higher tier teams. They have no other choice than to learn from mistakes and improve due to the nationals leading to a CL spot. And there is already promising talent in the Nordics right now. All they need is time, and I have no doubt that there will be much more competition for next Nordics season.

Hotspawn: You and GiFu are the only teams with experience in the Nordic League. What can newer teams and talents learn from playing you?

Hyperino: Learn how to adapt and how to completely change game plan mid game if needed to. Right now the team’s in the Nordic lack a lot of adaptation. With time they will learn to be harder to read and switch things up to throw off the opponents. Also to keep their cool and play round for round and not be demoralized by being a few rounds under. A lot of teams are also neglecting how important teamwork is. It’s not about getting the kills on the board but rather to play for each other instead of with each other, which is a very underestimated mindset.

With these changes, Chaos seems ready to prove to the world that they can compete with the top teams in Europe. You can watch them compete in the European League Season One Summer Stage on June 22nd.