Hyper is in, Jarvis is out for DarkZero’s Rainbow Six Siege Roster 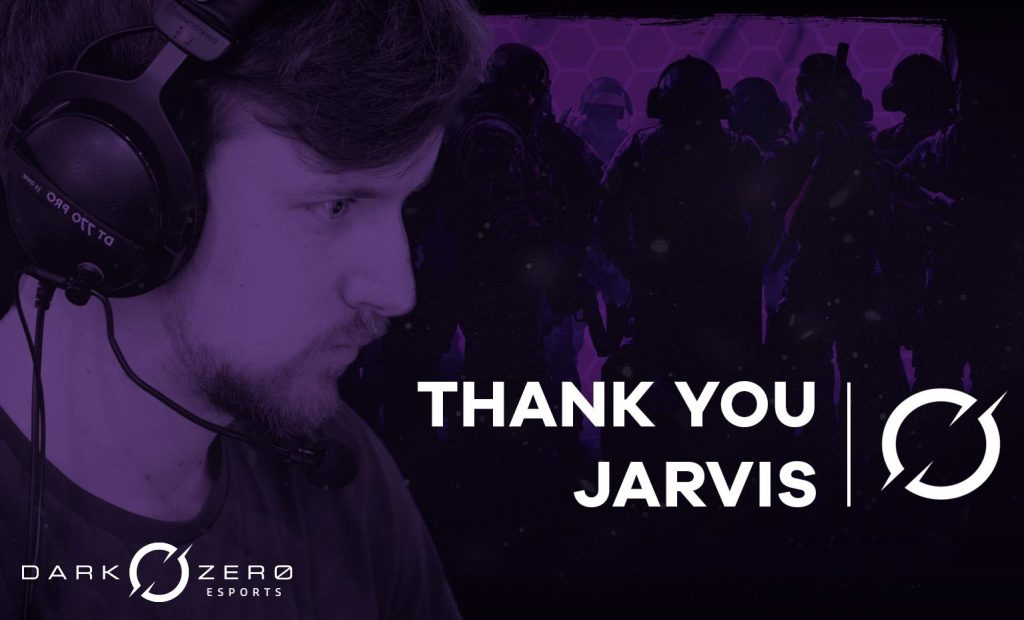 DarkZero has swapped Jarvis for Hyper in their Rainbow Six Siege Roster. (Image courtesy of DarkZero)

Jarvis is a legend of the Rainbow Six North American scene. He has been competing since the first year of Pro League. Jarvis joined the core of the DarkZero roster on FlipSid3 Tactics in October 2017. He competed with the team right through SK Gaming’s acquisition of the roster in February 2018 and then DarkZero in November 2018.

Under the DarkZero banner, Jarvis found growth in the line-up. With consistent third-place finishes in the Pro League ladder in 2018, Milan was the squad’s break. The team attended Milan and gave a good showing against Team Empire, who then went on to eliminate their NA counterpart Evil Geniuses in the final.

Despite the strong but unsuccessful showing against Europe’s number one team, DarkZero looks to improve their chances and hopes of becoming a world contender. Jarvis had the weakest performance amongst his teammates at Milan, almost matching Matthew “HotanCold” Stevens’ record despite Hotancold being the resident bomb planter. Despite a weak showing internationally, Jarvis is one of the most battle-hardened players in NA and should find a new home.

With Rise Nation’s recent relegation to the NA Challenger League, Hyper had the talent to remain in the NA Pro League.  During Season 9, Hyper scored a +46 K/D difference, the best in the entire league despite Rise Nation sitting dead last throughout Season 9.

Welcome @HyperR6S to DarkZero! Paul proved himself in Season 9 to be one of the world's top fraggers and a valuable asset to any team. Look out for the debut performance of the new roster at the @AlliedEsports Minor in Las Vegas on June 7th!#GoingDark pic.twitter.com/3TLaLH2QZl

DarkZero acquiring Hyper is a telling sign that they intend to go for not only top two in the NA region, but they are homing in on Evil Geniuses’ number one spot. With Hyper joining the team, DarkZero is the most exciting NA team to watch heading into Season 10.

This not just relates to Hyper’s carry potential, it also includes the question of how DarkZero will reform their team structure. Everyone on the team has their opportunities to shine in the flex role, but Kyle “Mint” Lander is the most consistent player on the team for Season 9. Hyper will most likely main the fragging role with the team. Which members of the team with flex, play support or frag alongside them is unknown as most players can play flex.

The Allied Esports Minor event in Las Vegas coming June 7 will be the first glimpse we see of this new DarkZero roster. The event winner will guarantee their spot in the Raleigh Six Major. If DarkZero with Hyper goes far in Las Vegas then everyone in NA should be prepared for Season 10.