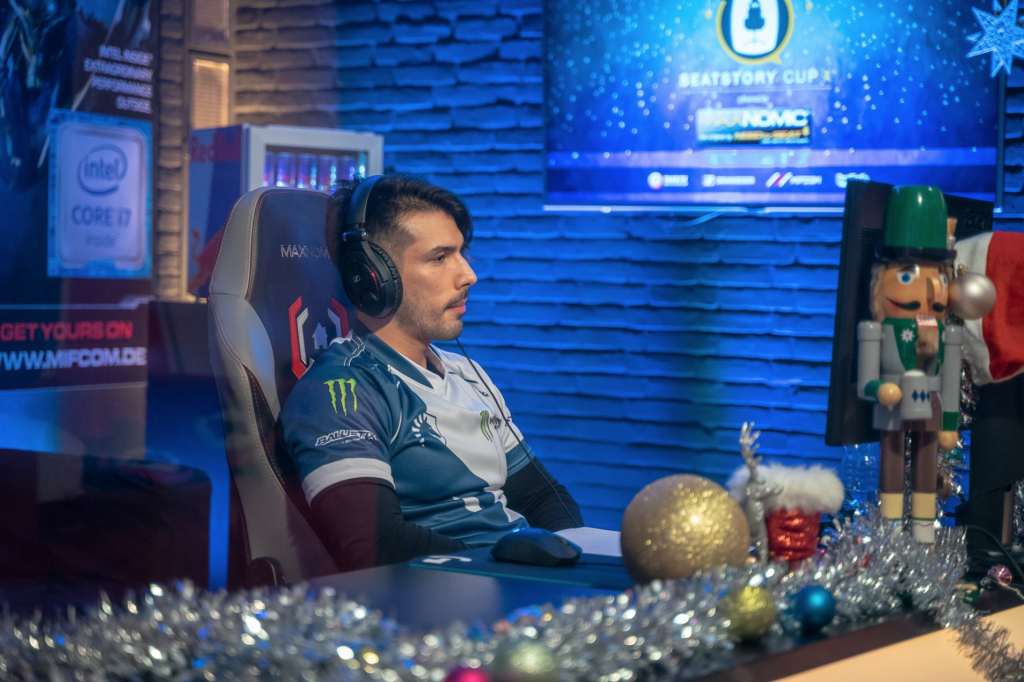 Sixteen players competed in SeatStory. Ten were direct invites and six earned their invites through qualifiers in the weeks leading up to the tournament. The players were divided into two Swiss Groups, with players advancing to the playoffs once they’d won two rounds. Players who lost two rounds were eliminated.

Hyped, representing Team Liquid, won all his matches up to the Grand Finals 2-0. There, he met Mark “Petrify” Fittipaldi of compLexity Gaming in the final series of the playoffs. Hyped fielded a powerful mono-blue deck in the playoffs, while Petrify piloted one of the few red-black decks at SeatStory. Petrify adopted a fast-paced playstyle, trying to run down the clock on his opponents.

One of the more memorable wins came in the third round when Petrify used a Chain Frost on his own units in the second lane to get initiative going into the third. This allowed him, allowing him to Coup de Grace Hyped’s Ogre Magi in the last lane, opening up the lane for lethal damage.

However, Hyped came back to win the last two games in the series. Prey on the Weak, Ogre Magi’s multicast and Glyph of Confusion were the MVPs for him in game four. In game five, though Hyped’s clock was run down to only 0:02 in Round Eight, he was able to pull out the win two rounds later with a Bolt of Damocles. This is Hyped’s second big Artifact tournament win in 2018.

LADIES AND GENTLEMEN WE HAVE A WINNER!!! @Hyped_AF won the SeatStory Cup X powered by MAXNOMIC ® in a thrilling GRAND FINAL #SSCX was a blast and we want to thank all of you for a nice event ❤️ pic.twitter.com/SZ2WLkwqIg

SeatStory uses a casual, couch-casting style to engage fans. Players joined the casters on the couch to analyze matches during their downtime. Each day began with players spinning a wheel to receive a wrapped gift or a lump of coal, and the set was decorated for the holidays.

There was a show match on the final day, providing a break between the Semi-Finals and the Grand Finals. Two teams participated in “enemy draft,” drafting terrible cards for each other and then seeing who could pilot their awful deck to victory.

SeatStory was a bit of a victim of the “Build Your Legend” patch which was released in the early morning local time on day two of the tournament. Group B players were given the opportunity to submit new decks in light of card buffs and nerfs, but this meant running decks that they hadn’t practiced.