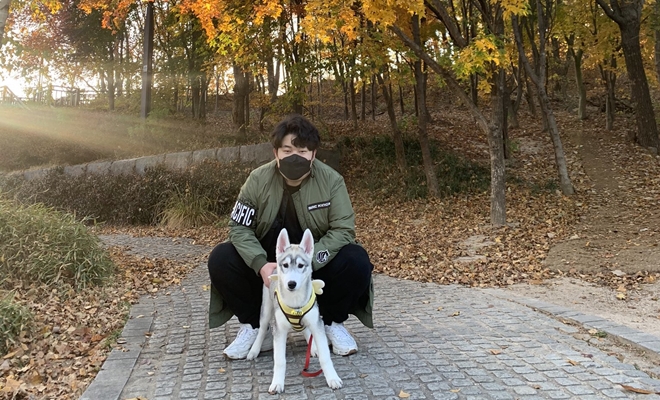 After failing to make Worlds in 2020, Huni is looking for an opportunity to reclaim his stats as one of NA’s best top laners. (Photo courtesy Riot Games)

Heo “Huni” Seung-hoon’s top lane career has been an interesting one to watch throughout the years. He’s achieved success while playing in both Europe and South Korea, both domestically and internationally, but has yet to reach similar heights in North America despite having some good individual performances.

Now that he’s playing for TSM in the 2021 season after a lackluster year with Dignitas and Evil Geniuses, critics are waiting for him to prove that his volatile playstyle won’t get the best of him. We spoke with Huni about how he’s been adjusting to his new team and what motivates him to push past harsh criticism.

With a name known across the world, he needs no introduction.

Hotspawn: Welcome Huni! How was your offseason?

Huni: It was a bit crazy. I didn’t know what was going on on my side. I was moving teams probably like more than five times back and forth.

Hotspawn: True! And a lot of people that’ve watched you since you came to NA probably wouldn’t have expected you to land at TSM after all that. How’d you get that opportunity?

Huni: Well first, I think TSM reached out to EG and [told them] that they’d really like to play with me. Then joining TSM was the [next] step for me if I was considering going or not. Now [I’m here] and they’ve got a sick office, nice facilities, and scrims are going well. This roster is way better than any other, so for me it was an easy choice.

Hotspawn: I take it you’re enjoying it so far then [laughs].

Huni: Absolutely. We’ve been playing ping pong, and we even had a small party with just us at the end of the year, since we’re in a bubble, and played board games. It was pretty fun. That’s the nerd life, right? Just playing video games and getting along with each other.

Hotspawn: Is there a teammate you’ve been getting particularly close to?

Huni: Yeah! Since I was on Echo Fox, I [already] knew Lawrence “Lost” Hui and Mingyi “Spica” Lu. Tristan “PowerOfEvil” Schrage is a really chill guy, so it’s not hard to get along with him. And Shuo-Chieh “SwordArt” Hu, too. Everyone has a really good mindset, attitude, and personality. They’re all good-natured and easy to be friends with, and with my personality type, I consider my teammates to be my friends.

Hotspawn: Switching gears then, you’ve worked with Kim “kkOma” in the past and now you’re working with Søren “Bjergsen” Bjerg. How would you compare their coaching styles?

Huni: Well, kkOma was the best coach by far when I joined SKT in 2017. He’s won three World Championships and a bunch of LCK trophies too. As a coach, Bjergsen is still a rookie so it’s unfair to compare. I think Bjergsen’s working on how he can get better as a coach, and for me it’s really comfortable because I’m always saying that if you’re a professional gamer and become a coach that’s a million times better than someone who doesn’t actually play the game. So from there, I think as a coach he hasn’t done anything yet and for now, we’ll have to see. Of course, our goal is going to be winning LCS, going to Worlds, and doing our best.

Hotspawn:  Since he’s been learning along with you guys, what has it been like working with him? Do you think his unique experiences have influenced the techniques he’s tried with you all?

Huni: Not really. I’m mostly satisfied that he’s a coach who’s actually experienced being a professional. I’m pretty sure he’s gonna be a really good coach. Probably one of the best coaches in the LCS in history.

Proving [critics] wrong is probably one of my motivations

Hotspawn: Well talking about yourself now, you addressed fan criticism in your announcement video with TSM and spoke about having a lot to prove. How has the criticism you’ve gotten over the years affected you as a player over time?

Huni: I think from 2015-2017 the criticism affected me a lot when I played the game. Now it doesn’t affect me as much as before, because even if people are saying bad things about me, teams are still calling me saying they want to play with me. That means I’m still a valuable player, and that makes me feel way better than focusing on all the criticism. The only thing I can do is just prove myself that I can play better than any other year and try to be my best. For now, I don’t really care what they say. Of course, seeing support is good, but I don’t honestly care about the criticism. Proving them wrong is probably one of my motivations. 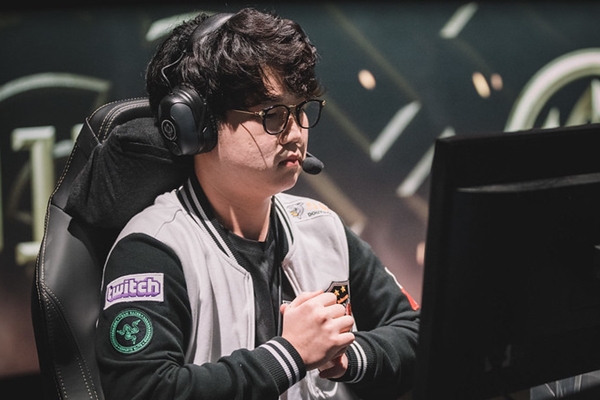 Hotspawn: You’ve had a lot of highs and lows in your career too, between playing in World finals and struggling to win NA. What’s been keeping you going and pushing you to keep a good mindset?

Huni: I think my personality is really adventurous. You can see it in how many teams I’ve played for – I think it’s been maybe eight or nine [laughs]? I’m a person who challenges himself and wants to be the best. I haven’t really won the LCS a single time, and that feels really shameful since I already won EU LCS two times in a row, LCK, and been to Worlds finals. It’s just kind of embarrassing that it’s been like impossible for me to win LCS. I think I’ll end up retiring if I’m bad, but I don’t believe that I’ve been playing bad. There’s so many players that are playing worse than me, so that’s why I’m playing, too. I’m sure at one point I’m gonna get scuffed [laughs].

Whether you’re really good or really bad, the most important thing is how much we improve

Hotspawn: [Laughs] Yeah, and when do you think that’ll be?

Huni: I don’t know. I’ll have to retire then [laughs].

Hotspawn: I want to ask you about two players that people seem to have their eyes on. What are your thoughts on playing with Spica as a jungler and his potential?

Huni: When I played with Ming on Echo Fox before, I thought he was playing well. He also grew up a lot and the people around him have probably helped him get way better, too. Right now, it’s easy to work with him. For me, that’s all that matters. I don’t really see any weaknesses in him. I care more about how easy we can work together; that’s the most important thing, honestly. Whether you’re really good or really bad, the most important thing is how much we improve. I’ve been satisfied with him so far.

Six-time regional champion. 2020 Worlds finalist. We’ve faced him on the rift before, but now it’s time for him to lead us to victory.

Hotspawn: And what about SwordArt? I think a lot of people expected him to come over and fill more of a playmaking and shotcalling role on the team. What’s your impression of him so far?

Huni: I think this is probably the first time I’ve ever played with a world class support in NA. It’s made the games more fun and enjoyable for me. Everything’s easy working with him.

Hotspawn: Last question then. The Lock In draft was revealed and you have Team Liquid in your group. What are your thoughts on playing against Barney “Alphari” Morris again?

Huni: For me, I don’t really feel anything special since I’ve played against him before in 2017 versus Misfits. It was three years ago, but didn’t really leave an impact; he was kind of losing versus me. Mentally, I have the advantage since I won before. I’m assuming he’s probably improved a lot as a player since then, but it’s just how it is.

Hotspawn: Do you have anything to say to your new fans at TSM and your old fans that have been following you before we go?

Huni: I appreciate it. Already, I’ve seen a lot of support about my play and it’s helped me to play better and feel better. Keep doing it, and I’ll be playing better; thanks for supporting me.