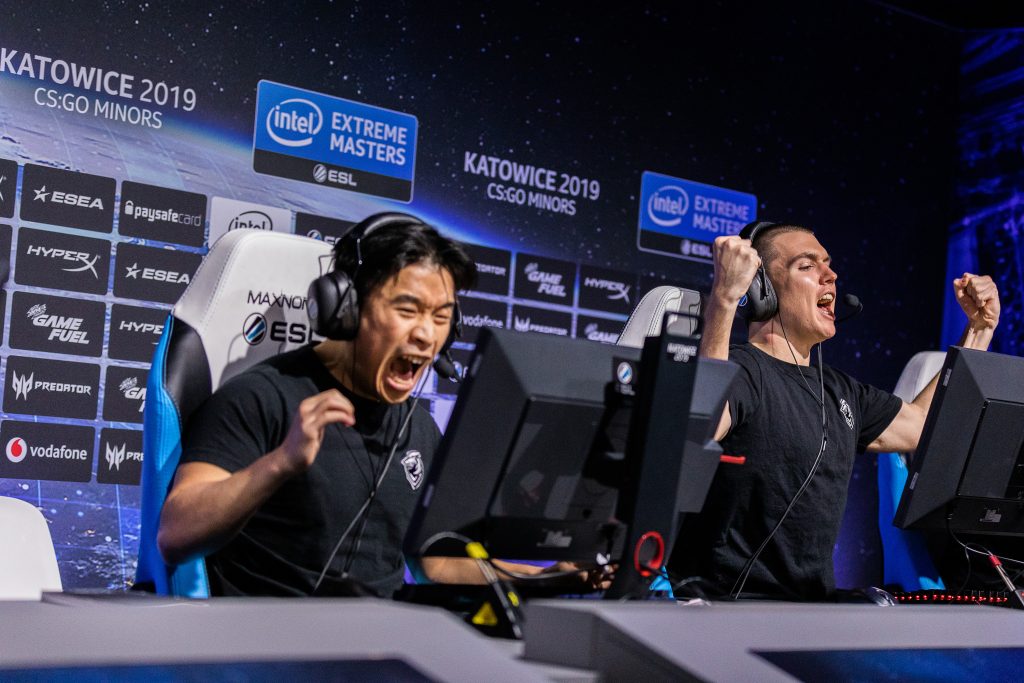 With the teams set and the reality of the Major approaching, let’s catch up on which of the Minor contenders you should keep an eye on. (Photo courtesy of Adam Lakomy | ESL)

The rounding out of the Minors’ 3rd Place Play-In has officially locked in the 16 teams set to play in the IEM Katowice 2019 Major Challengers Stage. Katowice, Poland is the destination of the first Major of 2019 and the 14th Valve-sponsored tournament in the Major Championship series scheduled to kick off in just under three weeks on February 13. With the teams set and the reality of the Major approaching, let’s catch up on what’s happening around the attraction and which of the Minor contenders you should keep an eye on.

The Americas Minor would see NRG and FURIA Esports advance to play in Katowice over other talented squads such as a new variation of Team Envy with Finn “karrigan” Andersen and eUnited.

NRG was a fairly safe bet when it came to the Americas Minor. Last year was groundbreaking for the North American organization, qualifying for a number of LAN tournaments and winning several of them including IEM Shanghai and cs_summit 3.

The success of NRG is one that has snowballed over time, continuously building upon their momentum has whipped them into a pretty intimidating shape. The North American side led by Damian “daps” Steele remained unscathed on their tear through the Americas Minor, slotting the first place finish without dropping a single map.

NRG is a team capable of dealing a lot of damage within this Challengers Stage pool; not only has the team demonstrated they can compete alongside this caliber of talent – they’ve shown us they can win. NRG justifiably has some high expectations in the first leg of the Katowice Major, seeing them not advance to the Legends Stage would feel like a massive missed opportunity barring the effort this team has poured into improving themselves.

The Europe Minor was a shocker across the boards. Heavy favorites such as the likes of North, Mousesports and OpTic Gaming were all shown premature exits in the group stage; instead, the faltering of these frontrunners shined an illuminating light on a capable and hungry few.

The Finnish esports organization that is ENCE decisively took the first seed in the Europe Minor and, the result should not come as much of a surprise. ENCE’s last season was one of their best, finding a cohesive rhythm within their roster that has produced a reel of fundamental Counter-Strike gameplay in the server.

Back in October, ENCE showed a glimpse of their potential at StarSeries & i-League CS:GO Season 6, making an unthinkable run through the bracket and surfacing as the title finisher. During this event and periodically after, it became more clear that the level of synchrony within this squad was an instrument in their success. Infiltrations and retakes were clear displays of harmony within the team and a force to be reckoned with.

Expectations are that ENCE will surface among the 16 competitors in the Challengers Stage based on the level of skill they’ve shown the last several months. What happens in the Legends Stage if they advance? Well, that’s up to them to decide.

You’ve probably heard the name AVANGAR mentioned at least a few times over the 2018 season. Hailing from Kazakhstan in Central Asia, this team has been able to produce a few decent results here and there and has now found themselves advancing to the Challengers Stage in Katowice.

The story of the CIS Minor was one centered around AVANGAR as they secured map after map against their opposition. A 100% win rate in five showings on Dust ll highlights the strength in their map pool; however, it’s going to take a lot more if AVANGAR wants to make a deep run in Katowice. The level of competition for them in this next chapter is going to be undeniably more difficult. Placing in the Top 8 in the Challengers Stage sounds like somewhat of a pipedream, but after getting their feet wet with some decent competition in the Minor, it might just be a possibility for them.

In the group stage, it looked like South Korean brigade, MVP PK, would be ones progressing to the Katowice Major weighing in some unrelenting victories. The beginning of the end would soon come for them though in the playoff bracket squaring up against who would be the 2nd place finisher, Grayhound.

This Australian squad has been around the block, qualifying and playing in some notable LAN tournaments that have at the least exposed them to premiere CS talent. Though a deficit in title finishes has had them predominantly flying beneath most radars, Grayhound displayed quite a bit of promise in the Asia Minor.

All of Grayhound’s wins in the Minor were hard-fought and well-deserved; with that, the map pool in which they demonstrated they could win on was fairly deep. In all seriousness though, it’s going to take a herculean effort for Grayhound to advance in this next stage barring the enhanced level of competition ahead of them. There seem to be areas where this Australian side could be forecasted to win, but for the majority, 9-16th place finish sounds a bit more realistic.

Renegades has housed some notable names throughout the organization’s career – the likes of Team Liquid’s Keith “NAF” Markovic being just one of those. Today’s Renegades roster is a nearly full-Australian lineup boasting a fair bit of talent behind it.  Sean ‘Gratisfaction’ Kaiwai was a consistently deciding factor throughout the Minor and we can only assume the same level of tenacity will be brought in Katowice now that they’ve qualified.

Much of Renegades prosperity in the Asia Minor was onset by stringing rounds together consecutively and building upon economy; breaking down setups and hard punishes helped propel them through the finish line, though. As for the Major, well, it surely won’t be an easy ride to the Legends Stage – though, traces of prowess from this team at the Minor gives us a bit of hope for them.

All in all, the Katowice Minors have been a great prelude to the Major in mid-February. The sheer hunger demonstrated by these teams has translated well through the screen and is likely to foreshadow what we can expect in Katowice.