How VALORANT Esports Has Stacked Up So Far 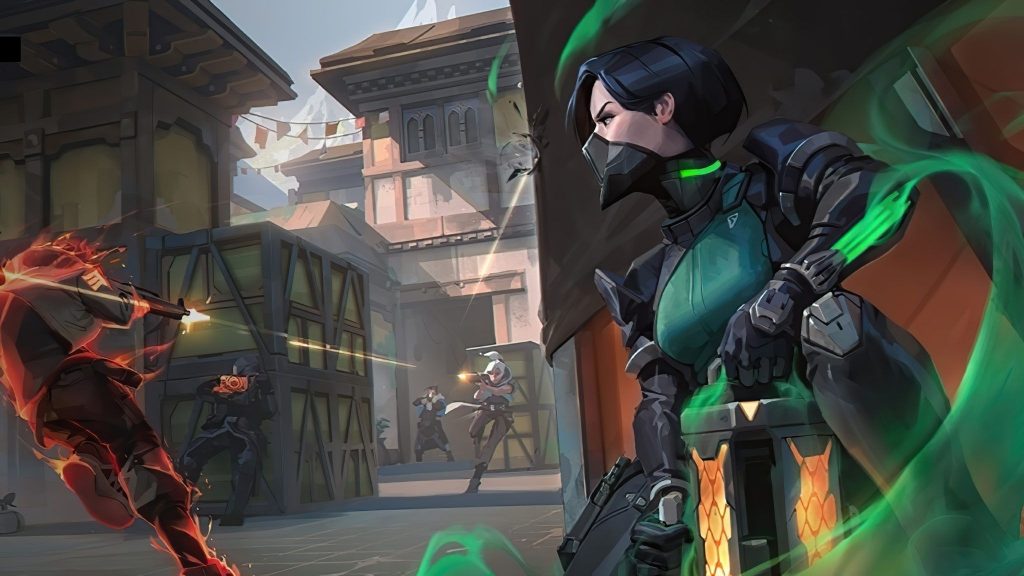 We're getting a sneak peek into how VALORANT competition will look in the future. (Photo courtesy Riot)

VALORANT has shaken up the esports world since its announcement earlier this year. Several professional players from other games have made the switch to the new title in hopes of finding more success in a brand new game. Almost every major esports organization has already established a VALORANT professional roster, and the competition in the professional league will clearly be fierce and intense.

Despite all of these preparations by players and organizations, Riot Games has not released an official plan for the VALORANT esports scene. It has, instead, confirmed a vision for an “esports ecosystem” and that it plans to build an authentic, global esports scene.

Riot recently took its first step into the competitive world with the VALORANT Ignition Series, a series of tournaments created in partnership with players and organizations. While this is a solid first step, there are still a lot of unanswered questions.

Here is a breakdown of everything we know about the VALORANT esports scene so far, and how Riot Games plans on growing the community going forward.

While Riot have not revealed an official plan for the esports scene, they have explained the core principles it will be built upon.

Senior Director of Global Esports Whalen “Magus” Rozelle provided insight in a blog post about Riot’s plan for the VALORANT esports scene, making it clear they intend to build a global competitive scene, but they don’t want to rush it. He also established the three core principles guiding the creation of the scene: Competitive integrity, Accessibility, and Authenticity.

Rozelle also explained that it is vital for the VALORANT scene to be accessible to players from all backgrounds. They will do their best to cater to existing fans while also maintaining a welcoming environment for new players or fans. The scene will also be authentic and will grow alongside the community, developing its own culture in the process.

Making sure the VALORANT esports scene is authentic means allowing it to grow naturally, however. Rozelle further explained that they will not force anything on the community and that their first priority is building relationships: “A primary focus early on will be forming partnerships with players, content creators, tournament organizers, and developers– unlocking them to help us build this ecosystem.”

Riot Games have provided VALORANT Community Competition Guidelines that help potential organizers understand how third-party tournaments should be handled, which also creates opportunities for amateur players to establish themselves in the scene. Developers can also use the Riot Developer Portal to collaborate on new tools or share features such as the in-game API.

These tools provide the community access in helping shape and form the VALORANT esports scene, which should maintain the authenticity Riot is striving for.

The VALORANT Ignition Series is the first series of tournaments created in partnership with various organizations around the world. Almost every tournament features a unique format that allows players and organizations to figure out what works best. Some tournaments are only open to invited teams, while others have open qualifiers that provide opportunities for amateur players. Riot has supported the organizations hosting the various tournaments and will continue to provide guidance in the remaining events.

The first tournament in the VALORANT Ignition series was the G2 x Ignition invitational, which featured eight teams led by a captain. The captains did not find out who would be on their team until the day before the tournament, however, which added a sense of mystery and excitement to the event.

The majority of participants in the event were former Counter-Strike players that have made the jump to VALORANT. Oscar “Mixwell” Canellas was signed to the G2 ESports team earlier this year and helped lead his squad to victory. Other notable participants in the tournament included Draken, Crea, and L1ink, who are all signed to professional VALORANT teams for various organizations.

The RAGE x Ignition tournament was the second in the Ignition Series and featured 16 of the best Japanese teams in the world. The teams fought for the winner-take-all prize of 500,000 Yen, and team Absolute Jupiter walked away with the victory.

North African teams were able to show off their skills in the Empire Play x Ignition Invitational and showed the world some of the talent coming out of the region. Eight teams faced off in a single-elimination format, and Divine Vendetta secured the first-place prize of $1,000.

The T1 x Nerd Street Gamers VALORANT Showdown was the first major VALORANT tournament in North America and gave a unique insight into the early competitive meta. It was also one of the first tournaments where every team mainly consisted of professional players rather than streaming personalities. Ninja did have his own team in the tournament, but they did not win a single match. TeamSoloMid won the grand prize of $25,000 and established itself as one of the best North American teams.

The last two Ignition events allowed players from Latin America and the Pacific region to show off their skills. The Cyber Games Arena VALORANT Pacific Open consisted of 16 teams from various pacific countries competing in the regional open. The winning teams will compete in the group stage in August, and the final eight teams will move on to the Grand finals.

FaZe Clan also hosted its own VALORANT Invitational as part of the Ignition Series on August 6th-9th. 16 of the best teams fought their part of a $50,000 prize pool in a double-elimination, best of three format. The first day of the tournament featured two groups of four teams competing, and the second day featured another round of group play. TSM defeated Sentinels in the grand finals in an intense 3-2 series.

Nerd Street Gamers, Spectator Gaming, and Riot Games teamed up to host the FTW Summer Showdown, the largest all-women VALORANT tournament. Riot joined the event after it was established and made it an official part of the Ignition Series and increased the prize pool from $10,000 to $50,000. MAJKL walked away with the $25,000 first-place prize, while GX3 and Hamboigas placed second and third respectively.

Amazing play by @teamMAJKL and every single team that made our first tournament a memorable one! You are all trailblazers in the industry and we are so honored to have you all be a part of FTW💜 Can't wait to see what you all do next, and can't wait to see what we do next👀 pic.twitter.com/vYEUzy1JEw

CS:GO tournament organizer BLAST also entered the VALORANT competitive scene with the VALORANT Twitch Invitational which featured four of the top European teams. G2 Esports, Ninjas In Pajamas, Team Liquid, and FunPlus Phoenix competed for a piece of the $59,000 prize pool in a double-elimination, best of three format. G2m Esports defeated FunPlus Phoenix in the grand finals and walked away with the $29,635 cash prize.

The Rise of Valour Ignition event gave the Oceanic region a chance to show off its best talent in a month-long series consisting of ten broadcasts and a prize pool of $100,000 AUD. Four teams will compete in the Finals on September 22-24 to earn a piece of the prize pool.

While the VALORANT esports scene is still in its early stages, these events provided a look into team compositions and strategies. The T1 x Nerd Street Gamers VALORANT Showdown showed how most teams still rely on Sage based compositions, but some are trading her in for a smoke-heavy strategy.

Team SoloMid focused on smokes to obscure their enemy’s vision, which worked out in their favor. Cloud9 tried a similar tactic but had much less success. There are still several tournaments in the Ignition Series, so it will be interesting to see if other teams follow in their footsteps.

Most North American teams did not include Viper in their strategies even though the character has received significant buffs. Cypher was a popular choice across all groups according to ESPN and was a core part of most team compositions. Cypher, Sage, Brimstone, and Breach seem to be go-to choices for a lot of teams, and the last spot is filled with a duelist the team prefers.

Team SoloMid focused on smokes to obscure their enemy’s vision, which worked out in their favor. Cloud9 tried a similar tactic but had much less success. TSM also won the FaZe Invitational which shows they are able to replicate the success with their team composition.

Sentinels is another dominant team who won PAX Arena and Pop Flash. While Sentinels and TSM have established themselves as two of the best North American teams, other teams are fighting for the third-place spot.

Cloud9 has continued to improve as it has added more talented players to its lineup. The team finished second and third in multiple tournaments and is close to dethroning one of the top two teams.

Dignitas eliminated TSM from the FaZe Clan Invitational which was the team’s first appearance with its new roster. This is a team to continue to watch as they will likely be a top contender once they find the final permanent player for the starting lineup.

Team Envy, Gen.G, and Immortals have also proven to be strong teams in the North American scene but still, trail behind the top two teams. However, it is still very early in the VALORANT competitive scene, and these teams have plenty of time and opportunity to become the best team in the region.

A clear cut meta takes time to form, but fans will likely see these core Agents as primary selections for players going forward.

The world is ready 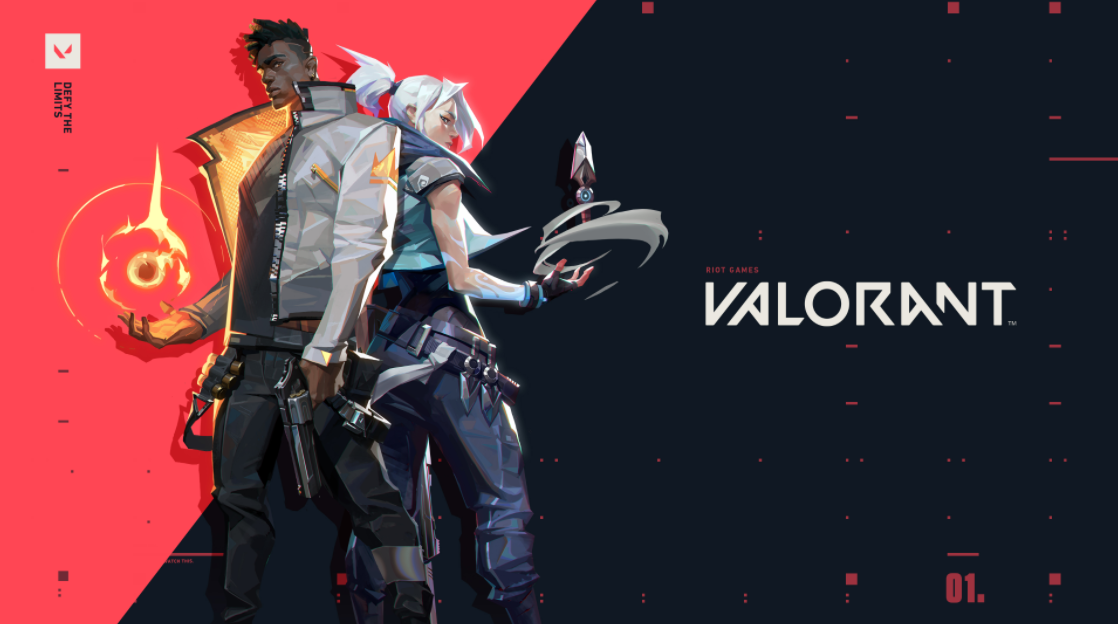 The VALORANT professional circuit might still be in its infancy stages, but almost every esports organization is ready for action. Several organizations such as 100 Thieves, Team Liquid, and Immortals have already revealed their VALORANT rosters. Most teams consist of professionals from other games such as Overwatch and CS:GO as VALORANT shares similar mechanics to these popular titles.

Some teams have signed less established players, however, who will have a chance to make a name for themselves in a brand new esports environment. More talented players will likely emerge as the VALORANT scene continues to grow, and a new wave of dominant players will be born. Riot Games has already established they plan to support VALORANT for several years, so any players with dreams of becoming a pro have ample opportunity.

A VALORANT professional circuit similar to other esports Leagues may not be established yet, but it is clear Riot Games has big plans for their latest title. The community is on its way to growing organically and figuring out what works best alongside the developers.

Professional players and fans are ready for the future of the game and to see how the professional scene evolves going forward.