How to Build an Overwatch Hero 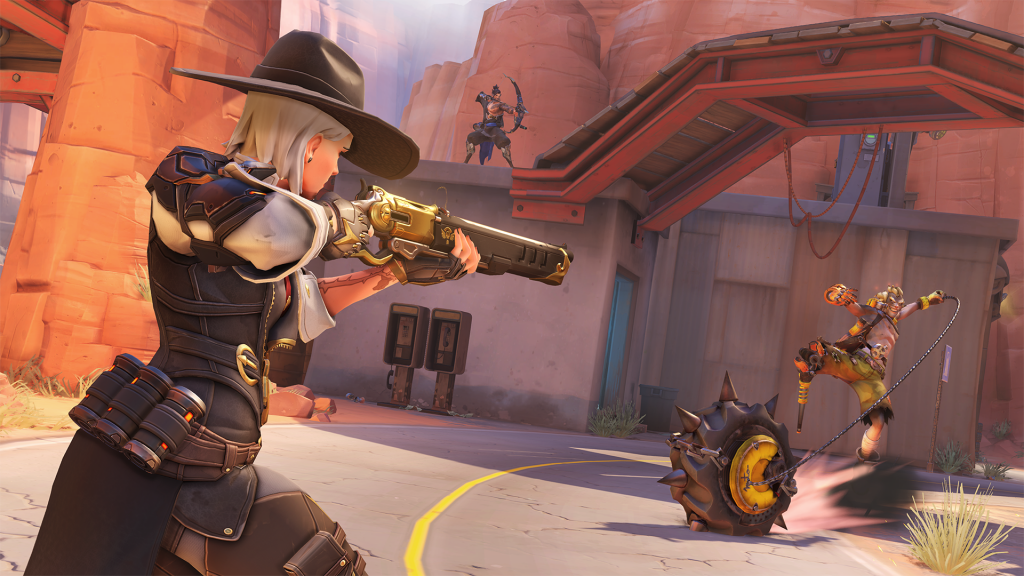 Blizzard gave us a sneak peek into the production process behind each and every Hero introduced to the Overwatch realm.

Yesterday, we were greeted with the introduction of Hero number 29 in Overwatch: Ashe! Alongside her Omnic butler, B.O.B., Ashe is here to restore order to the Southern outlaw scene and shoot her way through her opponents straight to the payload. With her trusty rifle Viper by her side and B.O.B. only a stone’s throw away to keep her safe, Ashe is a true Western threat through and through. But what does it take to create a Southern belle like Ashe or a cowboy as cocky as McCree? Blizzard gave us a sneak peek into the production process behind each and every Hero introduced to the Overwatch realm.

Production in a Nutshell

Producers within Blizzard are all about getting the game shipped. So what do they really do? In essence, they’re the heroes of team management. Their job is to wrangle staff and ensure everyone stays on the same page. During concept development, five Game Developers come together to take an initial idea and outline a concept and story. The core development team then takes over, comprised of 10-15 Game Developers, responsible for making the core Hero. They’re the refiners, the designers, the people who put the gears in motion.

Finally, full development is reached with over 40 Game Developers. They finalize the product, your Hero. They create skins, emotes, polish the product. The story development, though, lies with over 80 Blizzard Developers. They truly bring the story to life and develop everything Hero lore to make the player truly feel a connection with their character. Overall, over 150 people are involved in the massive undertaking that is a new Hero.

Prototyping Hero abilities is all about finding fun and weeding out bad ideas. Who wants to waste time on the flawed when you can focus on the fabulous? It starts with a “simple” concept: take a Hero, strip away abilities and weapons, and rebuild the character with new and unique abilities slowly. Blizzard uses a coding system called Statescript, which they define as a bit of a flowchart that allows them to utilize Boolean Switches, If-Whens, and Button States to create abilities and their triggers.

You’ve got abilities, a Hero prototype and a design– now it’s time for art assets! Using Wrecking Ball as an example, Blizzard broke down how their process flows.

The first thing they did was take in the sparknotes of the Hero: He’s a ball. He needs legs for mobility as well as transformation capabilities to switch between states. Initial designs are drawn up in “digital clay”, using keyframes to transition between forms. It’s a rough design, but the design team is able to take that rough design and create new iterations. With mechanical models especially, they noted, it’s important to focus on the crispness of motions to ensure that sockets imply mechanisms over your standard human-Omnic model. Iteration after iteration happens before animation. Wrecking Ball went through over five serious iterations before going to animation for rigging.

They create a character using a “puppet” model, rigging all joints and motion points to move the model. From 10 to 40,000 “dots” are placed around the model in the “Skinning” process to ensure that the skeleton of the Hero is intact and able to be posed realistically.

Now it’s time for the puppet strings: rigging. Rigging allows the devs to grab joints and parts of the skeleton to move the character model in order to animate the character. This is everything from the expressions on a character’s face to the way they bend at the waist or knees.

The character is rigged and ready to go– sort of. By importing the Hero to the engine, they can test animations and ensure motions are effective. But first, physics! Rigging is essential to making a character move, but it doesn’t necessarily define which joints and pieces of the Hero stay together when ragdoll physics kick in. Using physics joints, Blizzard is able to control how they will react in ragdoll form.

The goals of ideation and prototyping is to look at focus (creating alignment) and goals (understanding a character and their actions in gameplay).

Prototyping is step number one. Idle animations and first-person prototypes come first. What is a character’s main pose? What weaponry is in sight? Does it block the screen? These are the questions they have to answer in prototyping. The second tricky step is prototyping third person. Similar to the first-person development, it’s all about making a Hero feel unique from other Heroes’ silhouettes and designs.

Then, motion prototyping kicks in. Do they bounce? How does Hammond move– sideways, backwards, rolling about? Sometimes, 2D animations are the jumping pad for the 3D push animations. Whichever method the team uses, the end result is crystal clear: compelling gameplay animations that are concise and accurate to the Hero in question.

Weapons are the name of the game. Matching visuals to gameplay and having your locked player perspective satisfying are this team’s goal. Little effects like Lucio’s amp levels on his first-person weapon view make a character unique. Focusing on little details like clip sizes and animating the actual ammo on the weapon creates a unique feel for Heroes like McCree and Junkrat.

The initial Hero ideations allow the artists to do prototype 3D block-outs. Things scale differently from third-person to first-person. Pharah’s gun was the example Blizzard used, scaling the rockets and angles to make the size of the weapon look satisfying and accurate to where the character is holding it in both visualizations. Concept artists take the prototype block-outs to model the final weapon design that will be in-game. Ultimately, the first-person camera world trumps all for this team and finding a satisfying way to make you feel connected to your weaponry is step #1.

Abilities go through similar iterations. All steps are followed: Mock-ups and models, determining how visually intense it should be, how big an ability’s effects should be, and everything in between. Having five or more iterations of abilities and effects is not uncommon, but the end ability is worth the effort.

Running, jumping, shooting, taking damage, dealing damage– all sounds effects serve a purpose in Overwatch. Whether you’re grunting in pain or hearing High Noon go off on your flank, critical information is communicated through sound in-game. Additionally, the sound effects and voice clips of a Hero immerse the player further, emotionally and mentally connecting the player with their character of choice.

Pitch, pace, and tone all play major roles in every Hero, especially ones such as Bastion and Hammond who have very unique noises. By studying emotion and going through several iterations, just like the art and animation teams, sound brings Heroes to live through character and personality.

At the End of the Day

At the end of the day, a Hero is born. It takes a village to raise a Hero in Overwatch and, with over 150 Game Developers of multiple specialties taking part, your favorite characters come to life. Whether you’re enamored with Mei’s charming voice lines or mystified by Lucio’s wall walking, it all comes down to this incredible team of individuals. Through design concepts, models, rigging and more, Ashe has now joined the roster of Overwatch Heroes using the exact process defined during BlizzCon’s Overwatch: Building a Hero panel!