How The Washington Justice Redefined Their Season 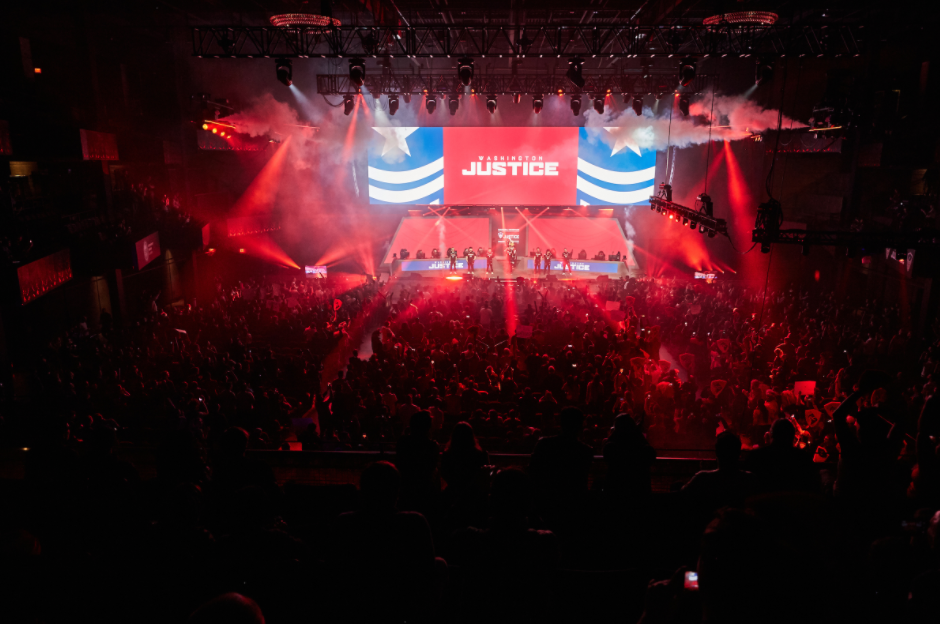 The Justice nearly pulled off the impossible with their incredible run in the playoffs. (Photo Courtesy Tonya McCahon for Blizzard Entertainment)

The Washington Justice defied all expectations during the OWL playoffs. From the bottom of the North American bracket, they fought all the way to the Loser’s Bracket Finals before dropping to the Philadelphia Fusion. Throughout the postseason, they manufactured upsets with their unique Roadhog-Zarya tankline, and it almost carried them to the Grand Finals Weekend.

Along the way, the Justice got some revenge for their new star player, pushed the defending champs to the brink in an instant classic of a match, and flipped the script on their entire season.

The loser’s bracket finals was last game of the North American bracket to decide which teams would represent the region at the Grand Finals Weekend next month. By all rights, the Washington Justice had no business being there. For most of the year, they were little more than a punching bag, an easy win for most of the league.  During a normal season, they wouldn’t have even made the playoffs after a 4-17 regular season record.

Obviously, this was far from a normal season. If it was, the Justice would have hosted five homestands instead of the two they got. Maybe Corey “Corey” Nigra and Ethan “Stratus Yankel don’t retire early in the season. Maybe Washington could have actually gotten Lukas “LullSiSH” Wiklund into the country to pair alongside longtime tank partner Elliot “ELLIVOTE” Vaneryd. Maybe they could have maintained their international roster instead of pivoting to an all-Korean lineup midseason. 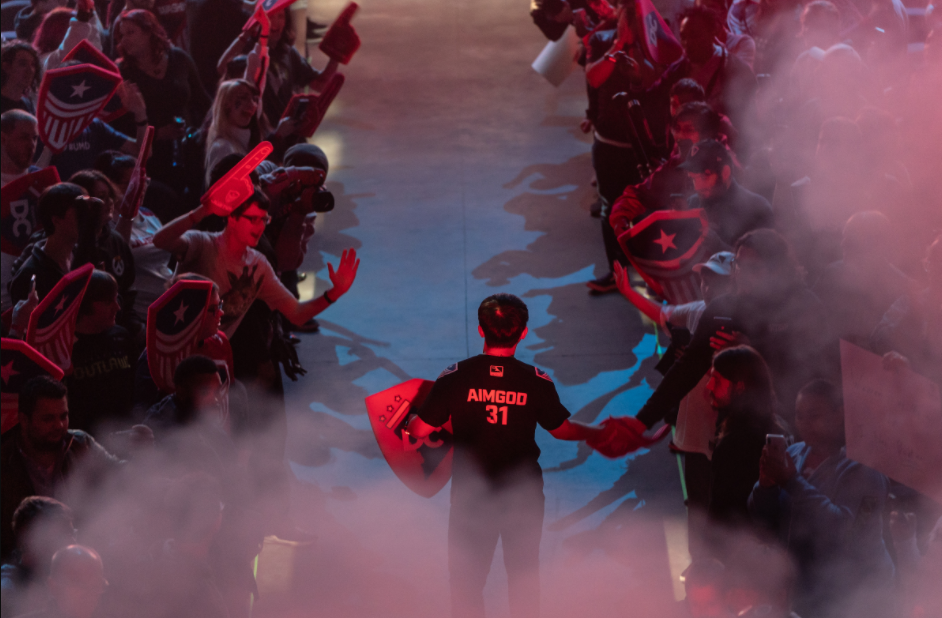 At this point, the “maybes” are meaningless. Yes, everyone was given a ticket to playoffs. Yes, Washington was lucky to have Decay fall in their lap. Yes, the meta changed dramatically on the eve of the postseason. It was only the Justice who came out and rose above expectations to make the most of it.

No one else was able to take advantage of a situation ripe for chaos. Whether they belonged there or not, Washington rose to the occasion and delivered. When asked about the perception that they hadn’t earned their place, Decay responded matter of factly, “It is quite a reasonable assessment, but we have proven ourselves with the outcome.”

Taking the Playoffs By Storm

During the playoffs, the Justice developed a style that was completely their own, one that maximized the skillsets of their roster and constantly put opponents on the back foot. It revolved around Decay, coming in to play Zarya in place of the inconsistent main tank, Chang-hoon “rOar” Gye. With JJANU on Roadhog, the Justice had an unconventional tank duo that took advantage of recent balance updates.

With shields nerfed and Roadhog’s damage buffed to unprecedented levels, the Washington tank line became one of the most effective in the league. Strangely enough, it was only the Justice who really leaned into the duo, despite both being strong picks in their own right. They played it in 94% of their teamfights and accounted for almost 70% of the total playoff fights where the duo was used. “Maybe because other teams are not as highly skilled as us with the Roadhog and Zarya tank duo,” posited JJANU.

It was more than just a wacky comp and Decay’s otherworldly Zarya that propelled Washington to new heights. They were also able to unlock talent that had struggled during the regular season.

For starters, they were able to lock their support line into comfort picks – Mercy for Yeonjun “ArK” Hong and Ana and Zen for Minseok “Aimgod” Kwon – after a difficult year trying to flex and accommodate rotating Hero Pools. Then, they found a role for Hoseong “Ttuba” Lee as the jack of all trades the Justice needed to make their style work. He played Sombra, Tracer, and Pharah to a stunning level we’ve rarely seen from the rookie this year and allowed the Justice just enough flexibility to make adjustments based on the map. 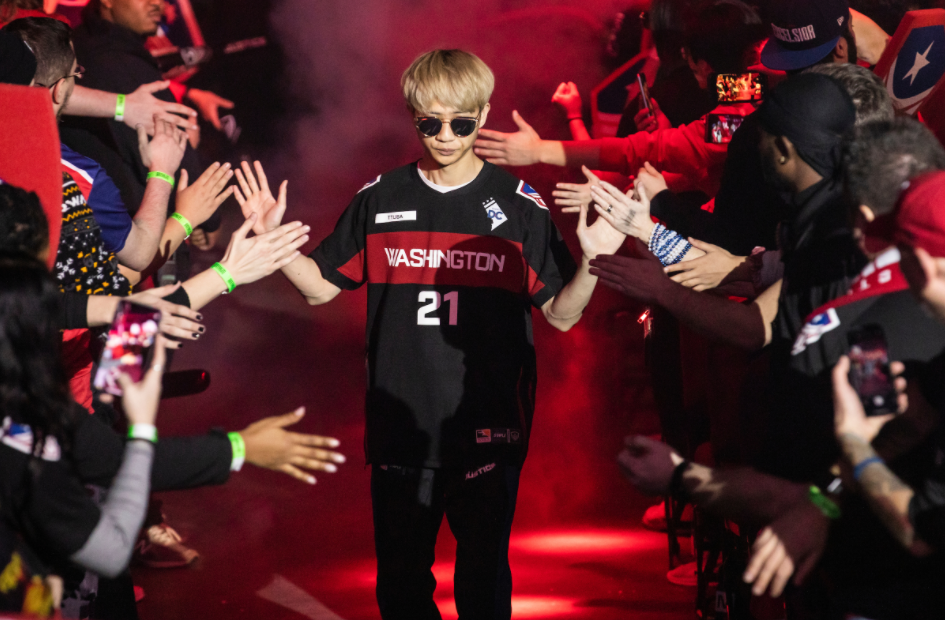 Perhaps the most dramatic and crucial improvement came from Stitch. After the debacle with Vancouver to start the season, he joined Washington alongside JJANU, but never really hit his stride. After spending most of the previous year on the Titans’ bench, his middling hitscan performances left little hope that he could recapture his pre-OWL form.

Then, he was suddenly back to being Runaway Stitch. After a season of being in the bottom five of Final Blows, Damage, and Deaths per 10 minutes on Ashe, Stitch became an elite performer in the postseason. With fewer shields keeping him in check and ArK providing fantastic support on Mercy, Stitch was able to excel in a DPS role that didn’t always require him to be the carry, though he was certainly capable at times.

Stitch explained his turnaround, “Playing aggressive while trusting ourselves became a plus. Also, I felt comfortable having our tankline in front of me.” He and the rest of the Justice played with an urgency that had been missing all year, controlling the pace of their matches and forcing opponents to adjust to their style. “We did our best like we had our retreat cut off,” Stitch added.

Throughout their playoff run, only two teams were really able to push the Justice and find answers to their unique style. First was the San Francisco Shock, the OWL’s monolithic defending champs. In the Quarterfinals of the Winner’s Bracket, the Shock made a choice that seems utterly foolish given the power of hindsight. They selected the Justice as their opponent when both the Valiant and Reign were still on the table.

To that point, Washington had dismantled both Vancouver and Dallas with ease. On the matchup with his former team, Decay answers cooly, “There wasn’t any pressure, and I expected an easy win.” They got exactly that through the first two rounds, so it was a surprise to see the Shock elect to take on such an unpredictable matchup. 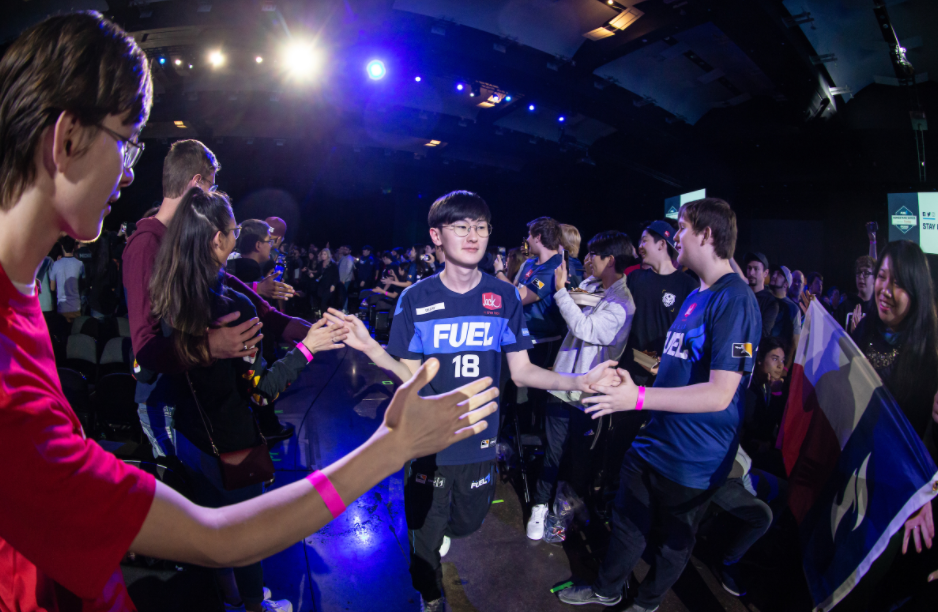 San Francisco bet that they could be the ones to solve the Washington problem. Through two maps, it was starting to look like they had just gambled away their shot at North America’s top seed. Washington picked up right where they left off against the Fuel, jumping out to a 2-0 lead at the half and shoving the Shock up against the ropes.

Eventually, San Francisco found the answers they were looking for, using some mid-match adjustments to pull off the reverse sweep. Their flexibility allowed them to match the Justice comp at times while also being able to fall back on dive comps as their go-to look.

The Justice emerged from that series with their eyes set on a lower bracket run. “I had never expected a reverse sweep so there was a hard feeling but then thought we would beat every team except for the Shock,” said Decay. That confidence held true right up until the end as the Justice went on to knock out the Eternal, Valiant, and Mayhem on the way to the Loser’s Bracket Final.

There they ran up against the Philadelphia Fusion, who were the first team to truly solve the Justice. Their double-sniper comps featuring a Sigma/Roadhog tank line completely threw Washington for a loop to the point that the Justice were forced to alter their approach for the first time all postseason, desperately putting Decay on Roadhog so they could match Philadelphia.

“The Fusion prepared a right counter to our composition,” explained Stitch. “We were flustered as their composition wasn’t expected.” An unceremonious 3-0 sweep ended the Washington miracle run and returned some semblance of order to the OWL ecosystem.

The Justice gave us everything the OWL should strive for. They forged their own path, creating a wholly unique identity that gave them a chance against more talented opponents. They delivered epic matches and unpredictable upsets. They pushed contenders to new heights, forcing adaptation and growth. In the end, this feels like the best possible outcome. North America sends its two best teams to the Grand Finals, and we still got to enjoy the spectacle of Washington’s unlikely dark horse magic.