How Lillia Will (or Won’t) Fit into the League Meta 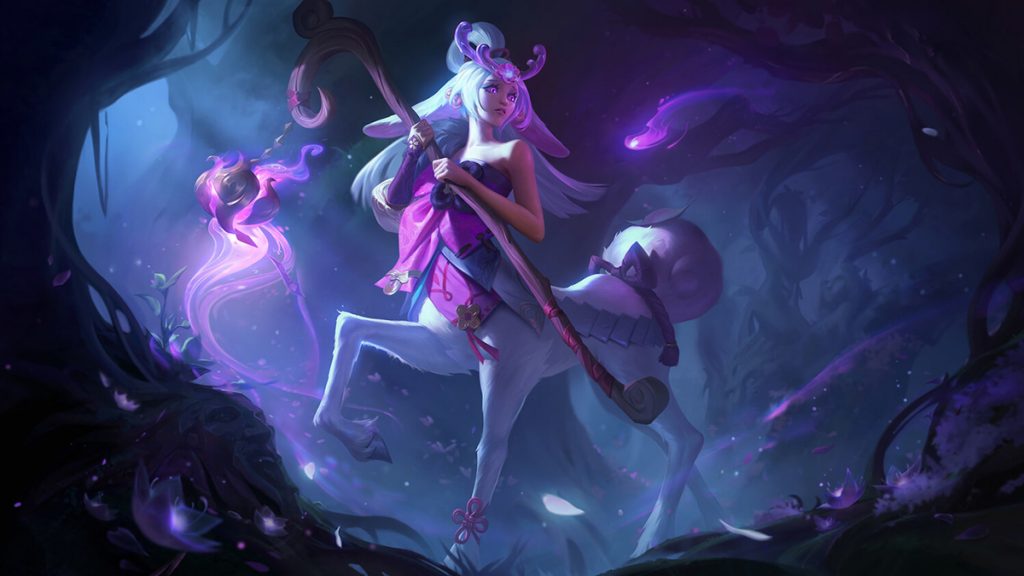 Lillia is the latest Champion coming to League of Legends. But how does she fit into the game and the current meta? (Photo courtesy Riot Games.)

Lillia is the latest Champion joining League of Legends in the form of an AP mobile damage dealer. Her kit makes her extremely mobile, and a potential AP carry with her true damage, burst and setup capabilities. But is she going to change the game in any way? Here we will analyze the potential for Lillia and see if she has a place in the meta.

Lillia’s kit is primarily a damage focused kit, with several abilities enhancing her damage. The purpose of this build is to issue consistent damage with her Q, followed up with burst damage from her W and R after effect.

She swings her branch and deals magic damage to nearby enemies and true damage at the outer edges. If the ability hits successfully, she gains bonus movement speed, stacking up to five times.

Her Ultimate adds an extra effect to her Dream Dust passive. Enemies affected by the passive will be slowed until they fall asleep for a duration of time.  When they awaken from damage, they take additional magic damage.

Her role as a jungler

Ideally, Lillia is a jungler, whose job is to gank lanes using the E to set up the gank, followed by maintaining a presence with her Q’s movement speed boost. The true damage enhancement on her Q followed by a well-placed W should be enough to secure an early game kill.

When Lillia hits level six, she gains her ult, Lilting Lullaby. This ability almost guarantees mid-game roaming success. Lillia, will aim to land her E, which allows her to activate her R and put the opponent to sleep. This means both players can get into a position to cement a successful gank. When in position the center damage off her W and bonus damage from the R issues lethal burst.

This strength also transitions well into teamfights. By building movement speed stacks before a fight, she can charge forward and begin applying her Q to enemy champions. If Lillia has built tanky, this is an excellent opportunity to kick-off a fight; otherwise, another form of engagement is viable if she has damage itemization.

Lillia’s early clear can be tricky and heavily relies on movement and landing the true damage on her Q. Lillia is a very squishy champion and jungle camps will hurt if she stands still to clear the camp. Luckily, the movement speed boost on her q means she can run laps around jungle camps without taking too much damage. However, this is a strength, as well. Because jungle camps build up her movement speed, she can be one of the fastest champions to assemble early game ganks off her first clear. The movement speed will have her flying out of the jungle into a lane if she so chooses. This one way to secure an early game lead.

Lillia’s itemization seems to mostly benefit off a Runic Echoes for the bonus burst damage in jungle items. This should then follow into a Boots of Swiftness or Merc’s treads, followed by Liandry’s Torment alongside a Rylai’s Crystal Scepter in there to boost the Liandry’s synergy with damaged CC opponents. These four items are core to the build to get the most out of her skirmish-based kit, and her rotting passive and burst damage. This is a great build for flattering her early burst damage, while also building herself up to deconstructing tanks later in the game.

The other two items remain a flex based on if she is fed or needs that late-game defensive stats. It is reasonable to build a Mejai’s Soulstealer for the stacking bonus AP for kill contribution if she starts snowballing. This could even follow into a Rabadon’s, Morrellonomicon or Void Staff for those full AP builds. On the contrary, Lillia will likely fall if she gets caught out by CC. Her health and stats do not seem particularly great, which is part of the reason why her core build is core, because it gives some defensive stats. Depending on the setup of the enemy team, items like Adaptive Helm and Dead Man’s Plate could be good choices.

Lillia can snowball the game if played right, but if she gets out jungled, it is a different story. Lillia is prone to early game damage, especially from champions like Nidalee, Lee Sin, Kha’Zix Graves and more. Some of these champions are even meta right now. If she gets into a scrap with those types of champions, Lillia is looking at taking more damage than she can give out in quick trades, which is enough to get her killed or make her fall behind.

Furthermore, her kit is advantageous if played right, but can also set her behind if it does not go her way. Compared to the likes of Elise, Lee sin, Trundle, and Graves, they all have kits that do not need to land necessarily. If one ability fails they have a back-up to get into the fight, or they have immediate movement speed benefits to close the gap without any skill involved. Three out of four of those champions are meta, which is a defining weakness of Lillia’s place as a competitive jungler.

Overall, Lillia does not seem to be particularly meta right now. While she is a viable option for shredding the likes of Trundle, Ornn, Volibear, and tank supports like Nautilus, Leona, and Thresh, she is quite underwhelming when compared to the dominant jungle champions currently in the meta. In a recent interview with Team Liquid’s Mads “Broxah” Brock-Pedersen, he mentioned it is not quite the champion he’d play or want to design because of the mechanics. Although, this could change as we saw when Volibear was rereleased. If any trailblazer does come along, it could be an LPL team, or a someone like Kim “Canyon” Geon-bu on Damwon Gaming, who enjoys extremely aggressive junglers.

As it stands, Lillia seems like a niche pick in competitive play for synergy reasons or a champion that can snowball an early game. Mostly, she looks fine the way she is, but she will not completely reshape the meta as it stands. She is a flavor pick or a strategic decision, or a champion that can work well in solo queue, which are all valid outcomes for her place in the game.